Cabbage is a member of the Brassica family of vegetables. It has been used for thousands of years as a food source. Cabbage is a versatile vegetable that can be eaten raw or cooked. It is also an excellent source of fiber, vitamin K, folate, vitamin A, vitamin B6, vitamin C, calcium, iron, magnesium, phosphorus, potassium, zinc, copper, manganese, and omega-3 fatty acids.

Cabbage is often referred to as a cruciferous vegetable because of its high levels of glucosinolates. Glucosinolates are compounds that give cabbage its characteristic flavor and aroma. They are also responsible for the health benefits associated with eating cabbage.

Cabbage goes well in every meal, whether it’s a stew, a salad, sautéed on its own, or filled with tasty meats. So, what do you do when you don’t have any cabbage? Or maybe you just don’t like cabbage in general but are open to new ideas. Of course, you’ll need a cabbage replacement! We’ll go through the best cabbage alternatives, and don’t worry, we took red cabbage into mind as well. Let’s have a peek now.

Cabbage is a versatile vegetable that can be used in a variety of ways. It can be eaten raw, cooked, sautéed, steamed, pickled, fermented, or even juiced. Cabbage has been around since ancient times and was once considered a superfood.

Today, cabbage is often overlooked because people think it tastes bitter. However, there are many ways to prepare cabbage without making it taste bad. In fact, cabbage is an excellent source of fiber, vitamin K, folate, calcium, iron, and potassium.

Here are some of the best cabbage substitutes you can use instead of regular cabbage.

This type of cabbage comes from Italy and France. Savoy cabbages tend to grow larger than other types of cabbage. The leaves are dark green and slightly crinkly. This makes them look more appealing than traditional white cabbage. 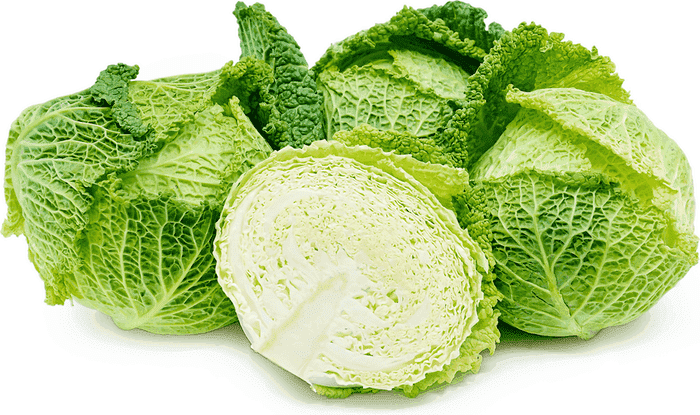 You can eat savoy cabbage raw, boiled, braised, baked, stir-fried, or stuffed. You can also make salads out of this kind of cabbage. You may use it for stuffed cabbage or any other way you’d use green cabbage once it’s softened. It’s a touch darker than green cabbage, which may range from light green to practically white. If you can’t locate any cabbage at all, even red, Savoy cabbage is the next best thing to green cabbage.

Learn More:  What can I substitute for heavy cream in Alfredo sauce?

These little buds come from Brussels sprout plants. These sprouts are usually harvested before they reach maturity. When mature, these sprouts will turn yellowish-brown. Their size ranges between 1/2 inch and 3 inches. 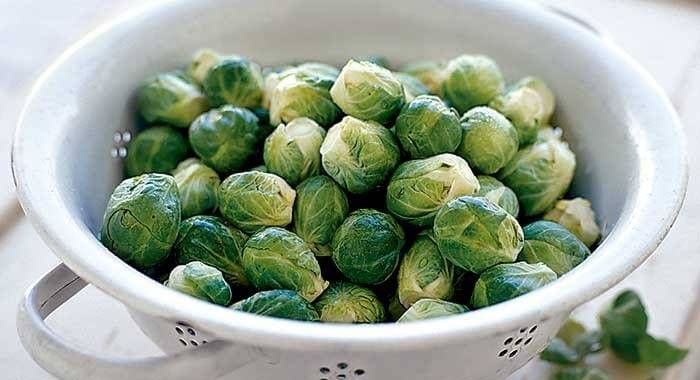 They’re very popular among vegetarians and vegans because their texture resembles meat. Some say that brussels sprout tastes better if they’ve been roasted first. But, you can still enjoy them raw too.

Brussel sprouts are odd little objects that resemble a little cabbage. They’re adorable, and they’re simple to cut into bite-sized pieces. Some are tiny enough to stay that way. The outer layers must still be peeled, exactly like cabbage. They’re fantastic in a stew or soup, or anywhere else you’d use shredded cooked cabbage. They’re also delicious barbecued! If you want to eat them raw, make sure to get the smaller ones. The larger ones might be a little bitter.

If you love broccoli, then you should know about another great alternative: Broccolini. Broccolini looks similar to broccoli, except that it grows longer stems. Its flavor is milder than broccoli, so you won’t miss anything by using broccolini instead. 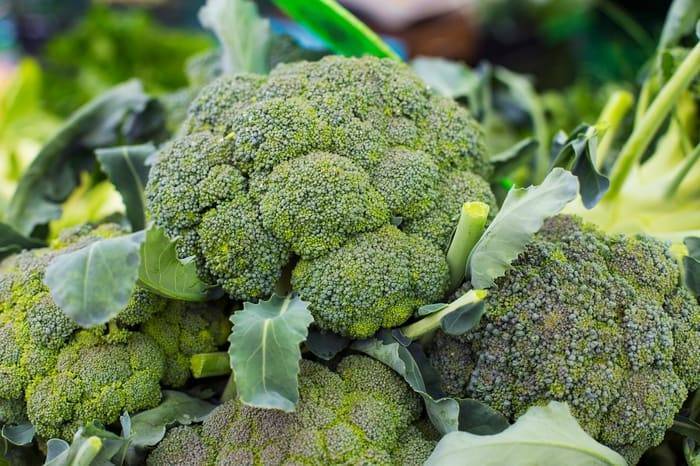 It’s easy to cook up, especially if you buy frozen broccolini. Just boil it until tender, drain off excess water, and serve. You can add salt and pepper to your liking. Broccoli is a delicious compliment to any meal, and you may choose to boil it or eat it raw. We recommend chopping it into smaller pieces and just utilizing the florets if it’s left raw. The stalks are far too tough when uncooked.

Keep in mind that broccoli cooks quickly and quickly become mushy. If you need to supplement cabbage in a stew, add the broccoli at the end to preserve the texture.

Another vegetable with a lot going on under its hood is cauliflower. Like broccoli, cauliflower has long, thin stems and small heads. Unlike broccoli though, cauliflower doesn’t have much crunch. Instead, it tends to be soft and creamy.

Learn More:  Can I substitute soy milk for milk? 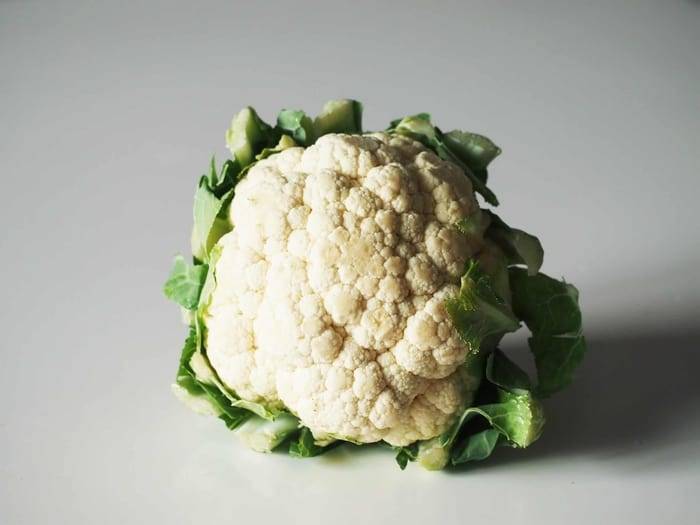 The most common preparation method for cauliflower is boiling. Boiling is fine as long as you don’t overcook it. Once it starts getting mushy, it loses its crispiness. So, keep an eye on it while cooking. Cauliflower will cook similarly to broccoli, however, it may break down a little faster. So, if you steamed, chopped, uncooked, sliced, or pureed broccoli, you’ll obtain the same outcomes as with white broccoli. However, cauliflower florets, when coarsely chopped, may easily be mistaken for cabbage in a salad, so they could just work better.

This one isn’t technically a substitute, but we thought it was worth mentioning anyway. Napa cabbage is actually a type of Chinese cabbage. It’s not really related to regular green cabbage, although some people think otherwise. This variety comes in many different colors including red, purple, orange, pink, etc. 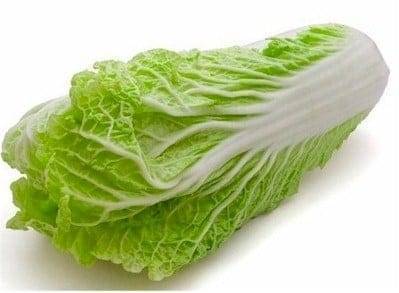 You can find napa cabbages year-round, even during the winter months. In fact, this kind of cabbage is often used in soups and stir-fries. Chinese cabbage is another name for Napa cabbage. It’s long and resembles romaine lettuce, but it’s lighter. Napa cabbage is significantly lighter in weight and flavor than normal green cabbage. However, because it’s simpler to work with, it’s ideal for salads (chop and mix). It could just work for filled cabbage, but you’ll have to steam the leaves first. You won’t be able to pack and roll them properly otherwise.

Bok choy is also known as pak choi. Bok choy is a member of the brassica family, which includes kale, collard greens, mustard greens, turnips, radishes, arugula, Brussels sprouts, rutabaga, kohlrabi, and more. These vegetables all share certain characteristics like being hearty, nutritious, and have a strong taste. 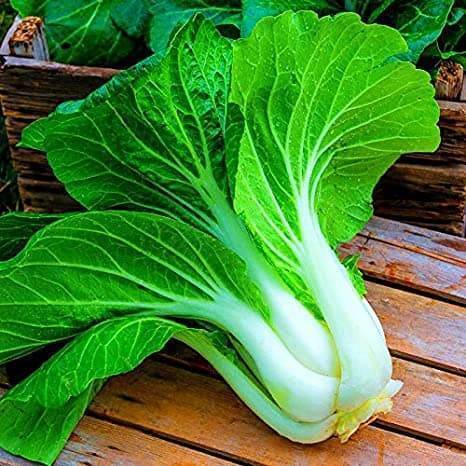 Bok choy is sometimes mistaken with Napa cabbage, although the two are not the same. The leaves of bok choy have higher contrast, with a deeper green towards the margins. If stuffing is required, the softer section of the leaves is more suited. The lower half is a little harder, but the whole thing is delicious in a salad or grilled. Bok choy, like ordinary cabbage, may be used in soups and stews. Keep in mind that bok choy has a milder flavor and aroma than cabbage.

Learn More:  Can you eat chipmunks? 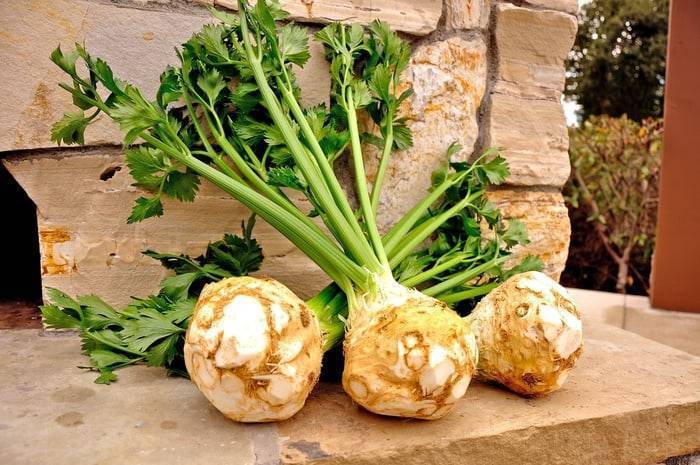 It’s important to note that celery root does contain starch, unlike other members of the onion family. What if cabbage, or anything like cabbage, is entirely out of the question? There are still a few alternatives available to you, and the first is as follows. Celery root has a strong flavor and may be readily be sliced into thin slices with a mandolin, which can then be further cut if desired.

Keep in mind that this root has an earthy, peppery flavor, so keep that in mind when using it in a salad. It will soften out in a stew or soup, but it will still remind you of the fall season and every veggie stew you’ve ever had.

In conclusion, there are plenty of ways to use cabbage without having to resort to eating it plain. Whether you want to make stuffed cabbage rolls, sauerkrauts, slaws, coleslaws, or any number of other things, you should always consider what else might go along with your dish.

When choosing between cabbage and its substitutes, remember that they each offer their own unique benefits. Some are better at making fillings while others are best for salads.

Halloumi cheese has become very popular over the years. What did you think was that delicious taste? Well, if you’ve tried it before, then you might already know what halloumi tastes like. If not, this video will show you exactly what it tastes like. He is now considered one of Greece’s national dishes. In fact,…

Selling coffee at farmers markets has become very popular lately. Is it worth it or should I stick to my regular job?The demand for fresh organic food is growing rapidly. According to the USDA, Americans spent $1.2 trillion on groceries last year. This number is expected to increase by another $1.6 trillion by 2023. As…

Continental Breakfast is a term used to describe a meal consisting of a variety of foods served at once. It is usually eaten before leaving home or during travel. A continental breakfast typically consists of bread, cereal, eggs, bacon, sausage, juice, coffee, tea, milk, etc. The food items are often placed on the table in…

Are you ready to try eating a barracuda? Barracudas are large predatory fish found in tropical waters around the world. They are known for their aggressive nature and powerful jaws. I’m going to show you how to cook a barracuda. This recipe is very simple and quick. What Does Barracuda Taste Like? Barracuda fish is…

Self-cleaning ovens are great, but they also come with some risks. How hot does a self-clean oven get?Self-cleaning ovens heat up to 500 degrees Fahrenheit 260 degrees Celsius during operation. This means that food cooked inside the oven will likely burn or even explode if left unattended.To prevent such accidents, manufacturers recommend keeping the door…