Sesame seeds are often used in cooking because of their nutty flavor. Sesame seeds are also known for their health benefits. They are high in antioxidants and contain essential fatty acids. Sesame seeds are ubiquitous, and you might not notice them since you see them so regularly. On burger buns, pastries, bread, breadsticks, certain ice cream flavors, sesame oil, sushi, as part of a dessert filling, and so on We used to only know one type of sesame: plain old off-white sesame. However, during the last decade or two, black sesame has become increasingly prevalent in white sesame goods.

Contents show
1 Black vs white sesame seeds
1.1 Sesame seeds come in different colors
1.2 The hull is not present in all black sesame.
1.3 Hulled sesame seeds are a little less bitter.
2 Why is black sesame more expensive?
3 Can I use black sesame instead of white ?
3.1 Related Posts 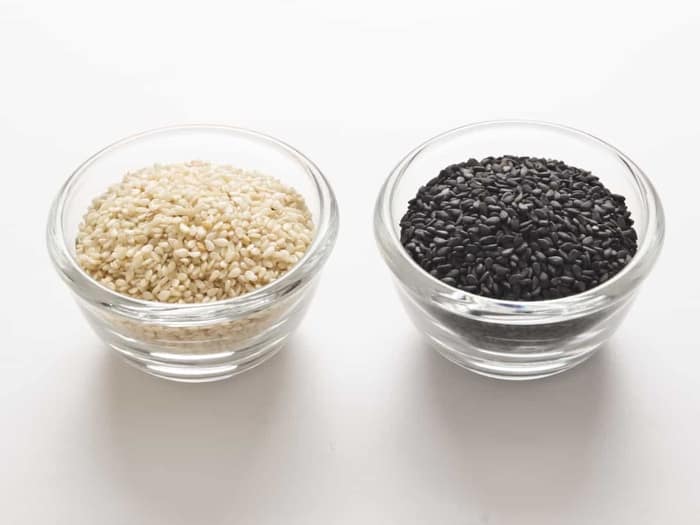 Black sesame seeds are higher in protein and lower in fat than their white counterparts. They are also rich in minerals such as calcium, phosphorus, iron, magnesium, and zinc.

What makes these differences even more interesting is that they can be traced back to where the plants were grown. Black sesame seeds come from China while white ones originate from India. The Chinese have been growing this variety for thousands of years. It was originally cultivated by farmers who would plant the seeds directly into fields after harvesting rice crops. This practice eventually led to the development of new strains of sesame that had better nutritional qualities. These newer strains became popular among chefs and food manufacturers. 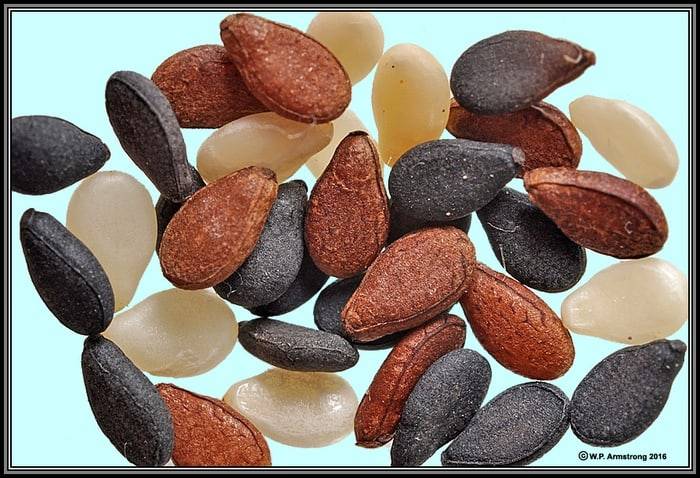 Red sesame seeds are very small and light orange in color. Like brown sesame seeds, they are processed before roasting. You might be shocked to learn that there are several types of sesame. Each type is also distinguished by its hue. The off-white creamy sesame seed is the most prevalent in Europe and America. It was the only known sesame seed for a long period. Light brown, light blue, black, reddish-brown, gold, and grey are some of the other seed hues.

These are only several varieties of the same off-white sesame. Black sesame seeds are widely used in Asian cuisine, with Japan being the largest importer. We’re not sure why we grew up thinking white sesame was the only type of sesame, but finding out there are other varieties rocked our world.

The hull is not present in all black sesame.

Some black sesame seeds do not have the hulls attached. If you buy them at your local grocery store or health food shop, make sure you check if the package says "hulled." Hulling removes the outer layer of the seed so that it’s easier to grind. Without the hull, the oil will separate during storage.

The best way to tell whether a particular batch of black sesame seeds has the hull intact is to try one yourself. Let’s have a look at the hulled and the overall problem. Sesame, like every other seed, has an outer shell, followed by a hull, and finally the seed. The hull is edible since it is thin and easily digested. It’s what gives whole sesame seeds their nuttier, slightly bitter flavor.

The majority of sesame is hulled, which means that after harvest, the seeds are rubbed together in a machine, causing the hull to flake off. They’re still raw seeds, and that’s how they’re nearly always packaged and sold. They are acceptable as is, but you may toast them for a more flavorful result.

When compared to whole sesame seeds, white sesame seeds will look less bitter and nutty since they are virtually always hulled. Black sesame is generally nuttier and crunchier than hulled white sesame since it is almost always entire.

Why is black sesame more expensive?

Sesame prices fluctuate based on supply and demand. Since black sesame is rarer than white sesame, it commands higher prices. This makes sense because it takes much longer to grow and process. There are fewer farmers who specialize in growing this crop. 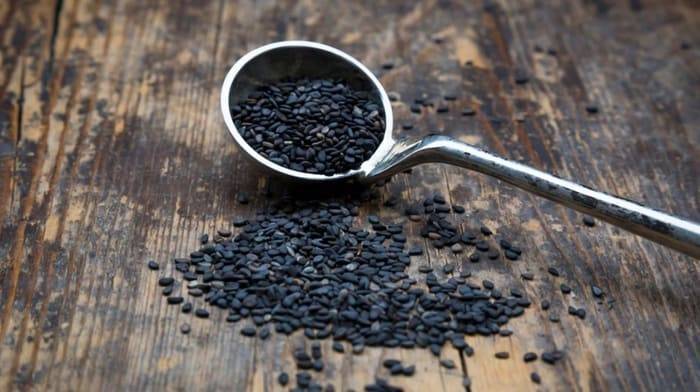 There are many different ways to roast sesame seeds. Some people prefer to use a dry heat method while others opt for a wet heat method. Dry roasting involves placing the seeds directly over fire until they start popping. Wet roasting requires soaking the seeds first. Both methods work well, though each has advantages and disadvantages.

Can I use black sesame instead of white ?

However, the taste won’t be quite right. That said, you should definitely experiment with these two kinds of sesame seeds. Try mixing them into bread dough, sprinkle them onto salads, toss them into stir-fries, add them to smoothies…the possibilities are endless.

In conclusion, both types of sesame seeds are delicious when roasted. However, black sesame seeds tend to be more bitter than white sesame seeds. You’ll notice that most recipes call for using either white or brown rice flour. These are usually interchangeable.

I hope this post was informative and all your food curiosities have been resolved.

Margarine has long been considered healthier than regular butter or other oils, but now some experts say it might not be such a good idea after all. Can you really replace margarine with olive oil?Margarine was created in 1869 by French chemist Hippolyte Mège-Mouriès. He wanted to create a food that would last longer without…

How long does green chilli last after being cut from its stem?Green chillies are spicy peppers that come in various shapes and sizes. They are usually found fresh or dried in supermarkets. The stems of these chillies are often discarded because they are too tough to eat.Green chillies are very perishable. If left uncut, they…

In Indian cooking, tamarind paste is utilised as a sour agent. It’s produced from the tamarind tree’s seeds. Tamarind is a fruit that grows throughout India and Southeast Asia. It’s a popular ingredient in Indian cooking. Tamarind can be purchased dry or as a paste. Tamarind is used in a variety of Indian cuisines, including…

What can you do about the smell? If you have a problem with the smell of fried foods, try using baking soda. Baking soda is a natural product that neutralizes odors. It works well if you put it into the air vents of your oven. To get rid of the odor from your kitchen, sprinkle…

Do you ever wonder if you can get sick from eating expired food? If you eat something that has gone off then you could end up with stomach ache, nausea or diarrhoea. This is because bacteria can multiply rapidly at room temperature. 1 In this blog post I’m going to tell you whether you can…