Buttermilk is a type of cultured milk that has a thicker consistency compared to regular milk. It’s similar to sour cream or yogurt, but much thinner. It was originally created centuries ago, but has become less common since pasteurization became widespread. Today, buttermilk is often only found at specialty markets or in some grocery stores. 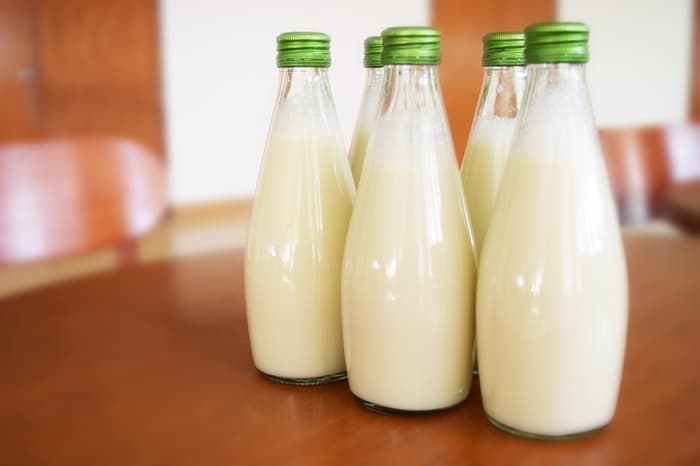 Can you boil buttermilk?

Buttermilk can be heated to a boil, which will cause it to curdle. Buttermilk will become gritty, thick, and sour when heated to high degrees, making it unsuitable for drinking but a wonderful choice for baking and frying.

Buttermilk begins to curdle when heated as it approaches the boiling point. Low in fat and heavy in protein, buttermilk undergoes structural change when heated. It is suggested that you add buttermilk as your meal approaches completion and is not exposed to heat for a prolonged period of time to avoid buttermilk curdling.

Why does buttermilk curdle upon boiling?

Buttermilk has a low pH, just like yogurt. Heat and a high acid level cause the buttermilk to alter structurally. Buttermilk coagulation is caused by a shift in the charge of the casein protein, which causes it to group together.

Heat accelerates the process and causes buttermilk to curdle at a high rate, even though the presence of acid is sufficient to promote a slow clumping of the proteins. Buttermilk is still safe to use, but the change from a creamy to a sour flavor won’t work with most foods.

To avoid ruining your dish, substitute soured buttermilk for the yogurt if you must use it.

How to prevent buttermilk from curdling on heat exposure?

The most important and straightforward action is to add the buttermilk at the very end of the recipe or to cook it over very low heat in order to avoid it from boiling.

The addition of other components, such as starches like flour or cornstarch to maintain the buttermilk emulsion, could potentially stop the curdling process.

While some recipes, such as Buerro Monte, can aid in the creation of stable milk. You can boil buttermilk without it curdling if you use 2% sodium citrate to denature the protein.

Therefore, if you wish to boil the buttermilk without making it curdle, add sodium citrate. On the other hand, you will enjoy the smooth and zesty texture.

What is buttermilk and how is it made?

Buttermilk is a crucial component in several cuisines because of its delightfully tart and creamy flavor. In a straightforward method, lactic acid bacteria are added to low-fat or non-fat milk to create buttermilk.

It’s interesting to note that the original buttermilk came from churning butter. The liquid that was left over after making buttermilk had a creamy and tangy flavor and was used to make baked items like bread and cakes as well as to drink.

Buttermilk is a great leavening agent due to its acidity. Many bakers use buttermilk in place of baking powder to create a leavening effect and give their baked goods a rich, creamy flavor.

Low-fat milk is combined with the streptococcus lactis culture to create buttermilk. The buttermilk’s famous thick and creamy texture and flavor are caused by the acid that the bacteria create. Leuconostoc Citrovorum, a different ingredient, can be used to enhance the buttery flavor. Manufacturers occasionally add citric acid, salt, or butter flakes to improve the flavor. 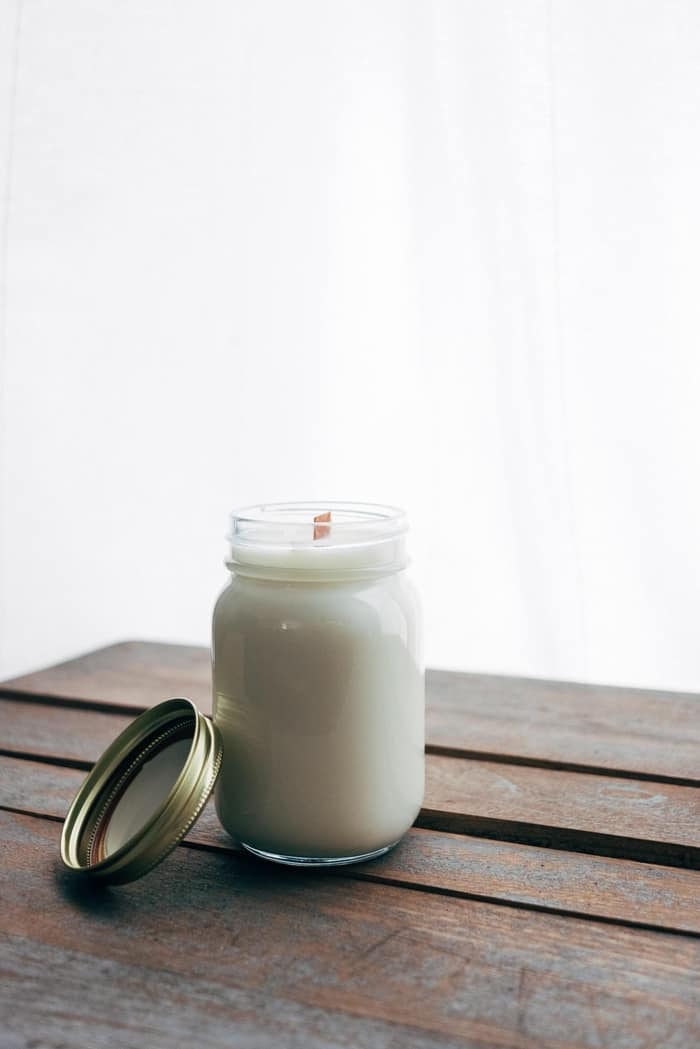 Similar to how yogurt is manufactured, lactic acid bacteria ferment milk to produce cultured buttermilk. Another kind is known as Bulgarian buttermilk, which is thick, tart buttermilk made with yogurt cultures.

What is buttermilk used for?

Due to its capacity for producing a distinct flavor and texture, buttermilk is utilized in both baking and cooking. In order to create smooth, creamy, and tasty baked goods, baking soda and buttermilk are combined.

With baking soda acting as the base and buttermilk acting as the acid in many culinary products, a pleasing taste and texture are produced. In baked goods like bread and cakes, a neutralization reaction causes the food to rise, giving it a fluffy and soft texture.

However, buttermilk is added to the marinade in dishes like fried chicken to induce the tenderizing effect in the meat and poultry.

Buttermilk replaces yogurt and mayonnaise in soups, salads, and sauces by adding creaminess and pungency.

Can you boil buttermilk?

Yes, you can boil buttermilk. Buttermilk contains lactic acid bacteria, which help to curdle milk into yogurt. This process happens naturally when you let milk sit at room temperature for 24 hours. To get started, pour 1 cup of whole milk into a saucepan. Heat the milk until it reaches 180 degrees Fahrenheit, or about 90 degrees Celsius. Remove from heat and stir in 2 tablespoons of white vinegar. Let stand for 10 minutes. Pour the mixture into a bowl and refrigerate overnight. In the morning, skim off any foam that forms on top. Use the liquid to make pancakes, waffles, biscuits, muffins, cornbread, and other baked goods.

Why does buttermilk curdle upon boiling?

When heated, the milk proteins denature unfold and aggregate together. As the protein aggregates, the pH drops and the milk becomes acidic. The acidity of the milk causes the lactic acid bacteria present in the milk to begin producing acids called lactones. Lactones are responsible for the sour taste of buttermilk.

How to prevent buttermilk from curdling on heat exposure?

To avoid buttermilk from curding on heat exposure, you can try adding vinegar to the milk. Vinegar lowers the pH of the milk and prevents the formation of lactones.

What is buttermilk and how is it made?

Buttermilk is a type of cultured dairy product. It is produced by fermenting skimmed milk with lactic acid bacteria LAB such as Lactobacillus bulgaricus and Streptococcus thermophilus. These bacteria convert sugars into lactic acid, resulting in a tangy flavor. Buttermilk contains about 10% fat, compared to regular milk, which has 3%.

What is buttermilk used for?

Buttermilk is traditionally used in baking and cooking. It adds a tangy flavor to baked goods, especially biscuits and pancakes. It is also used as a starter culture for bread doughs. How to make buttermilk 1. Combine 1 cup whole milk with 2 teaspoons lemon juice or vinegar. Let stand 5 minutes.

What happens if you heat buttermilk?

Yes, you can heat buttermilk in a microwave. Buttermilk is a type of milk product that contains about half the fat content of regular milk. It is usually used as a starter culture for bread making. To make buttermilk, you simply mix 1 part whole milk with 2 parts vinegar. This mixture is left to sit for several hours or overnight until the acidity level reaches 4% or higher. Then, you can heat the mixture in the microwave. However, if you heat the mixture in the oven, you won’t get the same results as heating it in the microwave.

Is it OK to heat buttermilk in the microwave?

Buttermilk is a dairy product that contains lactose, which is milk sugar. It is used in baking recipes because it adds moisture and tenderness to baked goods. Buttermilk is acidic, so it reacts with other ingredients when heated. This reaction produces acetic acid, which gives buttermilk its sour taste. Acids react with proteins in flour to form gluten, which gives bread dough elasticity and chewiness. Buttermilk also helps leaven breads, especially when combined with baking soda.

Why is my buttermilk curdling?

Buttermilk is a dairy product that contains milk solids and water. It is usually heated to about 180 degrees Fahrenheit 82 degrees Celsius to kill bacteria and prevent spoilage. But if you heat it above 185 degrees Fahrenheit 85 degrees Celsius, the milk proteins will coagulate and form a solid mass called curds. This is what happens when you make cottage cheese. To avoid this problem, you can heat buttermilk in a double boiler. A double boiler consists of two pans placed side by side. One pan holds hot water while the other holds the buttermilk. Heat the buttermilk slowly until it reaches the desired temperature.

Can we prepare buttermilk with hot water?

Yes, you can. Buttermilk is milk that has been curdled by adding acid such as lemon juice or vinegar. It is used mostly in baking and cooking. To make buttermilk, simply mix 1 cup of regular whole milk with 2 teaspoons of white vinegar or lemon juice. Let stand for 5 minutes, then stir well. Store covered in refrigerator for up to 3 days.

How do you heat buttermilk without curdling?

What happens if you heat up buttermilk?

Yes, it’s safe to heat buttermilk using a microwave oven. Buttermilk is a milk product that contains lactic acid bacteria LAB cultures. It is used to ferment dairy products such as butter and cheese. LAB cultures break down lactose into lactic acid, which gives buttermilk its characteristic tangy flavor. To prevent spoilage, buttermilk should be refrigerated after opening. However, if you’re heating buttermilk in the oven, you’ll need to read closely because it can easily burn. Heat buttermilk slowly in the microwave, stirring every 30 seconds until it reaches the desired temperature. For safety reasons, never leave children unattended while heating buttermilk in a microwave.

Can you heat buttermilk in the microwave?

Buttermilk is a milk product that contains lactose milk sugar. It is usually produced from cow’s milk by adding acid to curdle the milk. Buttermilk is used in many recipes, especially baking. It is used as a substitute for sour cream and yogurt because it has a similar consistency. Buttermilk is not recommended for infants under 1 year old because it could cause diarrhea.

Brie cheese has become a favorite of many foodies around the globe. It’s creamy, tangy, and delicious. But did you know that some types of Brie aren’t safe to eat after being frozen?The FDA says that freezing does not affect the safety or quality of foods. In fact, they say that freezing preserves food longer…

Carrots are known for their ability to improve eyesight, boost energy levels and even fight cancer. But did you know they can also turn your skin orange?Carrot juice has long been touted as a natural remedy for a variety of ailments. In fact, it was once believed to cure everything from acne to arthritis.But carrot…

Icing sugar is often used in baking recipes, but what else can you use instead?Icing sugar is a white granulated sweetener commonly found in cakes, cookies, ice cream, and other desserts. It has a light, fluffy texture and dissolves easily in liquids. In addition to being delicious, icing sugar also adds sweetness and helps prevent…

I can’t believe that some people don’t even know what butter is. Can you really bake without it?Butter has become synonymous with baking. In fact, it’s often considered the secret ingredient to great baked goods.Butter is also a staple food item in many countries around the globe. And although it’s relatively inexpensive, it’s also high…

Almond milk has become a staple in our homes. The problem is, once opened, it goes bad very quickly. How much time should I expect before my almond milk spoils?Almond milk is a great source of protein and calcium. It also contains vitamin D and potassium. It’s a perfect drink for breakfast or lunch.Once opened,…