Yes, bottled water can go bad in the heat.

It’s a good idea to think carefully before reaching for that plastic water bottle to keep yourself hydrated on a hotter day.

Rolf Halden, head of Arizona State University’s Biodesign Institute’s Center for Environmental Health Engineering, argues that the hotter it gets, the more things in plastic can go into food or drinking water.

A small quantity of chemicals is released from most plastic objects when they are used to hold liquids or meals It is well known that as temperature and time increase, chemical bonds in the plastic begin to break down, increasing the likelihood of chemicals. Although the FDA claims that tiny doses of the chemicals are not harmful, scientists who study the long-term consequences of living surrounded by plastic warn that all those small doses might build up to a huge problem.

In the summer, a single-use bottle is perfect

Polyethylene Terephthalate, or PET, is the most common type of plastic used to make most of the water bottles you see in supermarkets. Most curbside recycling systems accept it because recycling is number one. 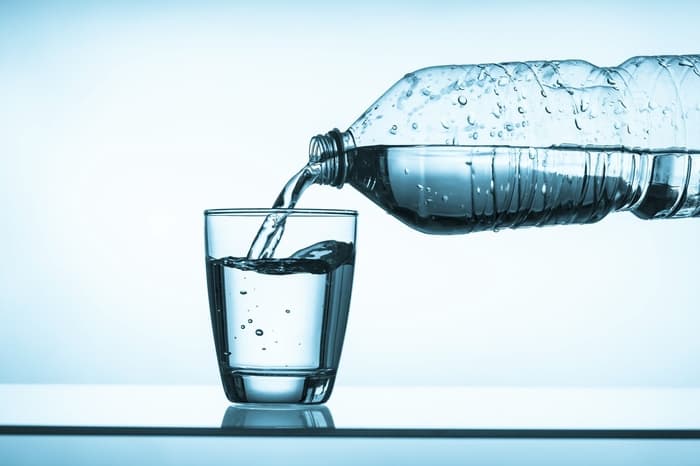 Researchers at Arizona State University examined how heat accelerated the release of antimony from PET bottles in 2008 research. The NIH notes that antimony, which is used to make the plastic, may be hazardous in large concentrations. A safe amount of the chemical was determined by researchers in 70-degree weather when the bottled water was analyzed. As a result, the water became polluted faster as the temperature rose.

Cars heated to above 150 degrees Fahrenheit during the summer months are not uncommon. After 38 days of heating in the lab, antimony levels in water bottles surpassed safety guidelines.

There is a tendency for polymers like plastic bottles to decompose when heated, and these chemicals can migrate into the beverages they contain, writes Julia Taylor of the University of Missouri.

Water marketed in Chinese water bottles included high levels of antimony and a hazardous chemical called BPA, according to a 2014 study. Earlier this year, scientists discovered significant amounts of antimony in Mexico’s bottled water. To illustrate worst-case situations, both investigations examined water that has been exposed to temperatures above 150 degrees Fahrenheit.

According to the International Bottled Water Association, customers should store bottled water in the same circumstances as they store other grocery items in their homes. 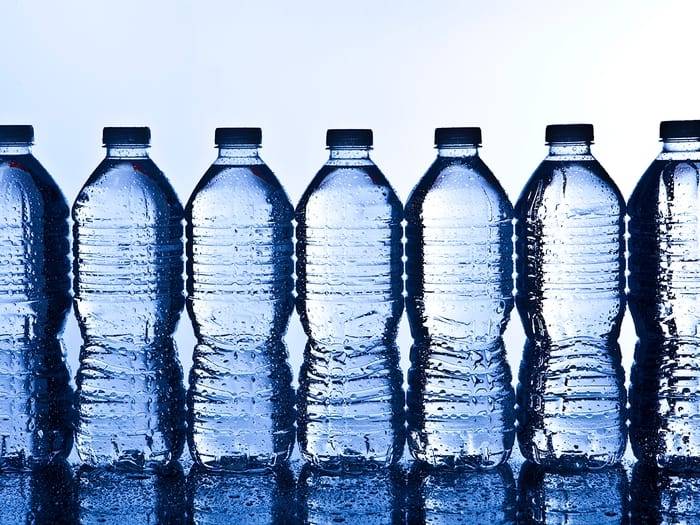 As a result of this, bottled water plays a vital function as long as you’re not at risk of being dehydrated, the container does not matter. There is no benefit to utilizing all of these bottles for the ordinary customer, adds Halden.

What about receptacles that may be used again and again? 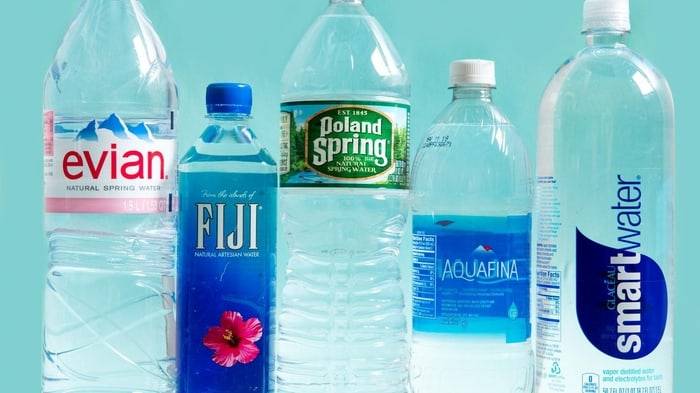 Manufacturers frequently employ bisphenol-A, or BPA, to make such bottles rigid and glossy, a chemical that has been criticized for its toxicity. BPA is an endocrine disruptor, which means it can interfere with normal hormone activity and cause a variety of health problems. The chemical has been related to breast cancer in studies.

BPA is prohibited in infant bottles and sippy cups, but the FDA has found no evidence to warrant further limitations.

Despite this, several manufacturers have responded to customer concerns by eliminating BPA from their goods.

“’ BPA-free’ does not always imply ‘safe.’ “Taylor explains. She points out that, despite its dangers, bisphenol-S is frequently used as a substitute “structurally identical to BPA and has many of the same properties”.

There have been fewer studies on what happens to water when it is kept in reusable water containers at high temperatures, but a study that involved pouring boiling water into polycarbonate found that more BPA leached out as a result.

“The bottom line is that glass is better than plastic, wherever possible,” says Taylor. “Otherwise, the message should be to keep the water bottle in a bag or covered when not in use (not exposed to bright sunlight for long periods) and not to leave plastic bottles in a hot car as temperatures rise fast at this time of year.”

How Does heated Bottled Water Affect Your Health? 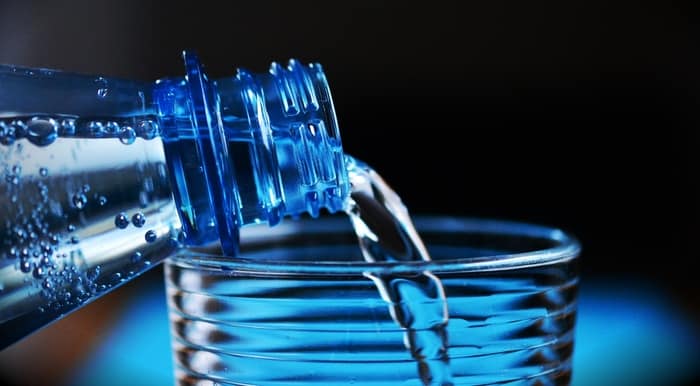 Overexposure to plastic can have the following health consequences:

·         Increases the chance of getting a metabolic disease.

·         Effects on development and reproduction, such as reduced fertility

·         Children who have been exposed to plastic have been born with birth abnormalities.

Do you ever wonder if drinking bottled water is safe?
Bottled water has become very popular due to its convenience.
However, there are concerns about the quality of the water and whether it’s safe to drink.
Bottled water is often touted as being safer than tap water because it doesn’t contain harmful bacteria.
However, recent studies explain that bottled water does not always meet safety standards.
In fact, it could even pose health risks.

Can bottled water go bad in the heat?

In the summer, a single-use bottle is perfect

Bottled water is convenient, but it’s not always safe. In the summer, a single use bottle is perfect. You can buy them at any grocery store. They’re usually sold in packs of 10 or 20 bottles. Just remember to bring them back to the store after you finish drinking them.

What about receptacles that may be used again and again?

Receptacles that may be used repeatedly are called "disposables." Disposables are generally made from plastic, paper, cardboard, or metal. They are designed to be thrown away after each use. Disposables are available in many shapes and sizes. For example, disposable plates, cups, utensils, napkins, straws, and cutlery are common items found in restaurants and cafeterias. Disposables are also used in schools, hospitals, nursing homes, and other places where cleanliness is important. Disposables are typically made from materials such as polyethylene PE, polypropylene PP, polystyrene PS, polyvinyl chloride PVC, polyester PET, and/or nylon. These plastics are inexpensive and easy to mold into different shapes. However, disposables are not biodegradable and can take hundreds of years to decompose.

How Does heated Bottled Water Affect Your Health?

Is it bad to leave water bottles in the sun?

Bottled water is a convenient way to get clean drinking water, but it’s important to know how long you can leave it outside before it starts to spoil. Water stored in glass bottles is safe to drink after three months if it’s protected from direct sunlight. Plastic bottles can last longer, depending on the type of plastic and whether it’s exposed to light or air. Bottles made of polyethylene terephthalate PET can stay good for two years if they’re covered and stored in a cool place. Polycarbonate bottles can last five years if they’re stored in a dark area and aren’t exposed to extreme temperatures.

Is it bad to leave water bottles in the heat?

Plastic is not only useful but also versatile. It is used for everything from packaging to building materials. But when left outdoors, it becomes vulnerable to sunlight, rain, wind, and other elements. Sunlight breaks down the chemical bonds between atoms in plastics, causing them to lose strength. This process is called photolysis. Rain washes away the chemicals that hold plastics together, making them brittle. Wind blows off pieces of plastic, exposing new surfaces where bacteria can attach. And ultraviolet rays break down the molecular structure of plastics, making them weaker.

How long can bottled water sit outside?

It depends on what type of bottle you have. Plastic bottles are usually made from polyethylene terephthalate PET and are very durable. However, when exposed to heat, PET can degrade into smaller molecules called phthalates. Phthalates are used as plasticizers and softeners and are found in many household products such as explainer curtains, vinyl flooring, and children’s toys. When heated, phthalates can leach into liquids stored in these containers. In addition, they can enter the body through the skin. These substances are known to cause health problems such as reproductive toxicity, hormone disruption, cancer, birth defects, and developmental abnormalities. Glass bottles are generally made from borosilicate glass, which is stronger than regular soda-lime glass. However, glass bottles are heavier than plastic bottles and therefore take longer to boil.

Why is it bad to leave water in the sun?

Sunlight can damage plastic, even if it doesn’t explain any physical signs of damage. It’s important to protect your water bottle from direct sunlight because UV rays can break down the chemical bonds in the plastic and change the molecular structure of the material. This can lead to changes in color, texture, and strength. You can prevent damage caused by sunlight by keeping your water bottle indoors during the day. Store your water bottle in a cool place not the refrigerator and avoid leaving it outside in direct sunlight. If you’re worried about the safety of your water bottle, choose a glass bottle instead. Glass bottles are safer than plastic because they won’t absorb harmful chemicals from the environment.

What happens if you leave water bottles in the sun?

Yes, but not always. Sunlight can damage plastic, especially clear plastics such as polycarbonate. But, it’s unlikely that you’ll ever see any visible signs of damage from sunlight exposure. What does "sunburn" mean?

What happens to plastic in the sun?

If you leave water bottles in direct sunlight, they can get really hot. If you touch the bottle, you could get burned.

Water left in direct sunlight can become very hot. This is because the sun’s rays penetrate the surface of the water and heat it from below. As the water heats up, it expands and becomes heavier. Because of this, the heated water sinks to the bottom of the container and cools down. Water left in direct sunlight can get extremely hot. It can even burn skin if touched.

In sum, it’s best to use your own judgement when it comes to bottled water. If there’s one thing we learn from the study, it’s that we should trust our own senses and not rely on the calendar date.  If bottled water tastes like it’s gone bad, then it’s bad and you should throw it out.

Sushi rice is a type of short-grain Japanese rice used in making sushi. It is usually cooked in a rice cooker. Sushi rice is very sticky and needs to be soaked in cold water for about 30 minutes before use. The reason why it’s called “short-grain” is that the grains are shorter than those found…

Do you ever wonder if you can put soda in a pressure cookers? Well, the answer is yes! There are several different types of pressure cookers out there, but the ones that are used for making soda are called Soda Pressure Cookers. These are designed specifically for cooking soda. I’m going to explain you how…

Have you ever had a problem with your slow cooker? Maybe you forgot to turn it on or left it unattended for too long. Whatever the reason, you probably want to get it fixed ASAP. If you don’t know where to start, read our guide below. Slow cookers are great kitchen appliances. They allow you…