We’ve all done it and thought nothing about it. I know I have. When you slice open a fresh bell pepper and prep it for a meal, what’s the very first thing you normally do? You toss out the seeds! Not just the seeds but the white spongy material lining the inside of the pepper, also known as the pith (or placenta). But at the very least you’re curious if bell pepper seeds are edible, otherwise, you wouldn’t be reading this article. Right? Well, here’s the answer. Are you ready? Yes, you can eat bell pepper seeds. There’s absolutely nothing to worry about – they are perfectly safe and they can be healthy. Whether you’ll want to, well, that’s a different matter. They have a taste profile that most people won’t like, which is the reason they’re not used in most recipes.

What Happens If You Eat Green Pepper Seeds?

It’s OK to eat bell pepper seeds or add them to your cooking. As long as these seeds aren’t black or covered with mold, they are edible and have no toxic compounds. While you may not enjoy the taste, they won’t get you or your family sick.

Nothing terrible will happen to you if you eat seeds from green peppers. While not everyone’s a fan of how these seeds taste, they aren’t poisonous. 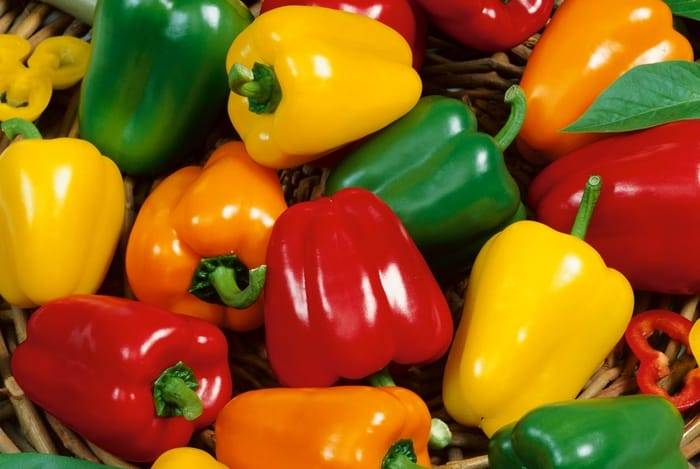 Arguably, it makes the most sense to keep bell pepper seeds in a meal with green peppers versus red, yellow, or orange varieties. Since green peppers are harvested early in the season, they have a naturally bitter and almost grassy taste. These flavors are complementary to the astringent notes in bell pepper seeds.

By contrast, more mature bell peppers are well known for their sweet profile. If you mix bitter seeds with red bell peppers, you can understand how these flavors would clash.

Are Bell Pepper Seeds Good for You?

The short answer is yes, they are. One study analyzed the nutritional content of bell pepper seeds and the pith (placenta).

They discovered the seeds were rich in several minerals including calcium, magnesium, zinc, and iron, which are beneficial in supporting bone/tissue and enzymatic processes.

It wasn’t clear in the study the exact number of seeds being studied, so it’s difficult to determine how much you would need to consume to get any health benefits, but when it comes to eating right, every little bit helps.

Despite being classified as chili peppers, the most common variety of bell peppers, Heirloom, are not spicy and neither are their seeds. The reason for that is they lack capsaicin, which is what gives peppers heat. In the absence of capsaicin, no spiciness will singe your taste buds.

Peppers like these have been purposely produced to have a recessive gene that prevents capsaicin from being produced in the pepper. Mostly this is done to make them easier to eat and more tolerable for those with sensitive palates.

Rather, the bell peppers that most of us are familiar with are the furthest thing from spicy, especially when they’re perfectly ripe. They are crisp, mouth-watering, and carry a hint of sweetness on the tongue.

Should You Remove Seeds from Peppers? 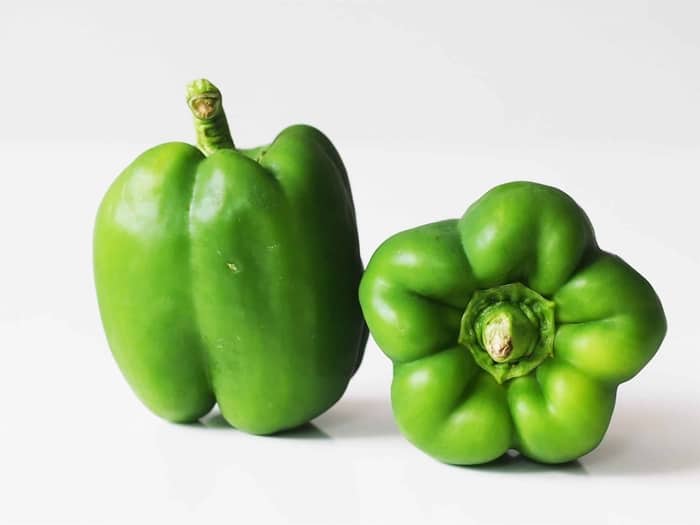 If you’re considering removing them out of fear of taking an unexpected tongue-sizzling bite, then put that fear to rest. As mentioned earlier, bell pepper seeds won’t make your meal spicy.

However, remove the seeds from your recipe if the mouthfeel and texture of the food are a concern. For example, if you’re making sauces (other creamy-textured foods), then eliminating the seeds will help with the consistency.

After all, the last thing you want to do is slave over a meal only to have seeds everywhere.

Removing the seeds is very simple.

Begin by slicing off the top of the pepper and removing it. Using a teaspoon, dig inside the pepper and dislodge the pith and the seeds. Once they’ve come loose, simply scoop them out. Be sure and hunt around for those last stubborn bits!

Your pepper is ready to use. Slice it. Dice it. Mince it. Whatever you want! 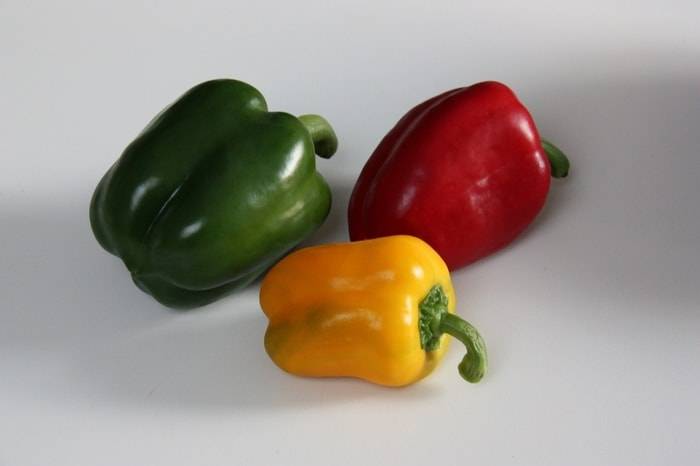 No, bell pepper seeds are not dangerous.

They are safe to eat if that’s something you want to do, and as mentioned in an earlier part of this article, the seeds of bell peppers contain valuable minerals like zinc and iron, among others.

Can You Cook Bell Pepper Seeds?

Again, that comes down to personal preference and your willingness to experiment with food.

However, most will find the taste of the seeds quite unpleasant – they can be earthy and bitter. Once cooked, the taste doesn’t change much and you may find them difficult to chew. They may also get stuck between your teeth or on the back of your throat when you swallow.

Do you think eating bell peppers seeds is healthy?
Well, it’s true that they contain vitamin C but there are other things you should know before you start chomping down on them.
Bell Pepper Seeds – Can You Eat Them?
https://youtu.
be/cZ0_mfRjbzM I’m going to talk about the health benefits of bell pepper seeds and whether or not you can eat them.

Yes, you can eat the seeds from bell peppers. But if you are allergic to any part of the plant, you should not consume the seeds. It is advisable to remove the seeds from the pepper after you have cooked it. This way you won’t get any unwanted side effects.

It is a type of pepper that grows on cherry trees. It is used in many dishes such as salads, soups, stews, sauces, and other recipes. It is very tasty and delicious. It is also known as sweet pepper because it contains a higher level of sugar than regular green peppers. Pimento:

Roasting peppers is a great way to enhance flavor and bring out the natural sugars in the peppers. It is important to remove the seeds from the peppers before roasting because they will burn easily. To roast peppers, place whole peppers directly onto a hot grill or under a broiler until blackened. Remove from heat and let cool slightly. Peel off charred skin and discard. Cut peppers into strips. Place in a bowl and toss with olive oil. Sprinkle with salt and pepper. Serve immediately or refrigerate up to 2 days.

Can you eat bell pepper seeds?

Yes, you can eat the seeds of any type of pepper. However, if you want to get the maximum nutritional value from your peppers, you should only eat the fleshy part of the pepper.

You can eat the seeds of red bell peppers. But, if you want to maximize the nutrients from your peppers, you can only eat the fleshy parts of the pepper.

Red bell peppers are rich in vitamin C, fiber, folate, potassium, magnesium, manganese, niacin, phosphorus, protein, riboflavin, thiamine, zinc, and vitamins A and B6. They are also good sources of dietary fiber, antioxidants, and phytochemicals. Phytochemicals are plant compounds that help protect against cancer, heart disease, diabetes, and other diseases.

Can you eat the white part of a bell pepper?

We eat the fruit and the seeds.

Pepper seeds are not harmful to humans. It is only dangerous if you are allergic to nightshade vegetables.

Can pepper seeds hurt you?

Yes, you can eat the seeds from a pepper. However, if you have any type of allergy to nightshades, you should avoid eating the seeds because they belong to the same family.

Do you need to remove bell pepper seeds?

No, the seeds in bell peppers are not safe to eat. Bell peppers are a member of the nightshade family. Nightshades are known to cause allergic reactions in people who are sensitive to them. This includes tomatoes, potatoes, eggplants, and peppers. Can I eat the seeds from a bell pepper?

Are the seeds in bell peppers OK to eat?

Yes, you can eat the white part of the bell pepper. It’s not recommended though because it contains very low levels of nutrients. How many calories are in a bell pepper? An average sized bell pepper has about 30 calories per serving. What is the nutritional value of a bell pepper? Calories: 30 Fat: 0g Carbs: 5g Protein: 1g

Can pepper seed cause appendix?

No, you don’t need to remove the seeds from bell peppers. Bell peppers are edible even after removing the seeds.

What part of pepper do we eat?

Yes, bell peppers are edible. It is safe to eat the seeds and the white part of the pepper. However, if you remove the seeds from the pepper, you will not get any nutritional value from it.

Boy choy is a Chinese cabbage that has a mild flavor and crisp texture. It’s also very nutritious. This vegetable is often used in stir fries, soups, salads, and even desserts. But boy choy doesn’t always last long in the refrigerator. In fact, it can only last a few days if stored properly. So how…

Do you want to know how to identify plastic rice? This is a very common question asked by my students. Plastic rice is a type of food product that has been processed using plastics. These types of foods include bread, pasta, biscuits, crackers, cookies, cakes, etc. In this blogpost I will explain you 3 ways…

Refried beans are delicious, nutritious, and versatile. They can be eaten alone or added to other dishes. Refried beans also have a shelf life of around three months. How long can they stay good after being refrigerated?Refried beans are made from dried pinto beans that are cooked in oil until soft. The resulting mixture is…