An old home remedy might be just the solution you’re looking for. 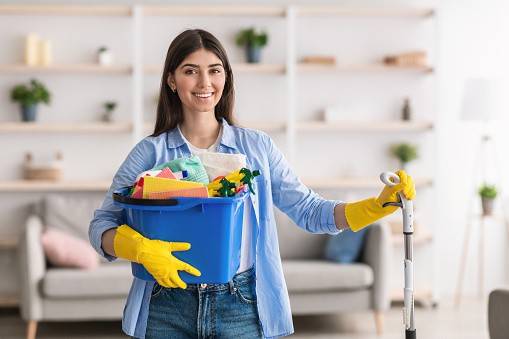 With growing awareness of the dangers of manufactured and even naturally-derived cleaning products growing among consumers, cleaning businesses have had to turn to “old home remedies” in an attempt to balance cleaning and disinfecting with the green and sustainable trends. Unfortunately, this has led to quite a bit of misinformation, particularly about the effectiveness of vinegar and hydrogen peroxide as cleaners and as disinfectants. While neither individually is an effective or economical choice for cleaning businesses looking to make a profit, together, they just might be the solution you’re looking for. 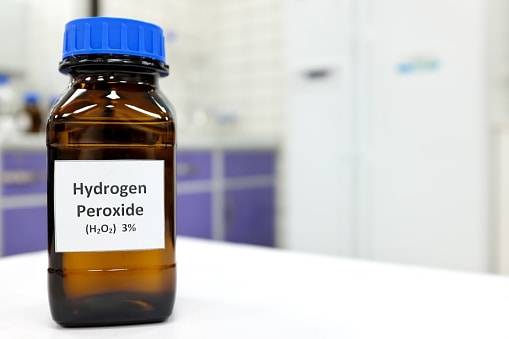 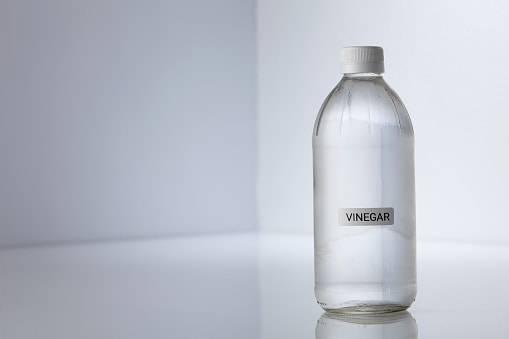 In the US, the distilled white vinegar found in grocery stores is usually 5% acetic acid and has a pH of 2-3. In the study “Antimicrobial Activity of Home Disinfectants and Natural Products Against Potential Human Pathogens,” researchers in infection control tested 5% vinegar against some common human pathogens and antibiotic-resistant bacteria, and stated unequivocally that it “demonstrated inadequate activity and therefore should not be used as a home disinfectant.”

Fourteen years later, the study, “Acetic Acid, the Active Component of Vinegar, Is an Effective Tuberculocidal Disinfectant” states that 6% acetic acid effectively kills M. tuberculosis and 10% acetic acid kills more resistant mycobacteria, both after a dwell time of 30 minutes. They claim that because of these results, 6-10% vinegar is probably a broadly effective biocide with potential usefulness in healthcare settings in poor countries. More studies are in the works.

The Talk Clean to Me Blog is a great place to find information about chemical disinfectants. The TCTM Blog has a series called “Disinfectant Chemistry Report Card,” and both vinegar and hydrogen peroxide have been reviewed.

Household vinegar, in the 4% to 8% acetic acid range, scored poorly in the speed of disinfection (10 minutes or more), the spectrum of kill (basically effective only on the easiest to kill microorganisms), cleaning effectiveness (poor cleaning capability, and useless against greasy substances), and safety profile (primarily unsafe at high acid concentrations, although regular household vinegar does have a pungent odor and can be irritating to breathe). As expected, vinegar had a great environmental profile and cost-effectiveness scores.

The effectiveness of hydrogen peroxide depended on concentration, with household strength (3%) scoring kind of low on the speed of disinfection spectrum of the kill was also concentration-dependent, but 3% hydrogen peroxide performed well as a surface disinfectant. Since it is an oxidizer and forms bubbles and foam, it performed acceptably as a cleaning agent and had a good safety profile since at lower concentrations it is non-irritating and non-toxic. The environmental profile was great since it degrades into water and oxygen, and so was its cost-effectiveness. 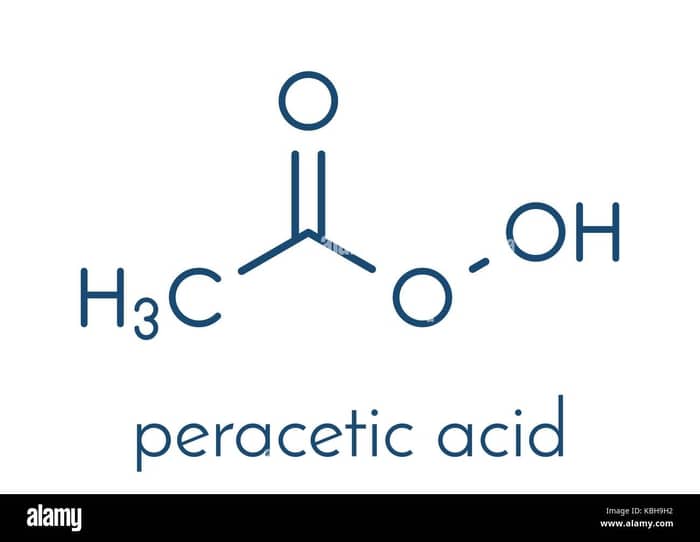 What about when they are used together? When chemically combined, acetic acid plus hydrogen peroxide is known as Peracetic Acid and was first registered with the US EPA as a disinfectant in 1985. Again, the concentration of the product is the key to its speed and effectiveness as a disinfectant, its capability as a cleaner, and its safety profile. As expected, it is cost-effective and has a low environmental impact.

Learn More:  Guanciale All You Need to Know

Is there another way to use them together as common household ingredients? Several websites devoted to natural or green cleaning and DIY cleaning tips in general, such as Brightness, have mentioned using vinegar and hydrogen peroxide together as a disinfecting tag team. 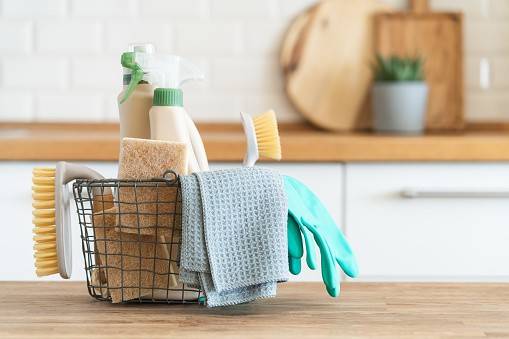 These articles claim that by spraying undiluted white vinegar and then spraying 3% hydrogen peroxide on a surface you have a simple, safe disinfecting recipe “that is more effective than any of the commercial cleaners in killing bacteria, and as a bonus is inexpensive!” and you could “disinfect anything in your house.” In claiming the effectiveness of this recipe as a surface disinfectant extraordinaire, one DIY article vaguely referred to a study performed by a researcher at a specific university. This was a very interesting experiment that showed that a mechanical spray wash treatment of acetic acid and 3% hydrogen peroxide, sprayed separately but consecutively on beef carcass tissue, was effective in reducing Salmonella, Listeria, and E. coli contamination of beef. These are usually the key microorganisms requiring disinfection in a residential setting.

Unfortunately, the DIY article leaped these two products from being effective against specific bacteria on beef tissue directly to being effective as a homemade disinfectant on household surfaces, which is irresponsible and possibly dangerous. Taking such studies out of context is what makes the content of some of these websites suspect. While hydrogen peroxide washes have been used for decades in poultry processing (I did find additional studies showing separate vinegar and hydrogen peroxide washes) and have been shown effective at reducing specific (but not all) microbes on certain vegetables and fruits (namely apples and celery), no studies are testing this combo on household surfaces, and nothing claiming disinfection.

So, the short answer is yes, you can mix hydrogen peroxide and white vinegar. It works great for cleaning and disinfecting surfaces. Mix equal parts of each and spray onto a surface. Let dry completely and wipe off. This mixture is safe to use around children and pets.

Can you mix hydrogen peroxide and vinegar?

Yes, you can mix hydrogen peroxide and white vinegar. It is very safe to use. Mixing these two chemicals together is not recommended because it could damage your skin.

Side effects of peracetic acid:

Peracetic acid is used as a disinfectant and bleaching agent. Peracetic acid is a strong oxidizing agent. It is corrosive and irritates the eyes, skin, respiratory tract, and mucous membranes. Peracetic acid reacts violently with organic matter and is highly toxic. It is dangerous if swallowed, inhaled, or absorbed through the skin. It is also harmful to aquatic life.

Learn More:  Can you use olive oil in a cake mix?

Things to avoid with hydrogen peroxide:

Hydrogen Peroxide is a strong oxidizing agent. It reacts with almost anything. It is used in bleaching laundry detergent, cleaning products, and even toothpaste. It is also used in medicine to treat wounds and burns. However, it is not recommended to use it around children because it can be harmful if ingested or inhaled. It can irritate eyes, skin, and respiratory tract. It can also damage clothing and other fabrics.

How to use Hydrogen peroxide and vinegar together?

Hydrogen Peroxide is used for bleaching hair, killing germs, removing stains from clothes, disinfecting wounds, and making homemade mouthwash. It is also used in medicine to treat burns, ulcers, and cuts. It is also used as a cleaner for glassware, metal utensils, and silverware. It is also used to remove rust from iron and brass.

What should you not mix with vinegar?

Hydrogen Peroxide kills mold within 24 hours. It is very effective against bacteria, viruses, fungi, and mold. It is used in medicine, cleaning products, and cosmetics.

How long does it take vinegar to kill mold?

You should never mix vinegar with bleach. Bleach reacts with vinegar and turns into a toxic gas called hydrogen chloride. This gas can irritate your eyes, nose, throat, lungs, skin, and stomach. It can even damage your liver if you drink it.

Learn More:  What to do if I accidentally mixed bleach and vinegar?

Vinegar takes about 30 minutes to kill mold. It works because it contains acetic acid which kills bacteria and fungi. Vinegar is a natural disinfectant. It is used to clean surfaces such as cutting boards, sinks, counters, and floors. It is also used to sanitize items like toothbrushes, utensils, and toys.

Can you mix vinegar and hydrogen peroxide to kill mold?

Yes, you can mix vinegar and hydrogen peroxides to kill mold. However, mixing these two products together will only work if you apply them directly to the area where mold is growing. This method does not work well if the mold is already embedded into the surface. In addition, using this mixture could potentially damage the surface of the material.

Hydrogen peroxide H2O2 is a common household cleaning product that is used to clean surfaces such as walls, floors, windows, and even clothing. It is usually sold in liquid form but can also be found in gel form. It is very effective at killing bacteria and fungi. It works by breaking down the cell wall of microorganisms, causing them to die. Because it is a chemical compound, it is safe to use around children and pets. It is not recommended for use on fabrics or leather.

Does hydrogen peroxide interact with vinegar?

Hydrogen Peroxide H2O2 is a strong oxidizing agent used for bleaching and disinfecting. It reacts with organic matter to produce free radicals, which are highly reactive molecules that attack other molecules. In the presence of oxygen, these free radicals can damage cell membranes and DNA. Vinegar is a weak acid that dissolves in water. It contains acetic acid, which is a weaker acid than H2O2. Acetic acid does not react with H2O2 because it is a non-reactive molecule. However, if you mix vinegar with H2O2, the two chemicals will react together to form acetyl hydroxide, which is a stronger oxidizer than either H2O2 or acetic acid alone. This reaction produces a mixture of acetyl hydroxide and water.

Do you ever wonder if there’s anything wrong with putting hot rice in the fridge? Hot rice is a common household item but did you know that it has a number of health benefits? This blog post is going to look at the health benefits of eating hot rice and also give you some simple…

Fenugreek has long been considered a health food due to its high fiber content and medicinal properties. The seeds contain a compound called glucosinolates, which are known to lower cholesterol levels and boost energy.Fenugreek seeds are also rich in protein, calcium, iron, zinc, magnesium, phosphorus, vitamin B6, folate, niacin, riboflavin, thiamine, and copper. They are…

Do you want to get rid of those annoying little coffee stains on your countertop? Well, here’s how to remove them! If you own a Breville coffee machine, then you’ll know that it has a removable filter basket. This means that you can easily clean out the filters without having to disassemble the whole thing….

From an early age, we have been taught in science lessons about how fibrous and nutritious a fruit skin or peel is. You must be thinking if it is true for avocados or not. As a person who is fond of avocados, one may want to use all of the avocado’s parts efficiently. Let us…

How long do carrots last? Well, that depends on how you store carrots and where you store them, of course. While it feels like your product is always on borrowed time, carrots can have a surprisingly long shelf-life. You’ll have to store your carrots in the refrigerator, but how you store them can make a…

Vegans don’t eat dairy or eggs because they believe these foods come from animals who suffer. Can vegans drink coconut milk?Coconuts are considered a fruit, even though they are technically a nut. They contain high amounts of saturated fat, which means they should only be consumed in moderation. Coconut milk contains medium chain triglycerides MCT,…