Is your kitchen low on oil? And you feel like it is pointless to have two nearly empty bottles on hand? You are definitely thinking if the two oils can be mixed. The good news is that you are not alone in this dilemma, and I am here to assist you.

As per market research company (Statista), the US’ use of peanut oil is increasing. Household peanut oil usage in the United States increased by twenty-three percent in the year 2020, reaching 129 thousand metric tons. Peanut oil, like canola, sunflower, palm, and soybean oil, is a vegetable-derived oil. As peanut oil becomes more widespread, you may ask if you can combine it with other oils when your supply runs out. 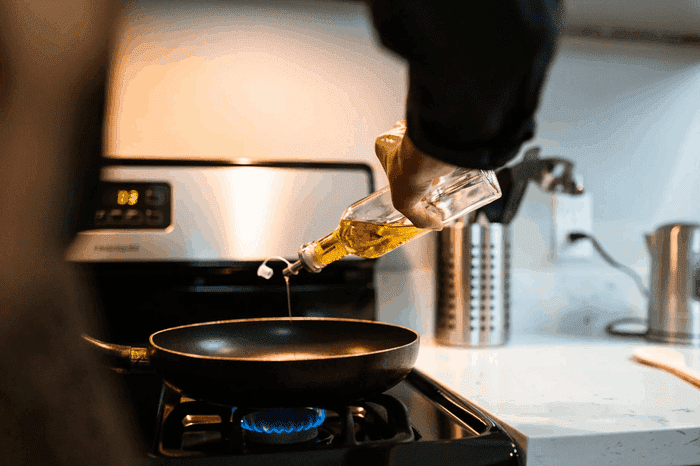 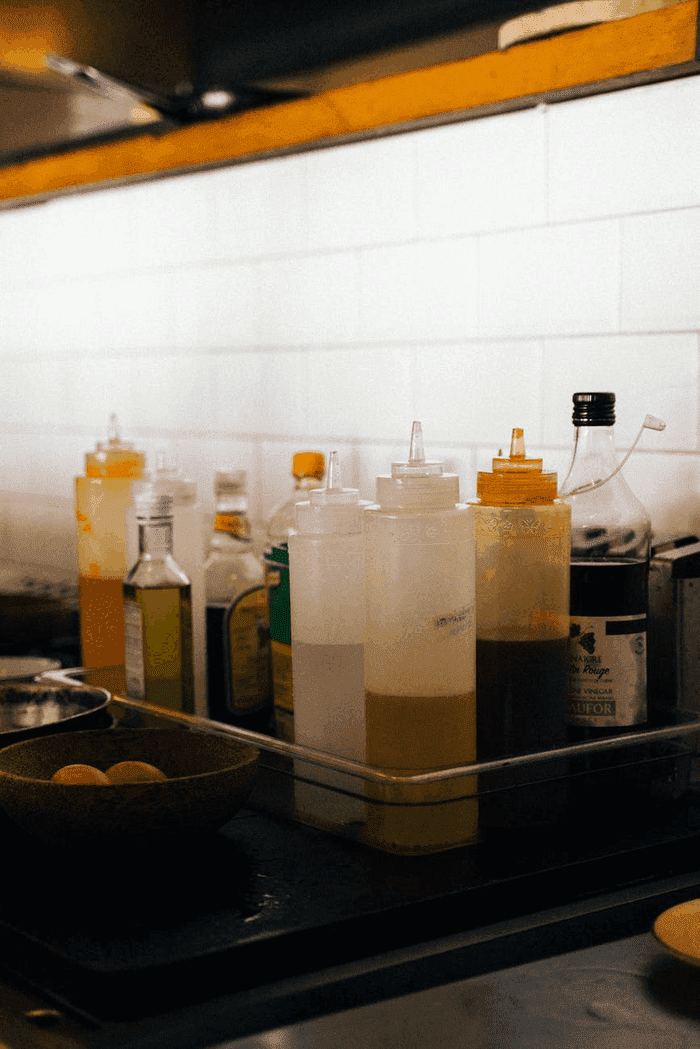 What is Smoke Point

The temp at which an oil begins to burn or smoke is known as its smoking point (smoke point). If you heat an oil over its smoking threshold, the food you fried in it develops a burned flavor and loses the oil’s vital elements.

Trans fatty acids, which are considered the worst form of fat to consume, can be produced by overheating oil. Intake of trans fatty acids can lead to serious health problems such as breast/colon cancer, heart disease, diabetes, and obesity.

The smoking point of your vegetable oil may be greater or lower than that of peanut oil. It is not a novel concept to combine multiple types of oils. It is something individuals do every time they run out of a specific oil.

It is also worth noting that peanut oils may include allergies that are hazardous to some individuals. Peanut allergies affect roughly 6.1 million Americans of all ages. While combining peanut oil with other oils, use caution, particularly if presenting a dish to someone who has a nut allergy.

To avoid creating hazardous compounds such as poisonous fumes or free radicals while cooking with peanut oil, maintain the temperature below the smoking point. When you combine peanut oil with a lower-smoke-point vegetable oil, you run the danger of producing the same hazardous chemicals when you burn the lower smoke point oil.

Is it Safe to Mix Oils

Cooking oils are usually combined in a variety of ways before being processed. In reality, the vegetable oils you use in your household are a blend of many oils. However, before and after the mixing procedure, they are tested hundreds of times. The flavor, chemical performance, smoking/melting point, and usability are all tested throughout these trials.

At the end of the day, combining oils is not a scary decision. Obviously, unless you are a food expert, you won’t be able to determine these elements, but the smoking point guideline would always remain. 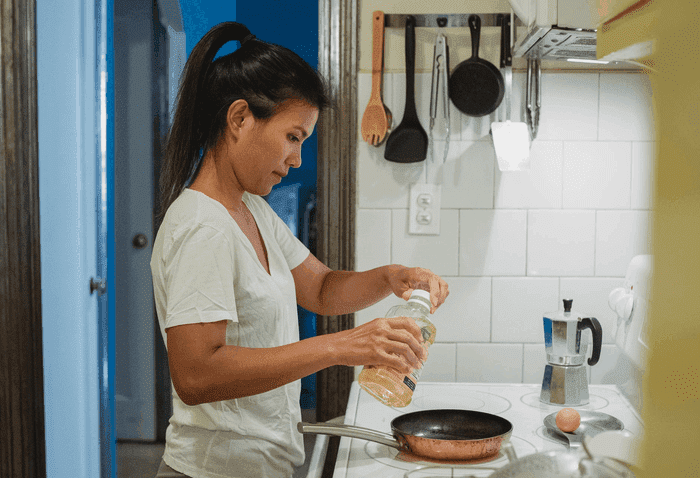 Oils with extremely comparable smoking points are the only ones that may be mixed safely. Although certain common oils can be mixed in smaller quantities, I do not encourage combining big volumes of oil without first learning about their smoking point, flavor, and chemical characteristics.

When it comes to vegetable oils, they are already created by combining many types. This does not, however, imply that you should combine huge amounts of oil on your own. It is one thing to combine oils when you only have a few tablespoons of each, and it is another extreme to mix a gallon.

Remember that you must never blend a low smoke point with a high smoke point, for instance. Walnut oil, flaxseed oils, and wheat germ oil are examples of low smoke points. Extra virgin, unrefined, and cold pressed oils like olive oil fall under this category.

Types of Vegetable Oils You Could Mix with Peanut Oil

I have compiled a list of popular vegetable oils and their smoke points to assist you figure out how much to heat them if you ever choose to combine oils. The following are some of the best vegetable oils to combine with peanut oil.

Safflower oil is made from safflower seeds and contains a lot of vitamin E, which is beneficial for your eyes and skin. The smoke point of this oil is approximately identical to that of peanut oil, at 450 degrees Fahrenheit or 232 degrees Celsius. With identical smoke points, you would not have to bother about one oil burning faster than the other, perhaps releasing hazardous chemicals.

Almond oil is rich in vitamin E and monounsaturated fat and has significant antioxidant effects. The smoke point of this oil is a few degrees lower than that of peanut oil, at 430 degrees Fahrenheit or 221 degrees Celsius. For frying, baking, grilling, roasting, or salad dressing, you may combine this oil with peanut oil while keeping the smoke point of the almond oil in mind.

In conclusion, you may blend peanut oil and vegetable oil as long as you keep the smoke points of the two oils in consideration. The temp at which you should begin burning peanut oil is 450 degrees Fahrenheit or 232 degrees Celsius. Excessive heat can result in the formation of trans fatty acids, which are harmful to one’s health.

Nowadays, a rice cooker can be used for more than just cooking rice. You can also use the same rice cooker for steaming healthy vegetables as they can be steamed with or without a basket. A lot of areas consider rice a staple food. A rice cooker is great for those who eat rice a…

Coffee stains are no joke. They are very stubborn and can take weeks or even months to remove. If you want to get rid of them, you should try these 8 simple steps.Coffee stains are caused by the coffee itself and its residues. The main culprit is caffeine, which is found in both ground beans…

Do you own a Cuisinart Coffee Maker? If so, you might want to check out this article where I explain you how to clean it yourself! I love my Cuisinart coffee maker. It’s super simple to use and makes delicious coffee every time. However, after using it for years, I realized there was no way…

Half and Half milk has been around since the early 1900’s but was discontinued in the 1970’s. Why did they stop making it? In the 70’s, there was concern that the fat content of half and half was too high. This led to the FDA requiring that half and half contain less than 3% milkfat….