Parsley is an herb that has been used for centuries to treat colds, flu, and other ailments. It also helps to boost your immune system and fight off infections.

Parsley is also known to help lower cholesterol levels and reduce blood pressure. It is also believed to help prevent cancer. There are many different types of parsley. The most common type is curly parsley. Other types include Italian flat-leaf parsley, curly cilantro, and flat-leaf cilantro.

Curly parsley is a common herb for garnishing that can be purchased in most supermarkets. Flat Parsley, a flat-leaf cousin with a stronger flavor and crunchier texture, has been added to the mix. It’s also known as Italian parsley.

In western cuisine, both curly and flat parsley is commonly used as seasoning and garnishing herbs. The practice became so popular that chopped parsley garnish was considered to be synonymous with excellent dining at one time. There’s a difference in how these two herbs are used in our cooking and eating these days. From improving the appearance of the food to making it more delicious and appealing, there is a valuable addition to the seemingly basic goal of seasoning or garnishing.

So, the argument between curly and flat parsley begins. Your decision between the two parsley leaves can have a big impact on the dish’s visual appeal and flavor.

The first thing you need to know about choosing which kind of parsley to use is that they’re not interchangeable. 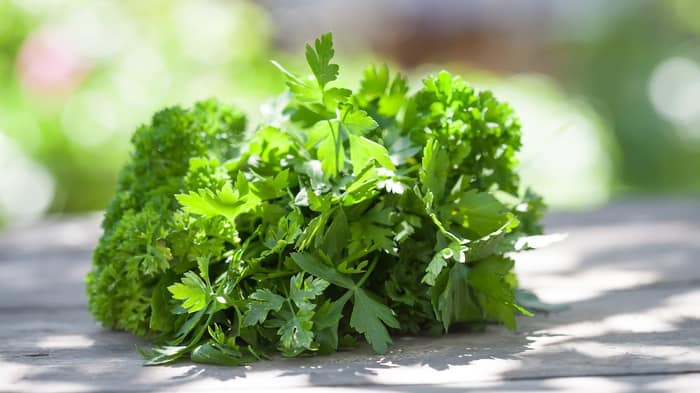 They look similar but their flavors differ greatly. If you want to get the best results from using either variety, then you should choose based on what you plan to do with them. For example, if you’re going to chop up some parsley and sprinkle it over pasta dishes, then go ahead and buy curly parsley.

Italian parsley is a member of the carrot family. It is used in many dishes such as pasta, soups, salads, sauces, and other dishes. It is also known as flat-leaf parsley. It is a herb that grows well in temperate climates. It is native to Italy and southern France. It is also grown in California, Oregon, Washington, and British Columbia.

The herbaceous flavor of Italian parsley is one of the reasons it’s so popular in Mediterranean cuisine. It’s used as a flavoring herb by many cooks, comparable to oregano or basil. Curled parsley leaves, on the other hand, are more of a decorative element than a flavor or taste enhancer. It has a moderate green flavor while young, but as it grows, it turns harsh. The flavor or taste of Italian parsley varies and is a touch odd. In any case, it appears that everyone thinks about flat parsley when deciding whether or not they like the flavor of parsley.

Is it possible to use flat parsley instead of curly parsley?

Yes! You can certainly replace your curly parsley with flat parsley. However, this will change the way you cook and eat your food. 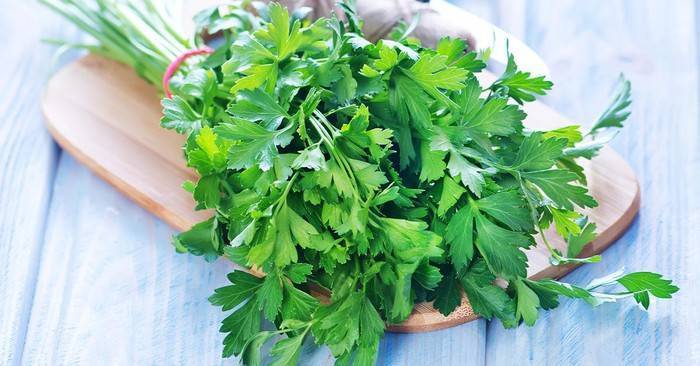 When you add flat parsley to a recipe, you’ll notice that it takes longer to wilt down. This means that you won’t be able to sautee foods like vegetables quickly because the flat parsley doesn’t absorb heat very easily. So, instead of adding flat parsley to a stir fry, try adding curly parsley.

This is a hotly debated topic that has drastically divided the opinions of chefs and cooks. Many of them think that only Italian parsley, not curly parsley, may be used to replace curly parsley. In thinly chopped form, it may be used for seasoning/flavoring as well as garnishing. However, not everyone shares this opinion. The dissension arises from the belief that curled parsley leaves have no taste and are thus useless for seasoning and garnishing.

However, not all curly parsley leaves are flavorless; many of them have a distinct fragrance. It depends on the plant’s age and the type of soil it was grown in. The distinction between the two parsleys is subtle, and it must be recognized as such without checking one box and not the other. While flat parsley leaves may be used for both seasoning and garnishing, curly parsley leaves have a unique brighter appearance that can give the garnish more vitality.

When should you use curly or flat parsley?

The best time to use either kind of parsley is right after harvesting. If you wait too long before using it, its flavor deteriorates significantly. When choosing parsley, make sure that it looks healthy and vibrant. Avoid wilted plants and those that appear old. Also, avoid buying bunches of parsley if there aren’t enough stems attached to each leaf.

Italian parsley, in the debate between curly and flat parsley, is better suited to Italian cuisine because of its strong flavor. Flat parsley leaves should be used in dishes with a strong flavor profile. These flat leaves may also be used as a garnish, but they’re ideal when you want to add a hint of flavor to the green garnish. The beautiful look of curly parsley leaves is well-known. The simplest way to use this herb is to finely chop it and sprinkle it overcooked meals. It would provide some color and beauty to the dinner.

If you don’t know which kind of parsley to buy, then go ahead and get both kinds. Both types of parsley are good for cooking, so why shouldn’t you enjoy both varieties at home? Just remember to choose the ones that suit your needs.

I hope this post was helpful and informative and helped you with all your food curiosities.

Contents show
1 Curly VS Flat leaf parsley
1.1 Italian parsley leaves have a stronger flavor
1.2 Is it possible to use flat parsley instead of curly parsley?
1.3 When should you use curly or flat parsley?
1.4 Related Posts
Haley Schroeder

Do you own an All-Clad pan? Do you know if it’s safe to cook food in it? All-Clad is a brand name for high quality stainless steel kitchenware. Their pans are known for their superior performance and durability. They are also considered to be among the safest cooking tools around. H5JyC8X_6aQ I’m going to explain…

Edamame are delicious soybeans that look like green peas. They come from Japan and are usually served as part of Japanese cuisine. What makes them so special? Edamame are also known as soybeans or bean pods. The name comes from their shape — they resemble tiny green peas. Edamame are high in protein and fiber…

Do you ever wonder if your food has gone bad? Capers are a type of pickled fruit used in cooking and baking. They are often added to salads, pasta dishes, soups, sauces, and other foods. I’m going to explain you how to tell if your capers have gone bad. How to tell if capers are…

Chili is a great comfort food that can be enjoyed at any time of day. The problem is that some recipes take too long to prepare. How long does it really take to make chili?Chili is a dish that has been around since ancient times. In Mexico, they call it “chile con carne” or “meat…

Honey has become a staple food item for millions around the globe. But does it really last forever? Honey is a sweet liquid produced by bees from nectar. It contains sugar and water and is often mixed with pollen.Honey is known to be a natural antibacterial agent, and it also helps prevent tooth decay. But…