Endive is a type of chicory, a member of the Cichorium family. It is a biennial plant that grows from a taproot and produces a rosette of leaves. The leaves are usually harvested while still young and tender. The leaves are used in salads, sandwiches, soups, and other dishes.

Escarole is a member of the endive family. It is a biennial plant that grows from a thick taproot. It has long narrow leaves that are dark green on top and light green underneath. The leaves are used in salads and cooked dishes. It is a hardy plant that can withstand cold weather and drought conditions. It is grown for its edible leaves.

Endives and escarole belong to the same family of leafy greens and are sometimes confused. These slightly bitter-tasting vegetables are popular in winter and spring salads, as well as in soups. If you’re not sure what the difference is between the two, don’t worry; we’ve got you covered.

Contents hide
1 Endive VS escarole
2 How to identify the difference between endive and escarole?
3 Escarole and endive have different flavors.
4 Distinctions in application and preparation
5 Similarities between escarole and endive
5.1 Related Posts:

Escarole is an Italian green leafy vegetable that has been around since ancient times. It is also known as “broadleaf endive” because of its broad leaves. The name “escarole” comes from the Latin word “scaurus” meaning “to bend”. 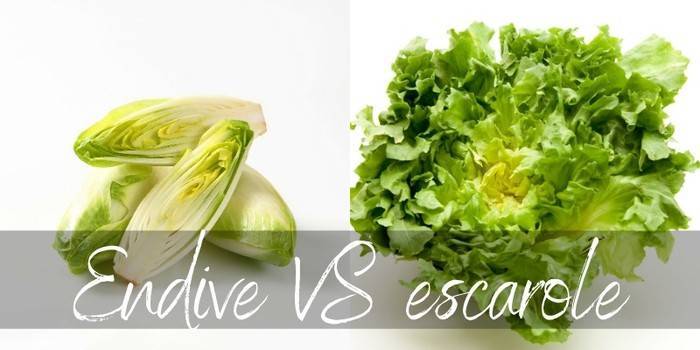 Endive is another popular green leafy vegetable that is often confused with escarole. Both vegetables are similar in appearance and taste. They both have a mild flavor and crunchy texture. However, there are differences between these two vegetables. Escarole has smooth, broad, rounded leaves, whereas endive has finely cut, thin, curled leaves.

Endives’ branch-like leaves are extremely frizzy, but escarole leaves resemble curly-leaf lettuce. Endive, also known as frisee, does not cook as well as escarole and is best served fresh in salads with salty cheese, bacon, or poached eggs. Escarole is typically bunched and placed on racks alongside heads of fresh lettuce, despite the fact that it is closely related to endive and radicchio. Escarole is generally less bitter than endive, which is worth mentioning.

How to identify the difference between endive and escarole?

The main way to distinguish endive from escarole is by looking at their leaves. Endive’s leaves tend to be more tightly packed together, making them look like they are wrapped up inside each other. Escarole’s leaves grow outwards instead of being folded inwardly. 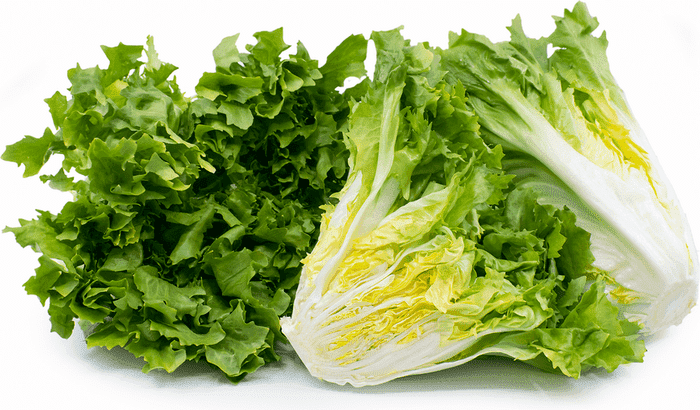 This makes escarole appear much larger than endive. Another key feature that distinguishes endive from escarole is the shape of their stems. Endive, also known as curly endive or Belgian endive, is a loose-headed plant that belongs to the chicory family. This variety’s leaves have a bright green color in the middle that progressively fades to a deeper green on the edges. The inner leaves have a moderate flavor, but the outer leaves have a more bitter flavor.

Endives have a somewhat prickly feel that becomes slightly tougher as the temperature heats. Due to blanching with a shingle or board, some curly endive has a blanched creamy yellow tone with flattened leaves. It’s sold as riccia or frisée, respectively, the Italian and French names for curly endive. Escarole is also known as Batavia, Batavian endive, or broad-leafed endive because of its flattened head. The leaves are more creamy yellow in the middle but bright to dark green on the ruffled edges.

Escarole and endive have different flavors.

The bitterness level of escarole can vary depending on where it was grown. Some varieties may even contain traces of mustard seeds. Escaroles grown near water sources will usually have higher levels of salt content. On average, escarole contains about 1/3 fewer calories per serving compared to endive.

See also  What to do if I accidentally left the gas stove on?

Both have varying degrees of bitterness throughout the head of the leaves, while escarole has a gentler increase. The flavor of endive and escarole is brighter and more prominent in the raw form, but it becomes mellower when cooked. Both greens have bitter qualities that mix well with strong salty and sweet sensations.

Distinctions in application and preparation

The two vegetables are used differently:

Escarole is often added to soups, stews, casseroles, pasta dishes, and rice dishes. It adds texture and substance without adding too much bulk. In addition, it helps thicken sauces and gives off an earthy aroma.

Endive is commonly eaten raw in salad mixes. Its crunchiness complements any type of dressing. When combined with vinaigrette, the endive provides a tangy taste. Endive and escarole may both be eaten fresh or cooked, but when it comes to grilling, sautéing, or braising, most people prefer escarole.

Endive is a versatile leafy green that pairs well with salads, appetizers, and even main courses. Curly endive is frequently served raw, dressed with a vinaigrette flavored with mustard, shallots, or garlic. If the endive leaves are bitter or rough, they are cooked in ragouts or soups with other vegetables. Endive is also used in baked, stuffed, and sautéed forms at the same time.

Wrapping fish or meat with escarole leaves before cooking is another common technique of preparation. Escarole is a vegetable that may be cooked as a side dish to go with meat or fish. It also adds a layer of taste and texture to the creation of pasta meals.

Escarole can also be prepared in a variety of ways depending on the season. To clarify, in the spring, chefs like to add tomatoes, mustard, or shallots, while in the winter, they like to combine the green deliciousness with raisins and almonds. The darker outer leaves have a nice chewiness to them, which is one of the qualities that makes them perfect for cooking. A creamy dip or garlicky vinaigrette can also be used to dress the raw greens.

Similarities between escarole and endive

Apart from the above-mentioned applications, there are a few more similarities between endive and escarole. The peak season for both leafy greens is the same, which is winter to early spring.

Because they are from the same family and are frequently mistaken, most retailers use fairly distinct labeling for each. In fact, while they are presented among other salad veggies, some utilize signage to inform clients of the distinctions in their flavor and use. Both endive and escarole require a cold, well-ventilated environment to thrive. Both must be kept away from heat and not piled more than two together.

The best way to prepare these greens is by steaming or boiling them until tender. They should then be cooled down quickly so that they retain their crispness. Once this happens, you will find that the flavors become stronger and more pronounced. This means that if you want your escarole to remain crispy after being boiled, you need to cook it longer. On the contrary, if you wish to keep its milder nature intact, boil it only briefly.

Both endive and escarole are very similar in many respects. However, because they come from different families, they do differ slightly in terms of appearance, nutritional value, and uses. While endives are usually found in bunches, escaroles tend to grow in long rows. Because of this difference, they look quite different. Also, endives are generally smaller than escaroles.

Vinegar is very useful around the house, in almost any way you can think of. It can help clear up messes in no time, it can make Easter egg dye stick to the shells, and it adds a nice tang to your food. Why do we add it to poached eggs? How does it help…

Do you ever wonder how fried chicken tastes without using oil? Well, here’s a secret… …and it’s really simple! In this article I explain you how to fry chicken without oil. When it comes to cooking chicken, what is the healthiest method? Frying chicken without oil is not only healthy but also very easy. It…

Do you ever wonder how to cook a perfect piece of chicken? Well, here’s a simple guide to help you out! Cooking is something that everyone should master at least once in their lifetime. There are so many different ways to cook food and there are also so many different types of foods. This means…

Other FAQs about Lemon which you may be interested in. Lemons are used in many dishes around the world. Lemons are very useful in making lemonade, salad dressings, sauces, marinades, soups, desserts, and drinks. It is also used in baking and other recipes. What is the shelf life of lemon juice? Lemon juice is very…

Scallops are a type of shellfish found in the ocean. It is a bivalve mollusk that looks like a sea snail. Scallops are usually eaten raw, but can also be cooked. They are sometimes called bay scallops because they are harvested from the waters around San Francisco Bay. The price for fresh scallops varies depending…