Lemongrass is a tropical herb native to Southeast Asia. It is used to flavor soups, curries, and other dishes. Lemongrass is available fresh or dried.

If you’ve ever eaten Asian or Indian food, you’ve probably encountered a lemony flavor that wasn’t derived from fresh lemons or lemon peel. Citrus is extremely popular with Western cooks, who use it in a variety of dishes. Lemongrass is a famous Asian plant that lends a unique lemony flavor and aroma to certain meals. Lemongrass belongs to the family of fragrant grasses. It is a perennial plant that grows in thick clusters from 3 to 6 feet tall and broad.

You might be wondering what lemongrass actually tastes like. This is what we’ll learn about today, as well as how to use it in your cuisine.

What is the flavor of lemongrass?

The first thing people notice when they smell lemongrass is an intense citrus scent. The fragrance comes from several different chemicals called terpenoids. Terpene refers to organic molecules made up of carbon atoms bonded together by single bonds. 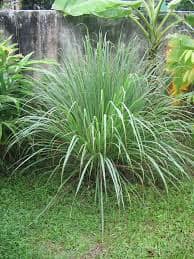 There are over 100 types of terpenoid molecules. They all have similar chemical structures but differ slightly in their molecular weights. Lemongrass has a citrus flavor with a herbaceous, somewhat earthy undertone. The white portion has the greatest taste, and the more you cook it, the stronger the flavor becomes. Lemongrass is similar to ginger but without spiciness. Lemongrass has a lighter, fresher flavor than lemon peel, and it’s a touch more watery.

Where can I look for lemongrass?

Asian markets sell both fresh and dry lemongrass. You may also find it at some health food stores. If you’re lucky enough to live near one, ask for "lemongrass" instead of just plain old "lemon." Fresh lemongrass will keep for weeks if stored properly. Dry lemongrass should last indefinitely.

Lemongrass is not difficult to come by, although you may have to hunt for it in particular locations. With green and brown stems, it resembles scallions or green onions. Lemongrass may be found at Asian-inspired businesses and on the vegetable aisles of many local supermarkets due to its herbal appeal. It has the appearance of scallions and comes on stalks of two or three. It is, however, not the same color or smell of scallions. Lemongrass stalks may be found in the frozen area of your supermarket store. These are generally already chopped into smaller parts or big chunks.

Growing your own lemongrass

It takes only six months to grow lemongrass indoors. Start seeds in late winter or early spring. Plant them in individual pots filled with potting soil. Keep the plants watered regularly until roots begin to form. Once this happens, move them outside. 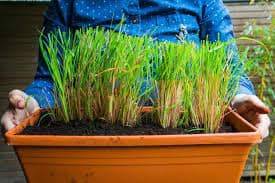 How do I prepare lemongrass?

First, wash the leaves thoroughly under running tap water. Remove any dirt or debris using paper towels. Then cut off the bottom third of each stalk. Next, slice the remaining part lengthwise down the middle so that you get two long pieces. Now, remove the tough outer layer of the stalk. Finally, chop the inner core into small sections. This makes shopping easier.

If you want to use whole stalks as a garnish, simply trim away the ends. For cooking purposes, chop the entire stalk into 1/2 inch slices.

Learn More:  What can I substitute for lemongrass?

If you like cultivating plants, then having your own herbal plant is the perfect way to reward yourself. This way, you’ll always have fresh lemongrass on hand. And, given how little you require at any given moment, cultivating your own will last a long time.

Lemongrass seeds may be purchased and grown in your backyard or indoor garden. Lemongrass is a simple plant to cultivate; all it needs for the first few weeks is humidity and frequent watering. Plant the seeds directly into the topsoil. Make sure it gets enough of light, and you’ll notice it roots and developing in a few weeks. Lemongrass also proliferates, providing you with a plethora of stalks anytime you want its lemony taste.

What part of lemongrass is edible?

The tender white bulbous base of the stem contains an oil called citronella which gives the herb its characteristic lemon scent. 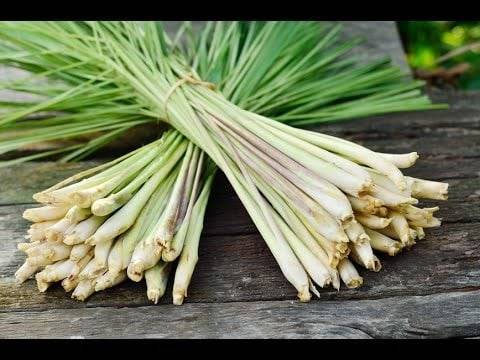 The flavor is similar to citrus fruits such as oranges and grapefruit. However, unlike these other citrus flavors, lemongrass does not contain pectin. Pectins help thicken juices and make jams more stable. Instead, lemons rely on acidity to achieve their thickening effect. Lemon juice alone cannot create jam consistency. The white portion of lemongrass may be used in cooking. The lemongrass fleshy roots are the source of the fragrant smell and lemony flavor. Remember to remove the outer leaves when it comes to the leaves.

The outer leaves serve to protect the edible section of the plant. Throw away the outer leaves after you’ve removed them. The only thing left is a pale yellowish stem that is tender and is used for cooking. Lemongrass is smashed by professional chefs to unleash its lemony flavor. The bottom section can also be sliced into slices. Remember, we’re not talking about the bulbous ends of lemongrass, which you’ll cut off and throw away.

Can I Eat Lemongrass Raw?

Yes! You can eat raw lemongrass just like you would eat celery. Just remember to chew well because this vegetable has a strong odor. If you don’t mind eating something that smells bad, try chewing some lemongrass while drinking mint tea. Mint helps neutralize the unpleasant aroma.

You should avoid consuming large amounts of lemongrass if you suffer from heartburn. Its high content of volatile oils could cause stomach upset. After removing the outer leaves, you may consume lemongrass raw. Even then, the delicate inner stalk of lemongrass, like sugar cane, is stringy and difficult to chew.

There are numerous excellent Thai salads that call for finely chopped lemongrass scattered throughout, including those with shrimp and chicken. Once you’ve reached the edible inner stem, finely slice it and toss it into your salad. What you should know is that eating lemongrass raw will give you a burst of citrus flavor that will delight you every time.

In conclusion, lemongrass is one of my favorite herbs. This versatile culinary ingredient adds zest to many dishes. From soups to curries, stir-fry recipes to desserts, there’s no end to what you can do with lemongrass.

I hope this article was useful and relevant and I helped you with your food curiosities.

Do you ever wonder if you should throw out food that has gone bad? There are three main reasons why you might want to toss out spoiled food. First, it could contain harmful bacteria. Second, it could be unsafe to eat. Third, it could be too old to sell. x1qkQc6gX5w In this video I’m going…

Half and Half is a staple ingredient in baking recipes. But what can you substitute for it?Half and Half is basically milk fat or butterfat combined with water. It has a rich flavor and creamy texture.You can replace half and half with other dairy fats such as heavy cream or sour cream. These substitutes are…

Can you substitute apple cider vinegar ACV for lemon juice? ACV has been used for centuries to treat various health conditions. However, there are now several other ways to get the same benefits without having to drink a glass of vinegar every day. In this blog post, I’m going to explain you 13 different ways…

Blue catfish is a delicious fish that is often served at restaurants. Can you eat it?Blue catfish is a freshwater species native to the United States and Canada. The fish has a distinctive dark blue coloration and grows up to 30 cm 12 inches long.Yes, you can eat blue catfish. In fact, it’s considered a…