How to convert evaporated milk to regular milk?

To evaporate milk into regular milk, water and milk should be combined in an equal ratio. If your recipe calls for 1 cup fat-free milk, mix 1/2 cup evaporated fat-free milk with 1/2 cup water thoroughly and add to your recipe according to the directions. Just like milk, the leftovers should be stored in the fridge for up to 5 days in an air-tight container.

What Difference Does Using a Milk Substitute Make?

Milk contributes several important things to the final product of a baking recipe. First, milk adds moisture to a recipe, as it works with the dry ingredients involved. It also plays a role in the final texture of your baked good. Another important factor? The fat content found in milk adds flavor to your baked goods.

By using a milk substitute, you can still pull off that delicious recipe, whether you’re baking a cake or muffins, mixing up a loaf of banana bread, or making pancakes for breakfast. Some substitutes may make the final product richer because of higher fat content, or even result in a cake or muffins with more moisture than you’re used to. Use these substitutions wisely and you’ll still be able to bake something great 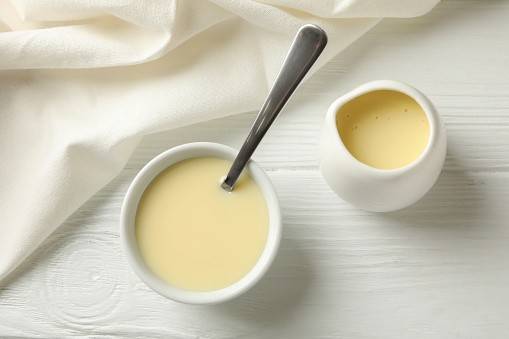 As the name indicates, evaporated milk is made by evaporating about 60% water from fresh milk. Evaporated milk, contrary to regular milk, is a shelf-stable product because heating reduces the water activity and the microbial load of milk, in turn, extending the shelf life of milk.

After heating, the milk is canned, the fat of the milk is homogenized and the can is heat sterilized. This way milk can be transported safely to far-off places without spoilage. Additives are added to prevent milk solids from settling down.

There are plenty of replacements for evaporated milk. They can be categorized as dairy and non-dairy alternatives.

Many people want to use a non-dairy alternative for their recipes because of either animal/environmental welfare or due to religious concerns. Others opt for non-dairy because of lactose intolerance or have a bad milk allergy.

Use fresh milk instead of evaporated milk. But fresh milk has a thin consistency and if you want to add a creamy texture to your soup/stoke, use cornflour or corn starch. If you want to substitute it for a baked good, u can level up the amount of flour and sugar just until you reach the desired thickness.

The cream is a high-calorie and rich flavor substitute for evaporated milk. This high-fat substitute adds a lot of texture in terms of richness and creaminess to your desserts, soups, sauces, curry, and puddings.

Part of this Part that

Use part milk and part cream. Thigh-fat fat and low-carb substitutes are perfect to make coffee.

Mix powder milk with as much water as you want to get the desired consistency.

Powder milk is also made from fresh milk after dehydration and dropping the water content to about 6%. 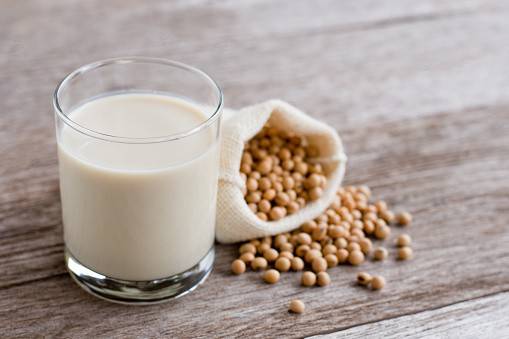 Soy milk has gained popularity as an apt non-dairy alternative for evaporated milk. This milk not only has a similar composition to dairy milk but also looks the same with slight differences in taste.

Use soya milk by evaporating some of the water. Avoid using if you have a soy allergy or refrain from using products made from genetically engineered crops. 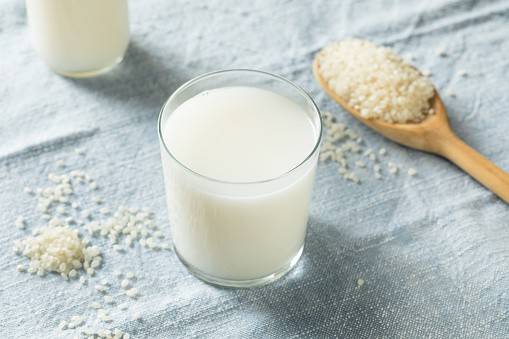 Rice milk has a pleasant sweet taste and is made by soaking and grinding rice with water and filtering the fluid from it.

Thurlow-fatal allow-protein alternative can be heated to the desired consistency or add cornflour or corn starch to it. People with diabetes should go for this option because of its high GI (Glycaemic Index) value. 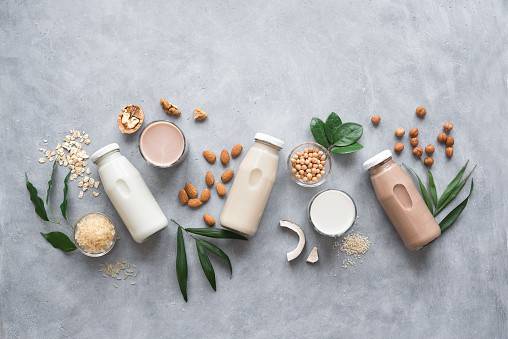 Nut milk extracted from nuts like almonds, cashews, and hazelnut is very popular. Nut milk has lesser calories and low protein content, therefore, good for people who are watching out for weight gain. Heat it to get the desired thickness needed for the recipe. Avoid using g if you have a nut allergy. 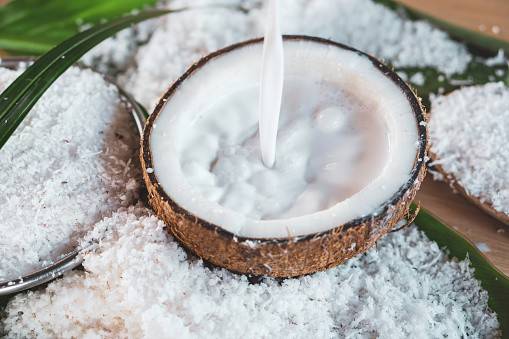 Coconut milk is an excellent non-dairy alternative. This high-calorie and high-protein miles k made by grinding coconut fruit and is a rich source of minerals and lauric acid which are important for brain health, immunity, and skin. 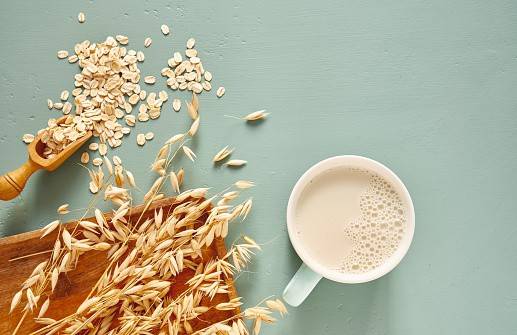 Oat milk is made by grinding oats with water. This alternative is packed with fiber and beta-glucans which promotes good digestionfightsfight bad cholesterol. 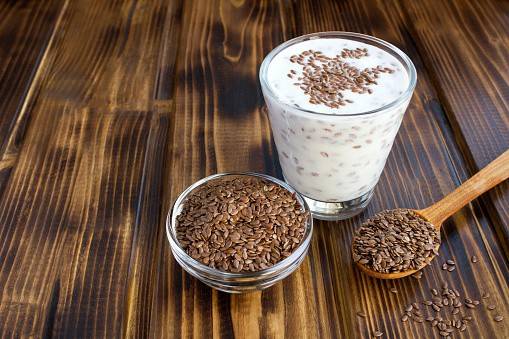 Flax milk is made by mixing flaxseed oil with water or grinding flaxseeds with water and filtering the residue. This milk is low in calories and contains no protein. The omega-3a 3 fatty-acid-rich alternative prevents cardiovascular diseases.

Is evaporated milk the same as condensed milk?

No, these are two different canned products. Evaporated milk doesn’t have any added sugar in it. It tastes sweet because the milk sugar, ‘lactose’, is concentrated through evaporation giving a pronounced flavor.

Evaporated milk has become a staple in our kitchens.
But did you know that it has some health benefits too?
Evaporated milk contains calcium and vitamin D, which helps build strong bones and teeth.
Plus, it also contains protein and fat, which makes it a great source of energy.
Evaporated milk is produced by heating whole milk until its water content drops below 60%.
The remaining solids are then strained out and dried into powder form.
This process removes much of the lactose milk sugar from the milk, leaving behind only the minerals and vitamins.
But sometimes, you might want to add some flavor to your breakfast or lunch.
If you don’t want to go through the hassle of cooking, you can try these 9 alternatives to evaporated milk

How to convert evaporated milk to regular milk?

Evaporated milk is a type of milk that has been concentrated by heating it until almost all of the liquid has evaporated. This process concentrates the protein content of milk, making it easier to digest. Evaporated milk is used mainly in baking because it contains fewer calories than regular milk. It is also used as a substitute for whole milk in recipes where only skim milk is called for. To make evaporated milk from regular milk, simply place the regular milk in a pan and bring it to a simmer over medium heat. Once the milk reaches a simmer, turn off the heat and let the milk sit undisturbed for 10 minutes. After 10 minutes, pour the milk into a container and refrigerate. Regular milk will separate after sitting overnight, but evaporated milk does not.

Evaporated milk is a thickened milk product that has been processed to remove most of the liquid from the milk. It is usually sold in cans or jars and is available in regular, lowfat, nonfat, and chocolate flavors.

Part this Part that

A part is a unit of measurement used in recipes. It is usually written as "1 part" or "3 parts". For example, if you were making a cake recipe, you could write "3 cups flour", meaning 3 cups of flour.

Nut milk is a delicious alternative to cow’s milk. It is made from ground nuts such as almonds, hazelnuts, cashews, pecans, pistachios, macadamia nuts, walnuts, Brazil nuts, chestnuts, coconut, and peanuts. Nut milks are typically sold in cartons or cans. They are available in plain, vanilla, chocolate, and almond flavors.

Is evaporated milk the same as condensed milk?

Evaporated milk is not the same as condensed milk. Condensed milk is thickened milk that has been heated until it becomes very concentrated. Evaporated milk is thinned milk that has had water removed. What are the benefits of nut milk? Answer: Nut milk is a great way to get extra protein into your diet. It contains about 20% protein compared to regular milk which only contains around 3%. This gives you more energy throughout the day. It is also low in fat and cholesterol.

How can I substitute evaporated milk?

How much water do you add to evaporated milk to make whole milk?

How much milk do I substitute for evaporated milk?

How much water do I add to 12 oz evaporated milk?

Evaporated milk is a low fat dairy product that is used as a substitute for regular milk. It is produced from skimmed milk by removing the moisture content. Evaporated milk is available in cans and cartons. Whole milk is a type of milk that contains 3% fat. To make 1 cup of whole milk, you need to add 2 cups of water. For every 4 cups of water added, you get 1 cup of whole milk.

Can you add water to evaporated milk to make whole milk?

Have you ever wondered why some foods spoil faster than others? Why is cheese always at its freshest, while milk starts going sour after only a couple days? What causes food to go bad?Food science has come a long way since the early 20th century. The discovery of bacteria, enzymes, and other microorganisms that affect…

Juice is a great way to get some extra nutrients into your body. But how much juice does one lemon contain?The average adult should drink at least eight glasses of fruit and vegetable juices every day. This helps prevent diseases such as cancer and heart disease.One large lemon contains about 100 milliliters 3.5 ounces of…

Do you ever wonder if you should throw away your leftover cashews? Cashew milk is a delicious drink that’s packed full of nutrients. However, there are times when you might find yourself with a surplus of cashews. Should you keep them or toss them out? In this blog post I’m going to tell you exactly…

How to tell if coconut milk is bad? Coconut milk is a popular ingredient used in many dishes around the world. It is usually added to curries, soups, sauces, desserts, and other recipes where cream is not preferred. Coconut milk comes from grating the meat off the coconut and mixing it with water. This mixture…

Vegetarian cheese has become very popular over the last decade. What makes it special? How does it differ from regular cheese?Cheese is a staple food in every household. It is also considered a delicacy in some cultures. The production of cheese involves the curdling of milk into a solid mass called curds. This is done…

Cabbage is a vegetable that has been around since ancient times. In fact, it was considered a staple food in China during the Tang Dynasty. Today, cabbage is widely consumed across the globe.Cabbage is rich in nutrients such as vitamin K, folate, fiber, calcium, iron, and potassium. It also contains antioxidants, phytochemicals, and other beneficial…