Gooseberries are wonderful suppliers of vitamin C and fiber. They also contain antioxidants that protect against cancer and heart disease. Also, they are quite tough to find in the stores because most people don’t know how to store them properly. However, gooseberries spoil quickly if stored improperly. If you want to store gooseberries for longer, keep reading this article. 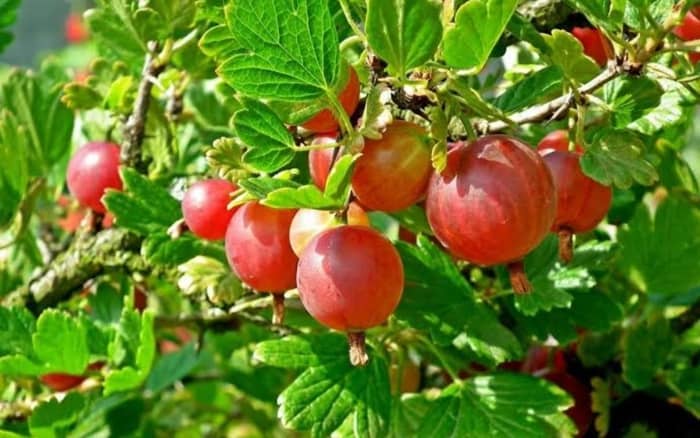 How to store gooseberries?

Gooseberries can be stored in a number of ways: refrigerating, freezing, canning, and drying. The other three are more long term, but refrigeration only works for one week.

It’s time to store your delicious gooseberries after you buy them. If you want them to last, you need to store them properly, and there are a few different options that you can use.

You can leave them on the counter, but they will probably not last there for a while. If you will be snacking on them soon, leave them out.

Storing gooseberries in the fridge

Storing gooseberries in the fridge or freezer helps preserve their flavor and texture. You should always make sure that they stay cold enough so that bacteria doesn’t grow inside them.

If you store gooseberries in a sealed container in the fridge for around a week, they will stay good. As soon as they’re washed, their shelf life goes down a lot.

If you want to eat gooseberries in the next two or three days, wash them. They’ll be spoiled quicker because of the extraMoisture from washing.

To extend the lifespan of gooseberries, you can freeze them. This method preserves their color and taste better than storing them in the refrigerator.

Wash the gooseberries before putting them into containers. Then place them in the freezer. Make sure that they get frozen solid. Once they have been frozen, remove them from the freezer and let them thaw at room temperature.

You could pack them with sugar. For every quart of gooseberries, add a quarter of sugar and stir. Place the fruit in containers with room at the top for expansion and freeze them after the sugar is dissolved.

Another way to prolong the storage period of gooseberries is by canning them. Wash the gooseberries first and then boil them until soft. Add sugar and spices like cinnamon and cloves. Pour the mixture through a sieve to separate the pulp from the juice. Fill jars with the strained liquid and close tightly. Keep in mind that you must sterilize the jars. Boiling water is best for this purpose. After boiling, cool the jars completely and label them well.

The final option for preserving gooseberries is drying them. The process takes longer than freezing or canning. However, dried gooseberries retain more nutrients than fresh ones do.

Learn More:  Can you eat chicken if you have gout?

First of all, wash the gooseberries thoroughly. Dry them using paper towels. Spread them evenly over trays and bake them at 150 degrees Fahrenheit for about 12-24 hours. When they’ve finished baking, transfer them to an airtight jar. Label them and store them away from heat and light. 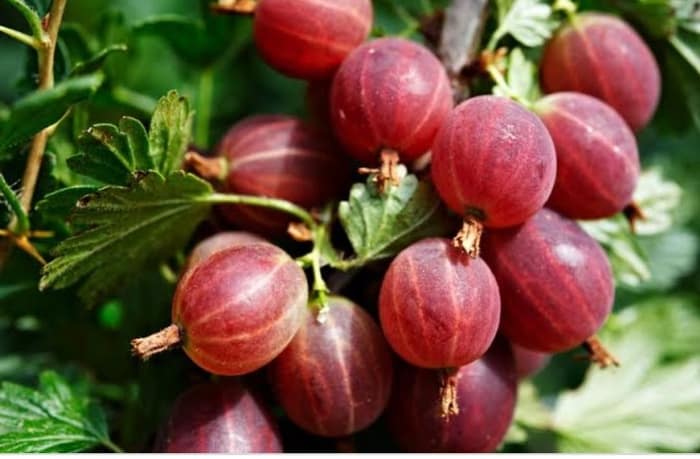 Gooseberries are small fruits which belong to the Rosaceae family. It is often hard to find gooseberries. Only a few stores and specialty farmers carry them. They are delicious with tons of vitamins and minerals in every berry. They are a small fruit that starts as green and then turns into a purple hue when ripe.

The taste and appearance of gooseberries and currants are very similar to one another.

There are many varieties of these berries. Some of them include:

• Black gooseneck – These are also known as black currants. It has dark red skin and white flesh. Its size ranges between 1/2 inch and 3 inches long.

• White gooseneck – This type of gooseberry looks similar to its cousin but it has lighter colored skin.

How do you pick good gooseberries?

You have to make sure that you buy good gooseberries. You will run into problems if the ones you buy are too ripe or not.

A fully grown gooseberry is between a quarter-inch and half-inch in diameter and holds a reddish-purple color, though there may still be translucent green.

When a gooseberry is ripe, it should be firm to the touch, but don’t worry, it will still be juicy. You should avoid gooseberries that are overripe because they will not be good.

Learn More:  Should You Refrigerate Mushrooms Yes, And Heres How To Store Them

How do you use gooseberries? 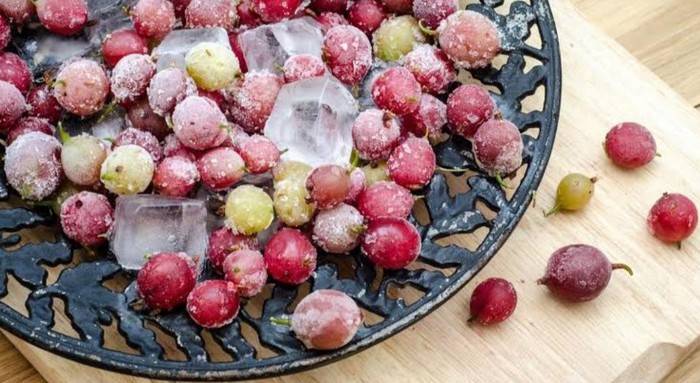 They have a great flavour and can also be consumed plain.

If you’re short on cranberries for Thanksgiving, give these a try, they’re a great sauce for gamey meat.

Where can I get gooseberries?

If you want to try out some gooseberries, you’ll need to look around your area. If you live near a farm where they grow their own produce, chances are high that you might see some. Otherwise, you can always ask someone who grows theirs. Or maybe you know somebody who sells them. Or perhaps you can even order them online. There’s no shortage of places where you can purchase gooseberries.

It is a pity that gooseberries are hard to find, they are a great fruit. That doesn’t need to be a problem for you anymore. You can enjoy them even when you can’t find them by buying a whole bunch and using any of the above methods.

How many onions would it take to fill a cup? This question has been asked since ancient times. The answer depends on the type of onion, the size of the cup, and the amount of liquid.Onions are a member of the lily family Liliaceae, native to Eurasia and North Africa. They are also known as…

Rice cooking time varies depending on the brand, model, size, type of rice, and other factors. How much time does it take to cook rice?Rice is a staple food in Asian countries. In Japan, where rice is consumed every day, the average person eats around 100 grams per day. The Japanese government has set the…

Do you ever wonder if there’s anything you can do with almond milk other than drink it? Well, here’s something you might want to try… Almond milk has been around since the early 1900s but its popularity really took off after 2006. Today, almond milk is one of the top selling non-dairy milks in America….

It is common to wonder if Parmesan must be treated the same way as other cheeses with it come to refrigeration. I mean, it would be much easier to just leave the stuff on the table instead of cramming it back into the fridge after every spaghetti dinner. So, I looked into it and…

You might have heard stories about people who swallowed pennies or other foreign objects accidentally, only to die later from complications. While swallowing coins isn’t fatal, it can cause serious damage to your digestive system. There are several theories behind why people swallow coins. Some believe they are simply lost, while others believe they are…