Almond flour is a type of flour made from ground almonds. It has a light texture and is often used in baking. Almond flour is high in protein and low in carbohydrates.

Almond flour is a healthier alternative to regular flour. It has fewer calories and fat than regular flour, making it an excellent choice for baking. However, almond flour is often used in place of all-purpose flour because it doesn’t absorb moisture as well.

If you want to use almond flour instead of all-purpose flour, here are some tips to keep in mind.

Almond flour is a healthier alternative to regular all-purpose flour. It has a mild flavor and makes baked goods lighter and fluffier. 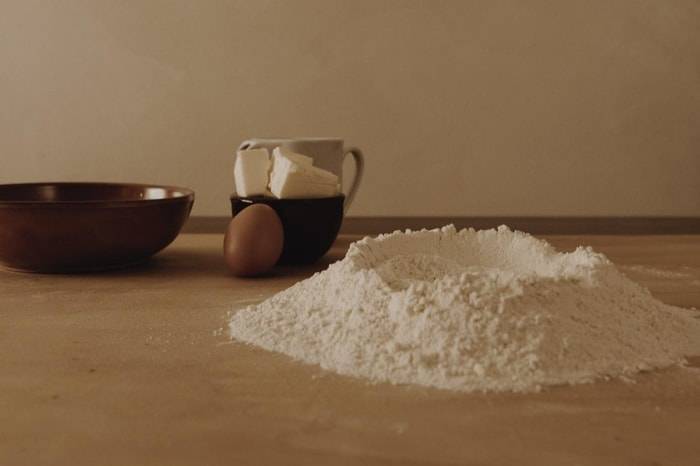 To make sure that your cookie doughs don’t become too dry after adding almond flour, add more liquid such as milk or water. You can also try replacing part of the butter with oil. If you’re not comfortable substituting these ingredients, then just reduce the quantity of almond flour by one-third.

Almond flour can be used instead of all-purpose flour at a 1:1 ratio. However, it requires additional binding agents. Almonds are very moist, so you’ll need to add some extra liquid to compensate. When purchasing almond flour make sure you get an almond meal, not almond flour. Almond flour is made from ground almonds after they’ve been used to create almond milk, and those are primarily used for macaroons. They’re around a similar size to cornmeal.

What effect does almond flour have on baking?

When substituting almond flour for all-purpose flour, remember that this substitution may change the way your recipes work. In general, almond flour works best when combined with other types of flour rather than being substituted on its own. 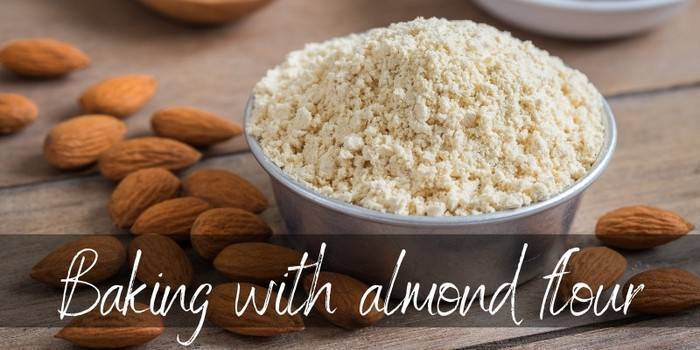 Almond flour has no gluten so it won’t bind as well as other flours. This means baked goods may spread more, or be more crumbly, than usual.

When substituting almond flour for another type of flour, you might find yourself needing to add more liquid to help bind the mixture together. Adding more liquid helps prevent the bread from spreading out during cooking.

You can do this by either increasing the number of eggs or reducing the amount of shortening or margarine. Alternatively, you can increase the amount of sugar or honey. These sweeteners act like glue and hold things together better than liquids alone.

Because almond flour contains less protein than wheat flour, it’s much softer and tends to absorb moisture easily. As a result, you’ll likely end up having to bake longer than normal to achieve the desired texture.

This doesn’t mean you shouldn’t use almond flour though. Just keep in mind that you’ll probably need to adjust how long you cook something because of the difference between almond flour and regular flour.

When compared to wheat flour, the almond flour is a bit moist. So you need to be careful when mixing the ingredients together. This could cause some problems with how quickly mold develops. You can compensate by adding less liquid into the mix.

If you want to avoid burning cookies, cakes, pies, etc., you should consider using a nonstick pan. The reason why is because most pans have coatings that contain fats. Fats will melt at lower temperatures than oils. Therefore, if you put food directly onto a hot surface without any fat coating, there’s a chance that the food will stick to the pan.

However, even if you use a nonstick pan, you still need to watch carefully while baking. Almond flour can be used to make baked goods that are lower in carbs and higher in fat, but you may get burnt cookies or cakes if you use too much. Try using less almond flour, if you want to increase the number of eggs in your recipe. Also, if you want to make a cake that rises more, add baking soda.

Can you bake with almond milk?

Yes! In fact, many people prefer almond milk over cow’s milk due to its health benefits. It also tastes great on cereal, oatmeal, pancakes, waffles, muffins, smoothies, yogurt, ice cream, and just about anything else you can think of.

However, not everyone likes the taste of almond milk. Some people don’t care for the flavor, others dislike the smell, and others simply cannot tolerate almonds.

Almond milk may be used in baking, although it has lower fat content than full-fat dairy milk. It’ll taste more watery than dairy milk because it’s more like 2% milk. This means it may be simpler for certain people to digest, and it may not cause allergic responses in others. It can be used in place of normal milk at a 1:1 ratio. Go for cashew or soy milk if you prefer creamier, smoother milk.

In conclusion, I hope my answer helped clear up all the confusion surrounding almond flour. There was so much misinformation out there regarding what makes almond flour different from other flours. Hopefully, now you know exactly what each ingredient does and which one works best depending on your needs.

I hope this article helped you in knowing how you can use almond flour in place of all-purpose flour and also helped you with all your food curiosities.

Bean sprouts are a great source of protein, fiber, vitamins, minerals and antioxidants. They are also very nutritious and versatile. If you love them, then you should definitely try freezing them.Bean sprouts are usually sold in bags or containers at Asian grocery stores. They come in various sizes and shapes, such as long beans, short…

Pasta is one of those foods that everyone loves. It’s cheap, filling, and delicious. However, if you’re looking to lose weight, then you should definitely cut down on your pasta intake. Pasta is high in calories and carbs, making it an unhealthy food choice. If you want to lose weight, then cutting back on pasta…

Cannabis has become a hot topic lately, especially since marijuana was legalized in some states. Many people are wondering whether they can consume CBD cannabidiol oils or other cannabis extracts in their daily coffee.CBD is a non-psychoactive compound found in the hemp plant. It does not produce a high, but it has numerous health benefits….

Eggs are a staple food in our daily meals. They are also very versatile and can be used in various ways. But did you know that they can be boiled over and over again without losing their quality?Eggs are a great source of protein and other nutrients. In addition to being delicious, they are also…

Do you know how much sodium is in a typical cup of coffee? Coffee has been around since ancient times and has become a staple part of our daily lives. However, there are certain things that you need to keep in mind before drinking a cup of coffee. nH_j6XDQd1c In this video I’m going to…

Do you ever wonder if there’s anything wrong with drinking curdled milk? Curdled milk is milk that has been heated above its normal boiling point. This causes the proteins in the milk to coagulate into a gel-like substance. 1 I’m sure you’ve seen curdled milk before but did you know that it isn’t harmful at…