Carob is a fruit native to Central America and Mexico. It has been used for centuries as a food source and also as a natural sweetener.

Carob is a rich source of antioxidants and minerals such as iron, calcium, magnesium, potassium, zinc, copper, manganese, phosphorus, and vitamin B6. Carob is often used as a substitute for cocoa in baking because it has similar properties. However, the carob contains no caffeine or chocolate flavor.

The health benefits of eating carob are numerous. The following article will discuss the nutritional value of this healthy alternative to chocolate. Despite the fact that chocolate’s deep bittersweet flavor is hard to surpass, carob is gaining favor as a great chocolate substitute. Vegans and lactose-intolerant people, on the other hand, are more concerned about finding dairy-free chocolate substitutes. So that’s what we’ll be talking about today, so keep reading.

Contents show
1 Is carob vegan?
2 What does carob taste like?
3 What is a carob in reality?
4 What are carob chips?
5 Can I use carob instead of chocolate in vegan recipes?
5.1 Tips for swapping chocolate for carob
5.2 Related Posts

Carob is vegan, and you may use it in place of chocolate without difficulty. If you’re lactose intolerant or vegan, you’ll be relieved to learn that carob is both dairy-free and vegan. 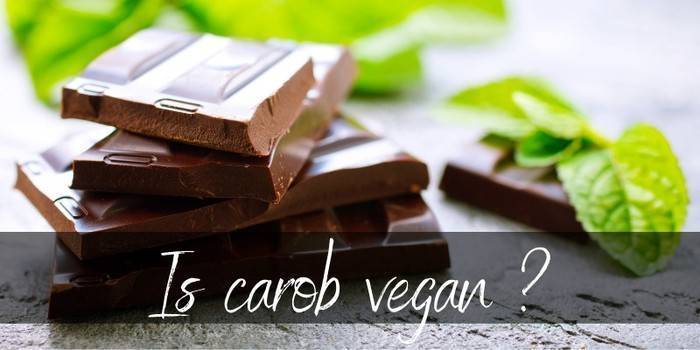 However, check the label carefully for any components that you may be allergic to. Carob is used to substitute cocoa powder in chocolate and baking, as well as in other kinds of confectionery. However, some manufacturers may use powdered milk in their recipes, so read the label carefully.

Carob, in addition to being a plant-based substance, is naturally sweet, making it a good treat for diabetics and anyone managing their sugar consumption. However, be sure that the carob products you buy don’t include any added sugar or artificial sweeteners. Aside from that, it comes in the form of sweet chips, raw and roasted powder, all of which may be utilized in a variety of vegan dishes.

If you’ve never tried carob before, then you might not know how it tastes. But if you have tasted it before, you probably already know that it doesn’t taste very much like anything else. In fact, most people who try carob say they don’t even realize it’s there until after they eat it!

It can sometimes resemble dark brown sugar with an earthy aroma. Some brands contain molasses which gives them a slightly bitter taste. Others are sweeter than others. You’ll be startled if you think carob tastes like chocolate. Carob has the flavor like watered-down cocoa, with an earthy and vanilla undertone, yet it’s sweeter than bitter cocoa.

Although carob does not have the same flavor like chocolate, it has its own distinct flavor and aroma. Carob sweets don’t contain nearly as much sugar or sweeteners as ordinary chocolate because it’s naturally sweet. If you’ve tried carob and can’t get enough of the difference in flavor, try dark chocolate. The darkest you can find, at least 85 percent cocoa.

What is a carob in reality?

Any true chocolate connoisseur would tell you that a chocolate’s smooth, bittersweet but powerful bite is difficult to top. As a result, substituting chocolate is not an option. Why would anybody wish to obliterate this delicacy? 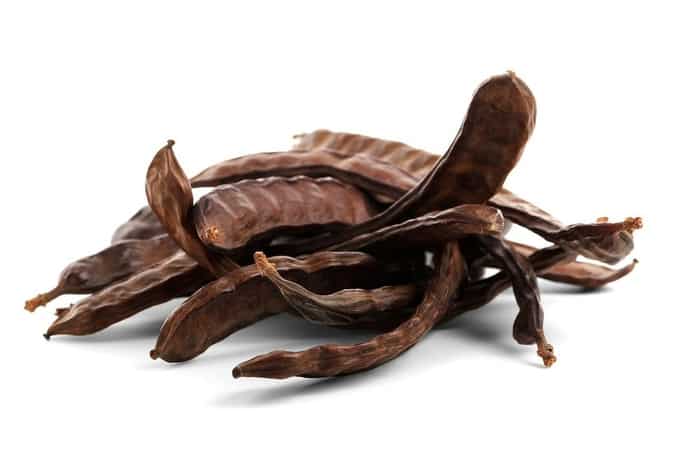 Although we agree with this statement, plant-based eaters may find it challenging to satisfy their taste senses because most foods or sweets involve dairy, gluten, or added sugar. While there are some vegan-friendly options, they don’t taste anything like the original recipes. Carob is a fantastic food item for such folks. Carob is derived from the same-named tree, which is mostly found in the Mediterranean.

What are carob chips?

Carob is a fruit from the legume family. It is used to make chocolate and other confectionery products. Carob is a rich source of fiber, protein, iron, calcium, potassium, magnesium, zinc, copper, manganese, phosphorus, vitamin B6, folate, niacin, pantothenic acid, riboflavin, thiamine, and vitamins A and C.

Carob is available in two forms: powdered and chips.

Powdered carob is simply roasted and powdered carob beans that resemble cocoa in appearance and aroma but are not the same. True cocoa aficionados will detect the difference, despite the fact that they have the same flavor. Carob chips are similar to chocolate chips, only they contain carob instead of cocoa. Powdered carob, a sweetener, and fat or oil are required to keep everything together. To achieve this, chocolate chips include cocoa butter. This may be achieved in a variety of ways in carob chips by replacing the butter or oil with a solid at room temperature butter or oil.

Can I use carob instead of chocolate in vegan recipes?

Cocoa butter is used to make chocolate, and it melts fast. Carob is produced with coconut or palm oil, which melts a little slower than chocolate, so take that into consideration. Carob may be used in a variety of ways. It’s a delectable plant-based foodstuff that may be used to create delectable sweets and delights. When purchasing carob chips or powders, however, seek those that are labeled as "dairy-free," as they may be combined with other normal ingredients that are incompatible with your diet.

Tips for swapping chocolate for carob

Carob can gradually be substituted for chocolate.

You’ll need to experiment until you find out what works best for you. If you’re using carob chips, you won’t notice anything different about them except their taste. However, if you’re substituting regular chocolate chips for carob ones, you’ll probably notice some differences. Chocolate chips tend to melt faster than carob chips, so you’ll need to cook longer when baking. Also, carob chips don’t require tempering before adding to baked goods.

You can substitute carob for chocolate in most recipes. The substitution ratio depends on how much chocolate was originally called for in the recipe. Substitutions work well in both savory and dessert recipes. Try experimenting with various ratios to determine what works best for you and your family.

In conclusion, we hope these tips help you enjoy all kinds of treats made from carob.

Chocolate has been around since ancient times. However, there’s no evidence that eating too much chocolate could kill you. wjzCeZcQdO0 There are many myths surrounding chocolate. Some say it causes cancer, others claim it makes you fat. So, should you eat chocolate every day? Chocolate is delicious! And if you want to enjoy it without…

Have you ever wondered why some food items taste better after they expire? This question has puzzled scientists for years. The answer is simple: bacteria. Bacteria thrive in foods that have gone bad. They produce enzymes that break down the food into smaller molecules, creating new flavors.Bacteria is everywhere. In fact, there are more than…

Substitutes for butter to fry scrambled eggs To make scrambled eggs, you need to whisk together two eggs and season them with salt and pepper. Then, you can either scramble the eggs in a pan or put them into a bowl and pour hot milk over them. Once the eggs are cooked, you can top…

You’ve probably heard about boiling frozen corn before, but did you know that there are several ways to cook it? There are two main methods: boiling and microwaving. Which method should you choose?Boiling frozen corn is a simple way to prepare it. Simply put the corn into a pot of water, bring it to a…