In today’s era certain foods are emphasised as natural and organic but the reality is different, we are surviving in man made food.

Believe it or not, the majority of fruits and vegetables that you are consuming today are man made. Yes! That’s shocking but it is the truth. 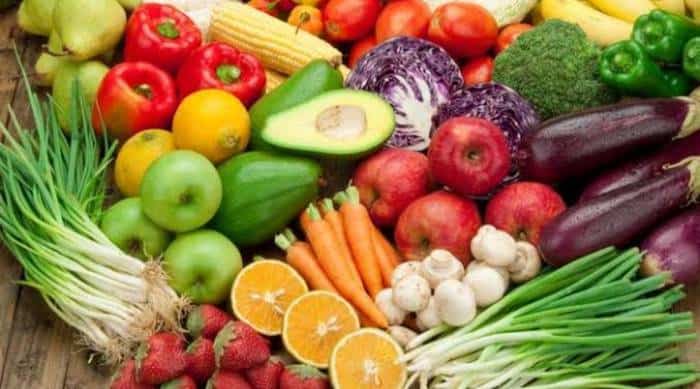 Many experiments were done by botanists and naturalists to achieve what we eat today.

Let me mention some of them: apples, bananas, strawberries, broccoli, almonds, carrots, oranges, peanuts and many more are there but we can’t mention all of them as this list will never end.

These all are man-made hybrids of nuts, fruits and vegetables that went through a selective breeding process where only the favourable plants that held good characteristics were selected for replantation to reproduce and become food.

You can also consider that it was done intentionally.

Well! It wasn’t that easy there were approvals as well as rejections. As many outcomes were not so satisfying, only those foods were selected that showed wanted results.

What are man-made fruits and vegetables?

Man mane fruits and vegetables are that food item that was once intentionally crossed with similar existing species to achieve food that holds better and modified versions.

Every fruit and vegetable that we are consuming today stems from its original ancestor, still very few of them are the same as they were thousands of years ago.

When you look 1000 or more years back you will get to know that the fruits and vegetables that existed at that time were completely different.

See also  Bake VS No-Bake Cheesecake 4 Differences, And How To Get Them Right

Apples that were found in forests were very small as compared to modern existing varieties of apples. 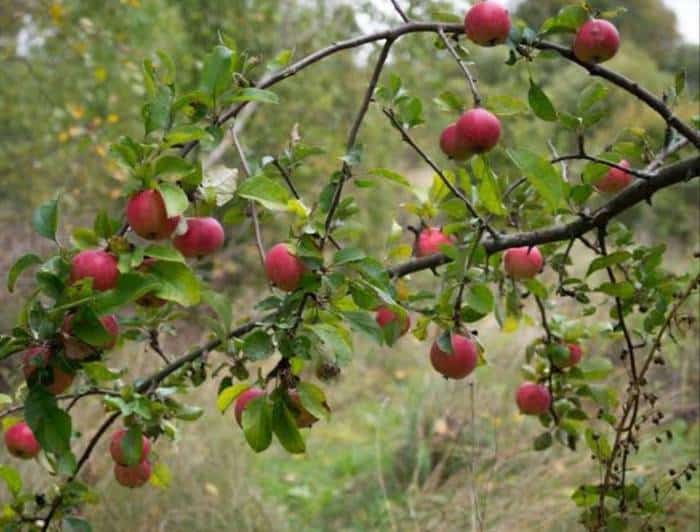 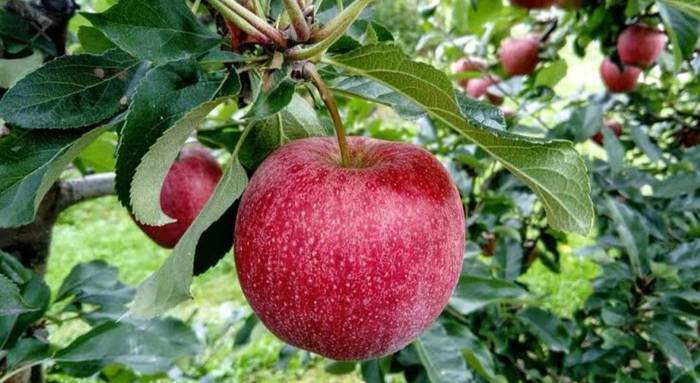 Then humans decided to hybridise both the variety and check out if they get some better outcomes. Like they expected the hybridised apple to be sweeter, bigger and juicier.

Similarly, many other folks did the same and resulted in different existing varieties of apples that we know today.

Similarly watermelons, bananas, eggplants, carrots, corn, tomatoes, strawberries, almonds and cucumbers are some of the other examples that were hybridised to get better versions of them.

Let’s go to some depth: 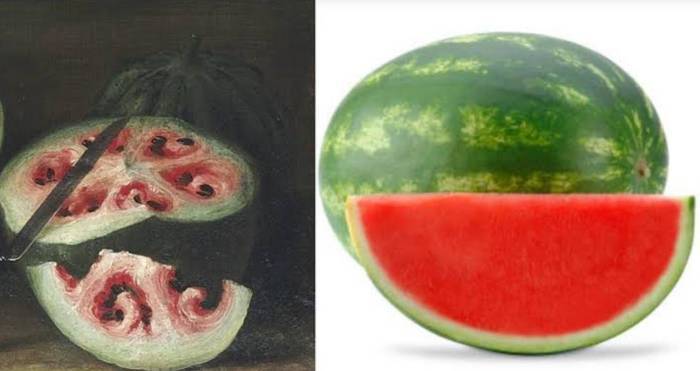 Watermelons that existed before completely varied from modern watermelons. They are known as wild watermelons because their flesh had uneven colour, uneven shapes and many black seeds.

Whereas, the modern watermelon that we eat today are hybridised by humans to achieve watermelons that have a red vibrant colour with fleshy interior and are seedless. 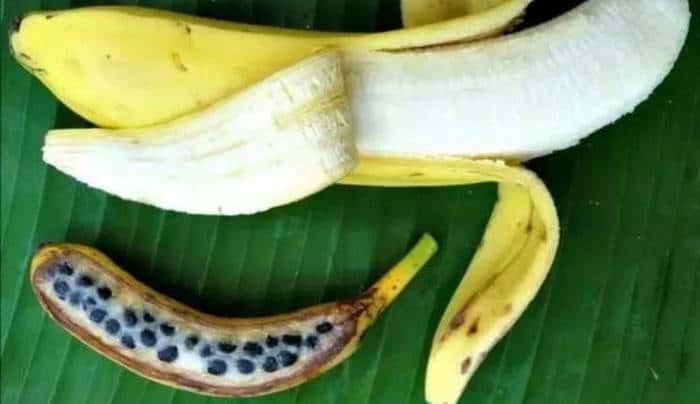 The first banana that has been cultivated is known to be grown about 7000 years ago. At that time wild bananas were found. Over time, crossbreeding happened.

The modern banana which we consume today is a hybrid of two wild varieties namely Musa acuminata and Musa balbisiana. Balbisiana had large, hard seeds inside it with tough inner flesh. While acuminata had a gross taste with soft flesh.

Now we are blessed to consume bananas that have nutrients, sweet flesh, are easy to hand and have peelable coverings.

See also  How to cook rice and beans in a rice cooker? (3 Ways how) 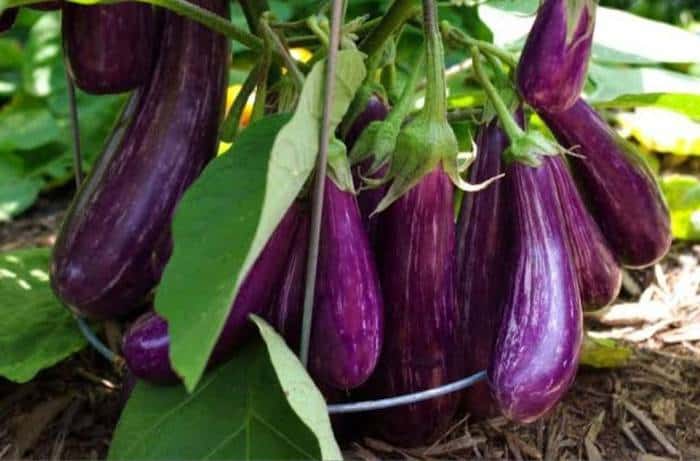 Earlier there were many varieties of eggplant. They came in a wide variety of different shapes and colours like white, purple, yellow and azure.

They were very small in size with large spikes in them making it very difficult to pluck them.

The modern eggplant that exists today is very large, has a purple colour and softer flesh.

While humans played an important role as they performed hybridization here too to get better and consumable varieties of eggplants. 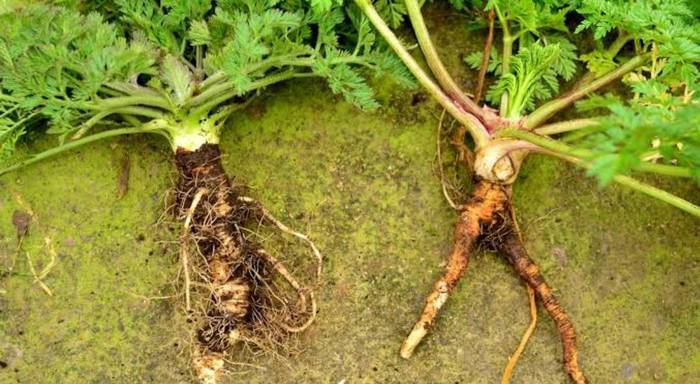 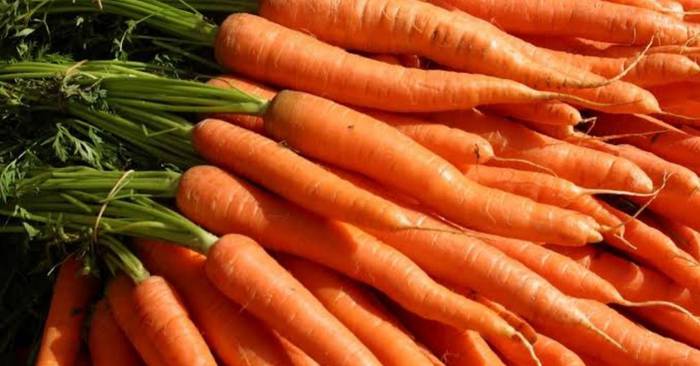 Earlier, carrots were more like roots at that time. The earliest carrots grown is known to be in the 10th century in Persia and Asia Minor.

They didn’t have orange or red colours like today in fact, they had purple or white skin with thin roots. Over time they lost purple pigment and became yellow.

While humans hybridized carrots too to achieve modern carrots that have a larger, flavourful taste and orange roots. 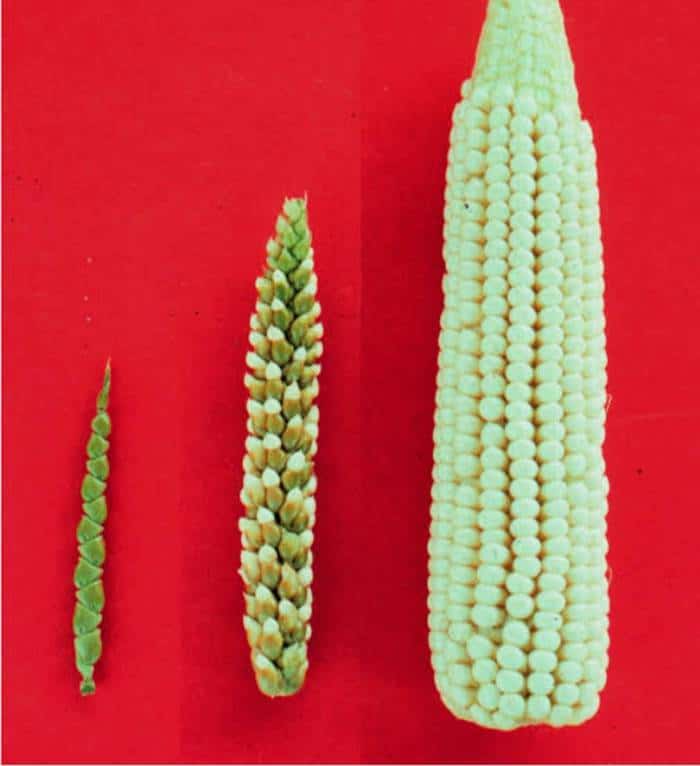 Today, we are seeing the hybridised version of corn that is 1000 times bigger than natural corn and is very convenient to peel and grow.

While the majority of hybridization took place in the 15th century by Europeans. 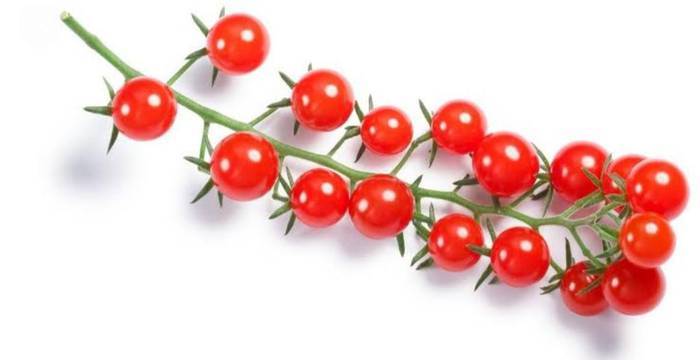 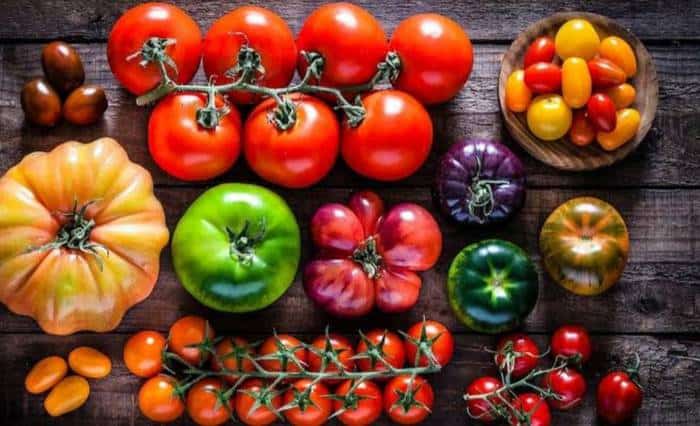 Earlier tomatoes were very small in size just the size of peas, even the cherry tomatoes are way bigger than them.

These wild tomatoes were first found in South America.

Like all, humans conducted hybridization of different species of tomatoes and came out with different varieties that we consume today.

Now we can consume bigger tomatoes and even cherry tomatoes are the result of one of the crossbreeding. 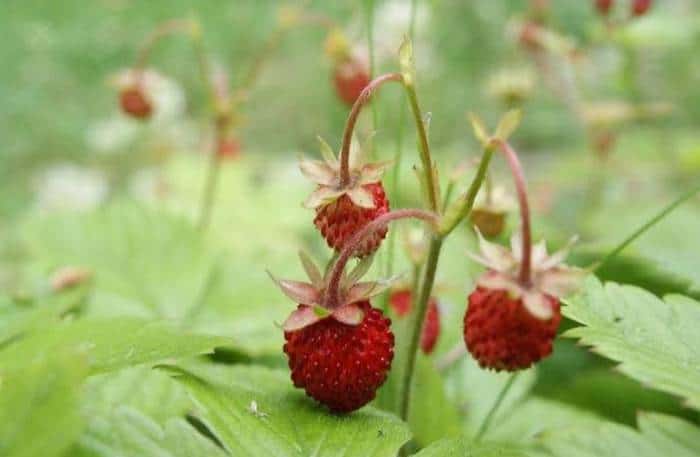 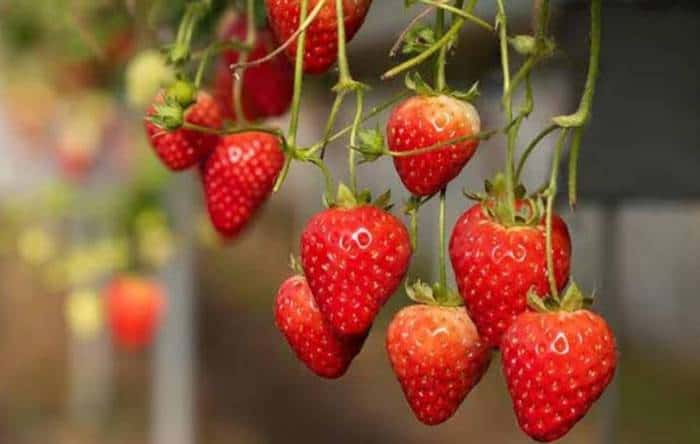 The tasty strawberries are also a result of hybridization.

Earlier strawberries that were grown were wild and woodland species. These strawberries were very small with bright red colour and amazing flavour.

Later, crossbreeding was done between two of its species namely Fragaria virginiana and Fragaria chiloensis.

See also  What happens if you eat bad corn? (+5 side effects)

Still, you can find those wild strawberries but barely anyone grows them nowadays.

Without the crossbreeding of these two species, it was impossible to get the strawberries that we love today. 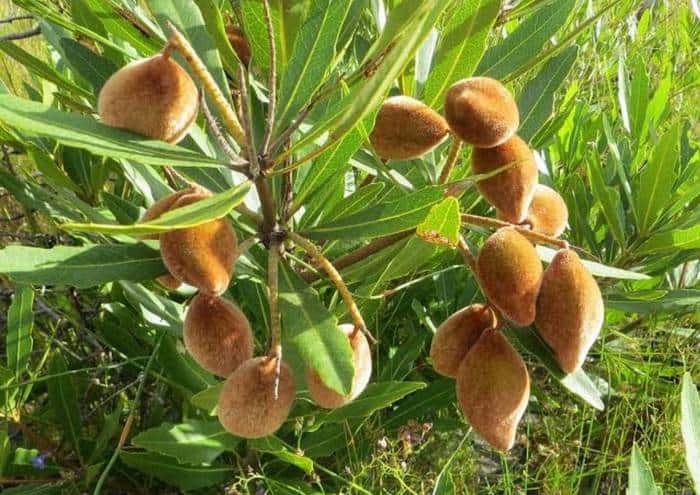 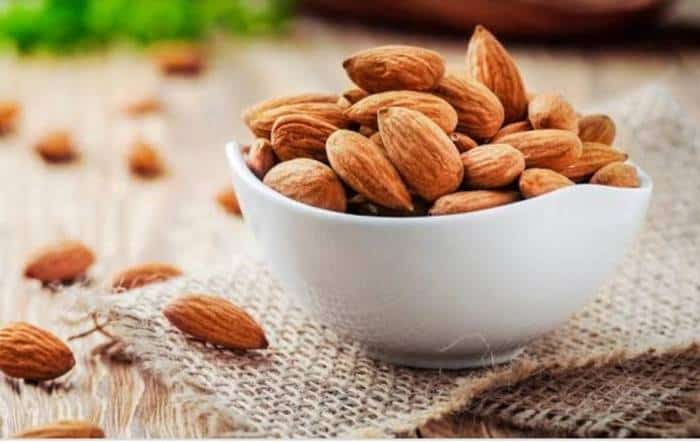 We all love the sweet crunch of almonds but do you know that it is a hybrid version.

If humans haven’t made the modern almonds you could have died eating those original versions of almonds as most of the wild almonds are poisonous when consumed in large amounts.

They are also bitter whereas the almonds that we consume today are packed with nutrients and have a sweet taste.

Well! It’s quite difficult for scientists to understand how humans invented an edible nut from poisonous plants, it is a mystery. 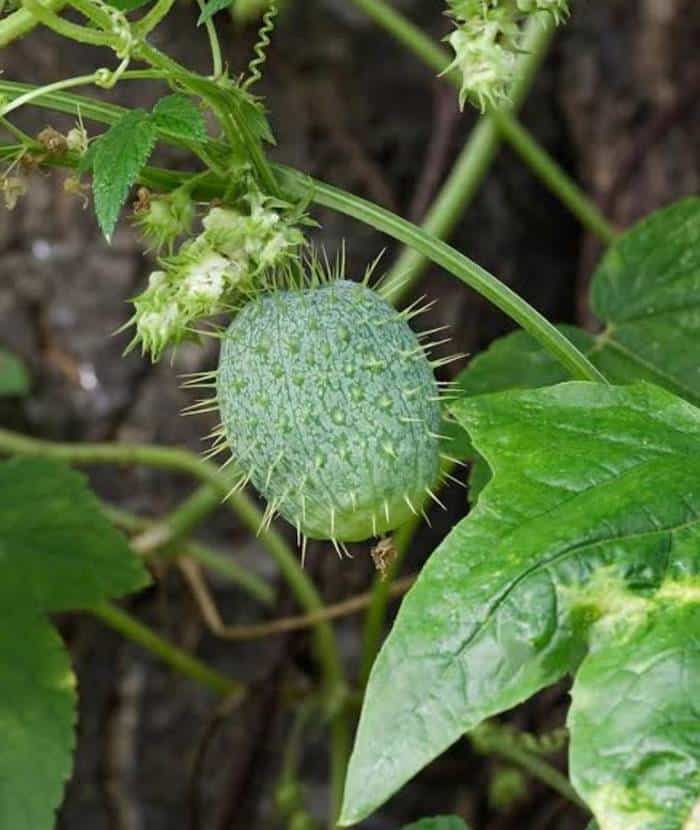 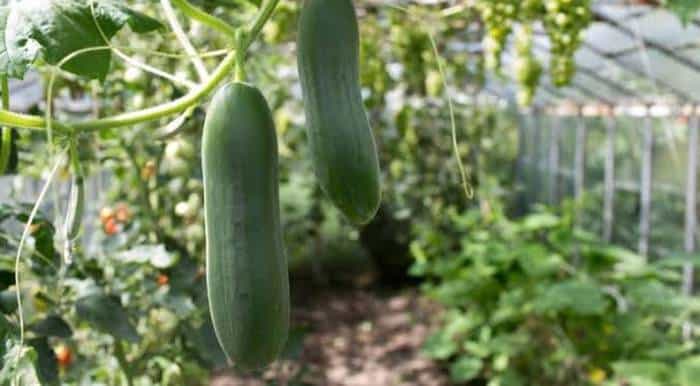 The original versions of cucumber weren’t the same as today’s existing varieties.

They had dangerous big and small spikes on their skin.

Well! The cucumber we consume today has been cultivated since 3000 years ago. You can still find wild cucumbers in some places.

The final modern cucumber wasn’t hybridised till the 1800s.

Now you can find many varieties of cucumbers as it holds a long history.

And the list goes on and the process of crossbreeding will continue to explore more food options. On this planet, we need every variety of food for our survival and we are always in search of the best flavours, colours and health benefits so, this process isn’t going to stop anywhere.

Now, the majority of the foods we are consuming are man-made and if you still look at your kitchen desk you can find a few of the above-mentioned food items.

Nothing literally beats the pop of fresh berries, especially in summer. Berries are the highlight of the summer season. Just imagine the pop of fresh juicy blueberry, the indulgence of a juicy ripe strawberry, or a sweet-tart harmonious flavour of ripe blackberry. Craving it already, aren’t you? You must have visited the nearby market to…

Can you freeze jello shots? Jello shots are a fun way to serve dessert or appetizers. Jello shots are usually served chilled but if you want to freeze them, you can. Just place them in a freezer safe container and put them into the freezer until frozen solid. Once frozen, transfer them to a resealable…

Garlic has been used for thousands of years to treat ailments ranging from heart disease to cancer. It’s also known to boost energy levels, improve digestion, fight infections, lower cholesterol, and even prevent diabetes. But if you’re a garlic lover who can’t stand the pungent flavor or smell of raw cloves, there are plenty of…

Do you want to get the most out of your garden but don’t know where to start? This guide will explain you how to plant your fruit trees correctly! Fruit trees are very rewarding to grow. However, there are certain things that need to be taken into consideration before planting. In this blog post I…

Alfalfa seeds are high in protein and fiber, but can you really eat them? Alfalfa seeds are also known as lucerne seeds, and are often used as animal feed. However, there has been recent research suggesting that eating alfalfa seeds could lead to health problems. 1 In this blog post I’m going to tell you…

Can you mix ammonia and baking sodas? Baking soda is a chemical compound composed of sodium bicarbonate NaHCO3 and water. Ammonia is a colorless gas used in cleaning solutions and refrigerants. Ammonia is a strong base and reacts with baking soda to create a solution called baking powder. This mixture is commonly used to leaven…