Maraschino cherries are made from the marasca cherry tree. It is native to Italy and Spain. The fruit is used to make liqueurs such as amaretto and sambuca.

Marasca cherries are also known as “marasca” cherries. The name comes from the Italian word “Marasco” meaning “to blush”. The marasca cherry was introduced­duced into the United States in 1885.

Let’s face it: Maraschino cherries sound delicious, and as a kid, you probably imagined them to be an expensive, high-quality fruit that you only ate once in a while. You know they’re mass-produced now that you’re an adult, and they taste just as they look: neon-sweet, nothing like a cherry, and irritating.

So, what do you do if your favorite Black Forest cake recipe calls for these neon horrors to be used as a garnish? Is there a genuine Maraschino cherry substitute? Why do they exist in the first place? Don’t worry, we’ll provide you with a selection of appropriate alternatives. Plus, we’ll explain how and why Maraschinos evolved from being a luxury product to the bright red, tasteless mess they are now.

Let’s quickly have a look at some of the best substitutes that you can use instead of Maraschino cherry.

The sweet cherry has been around since ancient times. Its origins lie in China where it was cultivated more than 5,000 years ago. Today, most people think of the sweet cherry when thinking about fruits. 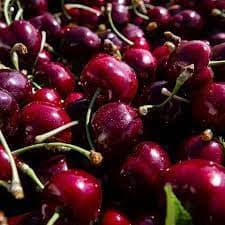 They come in many different varieties including Bing, Rainier, Morello, Montmorency, and others. These types of cherries all share similar characteristics but differ slightly in size, shape, color, flavor, and aroma.

Fresh, juicy cherries are the first and finest replacement. They aren’t constantly in season, and when they are, they may be costly. But they’re well worth it, and you can simply substitute them for Maraschinos. They’re excellent as pie fillings, in bread and cake mixes, in homemade ice cream, and just about anything else! They are not only more flavorful, but they are also moister. If you’re intending on putting them in a cake mix or something similar, keep this in mind.

If fresh is unavailable, frozen or canned alternatives can be used. Just be sure to drain them well since those two cherries are quite moist. Dried cherries also work, and guess what? They could even be more effective. Dry cherries should be soaked in sherry or cherry liquor before being used in place of Maraschinos.

This one isn’t really a substitution because it doesn’t actually replace any other ingredient. Instead, it adds another layer of sweetness to whatever dish you want to serve. Luxardo Maraschino Cherries are available in both liquid form and solid form. Both forms contain sugar, so you don’t need to add extra. 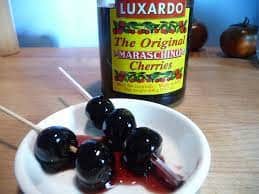 You can find them online or in specialty stores. They usually cost between $10-$15 per bottle. The liquid version comes in a clear glass bottle whereas the solid ones are sold in small boxes. Either way, they make great gifts for friends who love maraschino cherries. Luxardo Maraschino cherries are the closest thing you can get to a Maraschino cherry.

They’re loyal to the original version, haven’t been colored red, and still taste like cherries! They’re rather expensive, and you won’t be able to get them everywhere, so you’ll have to order them online or visit a specialty or Italian store to see if they have any. If you can locate them, that’s fantastic! They aren’t sold in large jars, so take what you can get.

These little guys are native to Italy and were originally called "amaro". Amarena cherries are made by drying sour cherries until their natural juices evaporate. This process concentrates the flavors into an intense syrup which makes up the majority of amarena cherries’ composition. 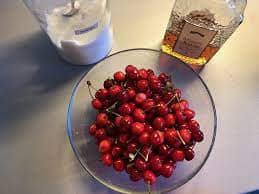 Their tartness gives them a unique flavor profile unlike any other fruit out there. You might recognize them from gelato shops, especially during the summer months. If you can’t locate anything else, amarena cherries are another alternative, albeit they’re a bit different. Amarenas employ sour cherries that have been cultivated particularly for this purpose, whereas Maraschinos use sweet cherries.

Amarena cherries, like Maraschino cherries, have an Italian recipe and history. The flavors are quite similar, and Amarena may simply be substituted for Maraschino. Just remember that Amarenas are larger than brilliant red Maraschinos, so if you require a certain weight or volume, make sure to measure it!

How to prepare your own Maraschino cherries

The easiest method would probably be to buy some Maraschino cherries that already come with the liqueur inside. These will save you time and money. However, if you’d prefer to try making your own, here’s how:

1) Wash the cherries thoroughly under running water. Make sure all dirt has been removed.

2) Place the washed cherries in a saucepan filled with enough cold water to cover them completely. Bring the mixture to a boil over medium heat. Boil uncovered for 10 minutes. Remove the pan from the stovetop and let cool slightly. Drain the cherries through a colander placed over a bowl. Discard the cooking liquid.

4) Transfer the cherries back to the same pot. Cover tightly and bring to a simmer over low heat. Cook for 30-40 minutes, stirring occasionally. Check every 15 minutes after 20 minutes. When done, remove from heat and allow to cool completely before transferring to storage containers. Refrigerated, these should last about 2 weeks.

There is no substitute for authentic Maraschino cherries since they contain real ingredients such as alcohol, citric acid, and artificial coloring agents.

But if you want something close to the real deal, then we’ve got four alternatives for you. Each one offers its own distinct characteristics, but none of them are perfect substitutes for the originals. So pick whichever suits your needs best, and enjoy! I hope Food curiosities have been solved.

Do you ever get the feeling that you could really benefit from a deep clean? If you answered yes then this article is for you! In today’s world, there seems to be no end to the amount of dirt and grime that accumulates around our homes. From dust bunnies under beds to cobwebs in corners,…

When freezing seafood, how long can you store it before it goes bad?Seafood is often frozen at home or in restaurants. If you want to preserve it for later consumption, you should freeze it immediately after purchase. The longer you wait, the less fresh it becomes.You can freeze fish, shrimp, lobster, octopus, clams, mussels, squid,…

Does milk help you poop? If you drink a glass or two before going to bed, you might get some relief from constipation.Constipation is a common problem that affects millions of Americans each year. Many people don’t realize that drinking milk helps them go to the bathroom.Milk contains lactose, a sugar found naturally in breast…

Glycerin is a sweet liquid derived from vegetable oil. Some people believe that they can consume it without any problems. Is this true?Glycerin has long been used as a food additive and is also found in some cosmetics. It’s also commonly added to toothpaste and mouthwash.Yes, you can consume glycerin safely. The only problem is…