The mousse vs pudding debate is one that has been going on for years. It’s a question of which dessert you prefer, and it can be difficult to decide between the two because they are so similar in appearance and taste. The truth is there are some key differences between them that make each better suited to certain occasions or people.

pudding is a dense cream that may or may not contain eggs, depending on the recipe, while mouage is an airy, fluffy yet thick froth. It’s important to note that pudding is always cooked, while mousse isn’t. It’s not cooking, but it is tempered.

Because pudding is cooked, it can be served at many different temperatures. Mousse needs to be in the fridge for a while before serving so it is always cold.

It’s easier to make an allergy-free pudding than it is to make a mousse, which is supposed to be made with eggs. It is possible to make pudding without sacrificing much in flavor or texture. 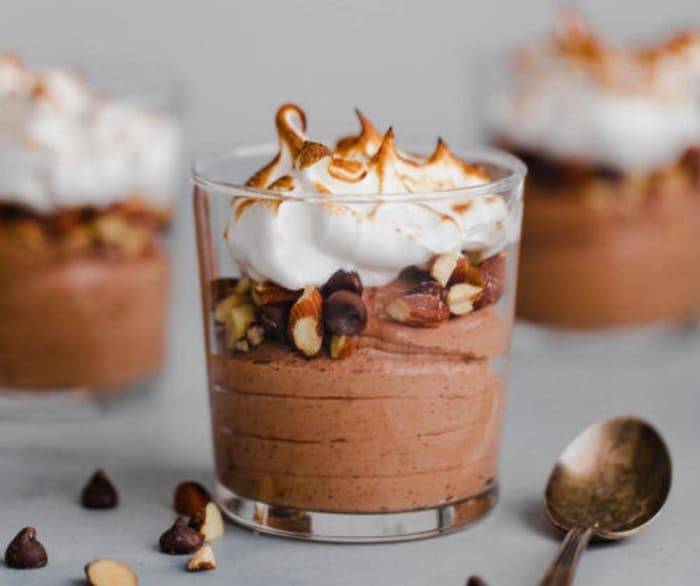 It’s a French word for froth or foam. mousse is supposed to be light and airy as it has tiny air bubbles in it. The majority of the time, this happens because of whipped egg whites, but there are some recipes that add cream to help with the airy texture. 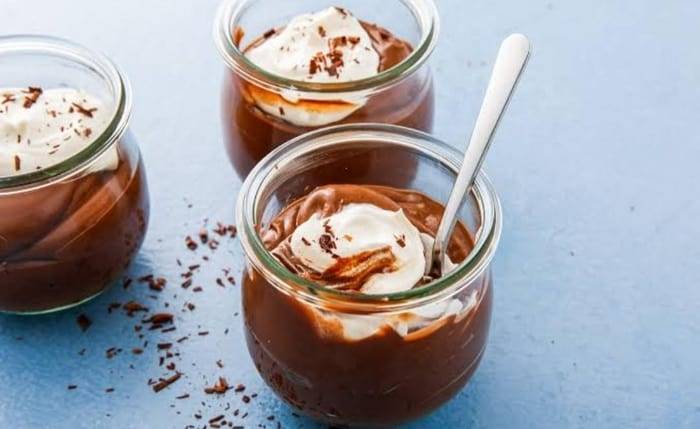 A thick cream called pudding is usually made up of milk, sugar, and starch. It is almost always sweet, unlike the old-timey puddings that are made with bread and fruit juice. Some recipes may add egg yolks to give them a better flavor and some will add heavy cream.

The way pudding works is that the cream will set and the cornstarch will thicken, leading to a very thick mouthfeel. When put nicely in a serving bowl, pudding may look similar to mousse. They are very different, and we’ll look at those differences in the rest of this post.

Learn More:  How To Reheat Carbonara Trying To Save A Delicacy

1. Pudding is thickened with cornstarch

The presence of cornstarch is one of the differences between pudding and dessert. They have a lot of things that overlap, but one thing is always the same. It’s not going to be possible for Mousse to get thick with cornstarch.

For one, you don’t cook mousse and for another, cornstarch needs to be cooked. It is definitely not what mousse should be because of the different kinds of thickness added by cornstarch.

The mousse is supposed to be light and airy. It wouldn’t be easy for the millions of air bubbles to hold all that weight.

2. Mousse is light and airy

It’s light and airy and made with eggs. Skipping the eggs can be done, but you will get a less impressive result. The process of beating the egg whites and mixing them with other ingredients creates a cream.

Egg yolk can add richness and boost flavor in mousse. You’d need something to get the eggs fluffy if you were to remove them all. To get it to keep its bubbles, you would have to whip some cream or aquafaba.

It’s possible to make a pudding completely egg-free, but it tastes better if you add eggs. It’s important to note that instant pudding mixes don’t need eggs to work. A lot of patience and constant stirring is needed to make a pudding from scratch.

Eggs can easily scramble, so extra care needs to be taken when making puddings with them. Is it necessary to have an entire chicken farm if you want to use only eggs? We promise, you will end up adding some cornstarch halfway through.

It is necessary to cook pudding for at least a couple of minutes to make it thick. The rest of the flavors are activated and you get a finished product.

Learn More:  Can you eat Christmas pudding after the best before date?

It’s not cooked, the egg whites are tempered with some hot sugar syrup, and you end up with Italian meringue. It’s also a very stable, smooth whipped egg white that cooks through without tasting like an omelette. Some of them are French meringue which is not tempered. Depending on the recipe.

The way they’re made makes them serve differently. The dessert is often used with French meringue. You have to serve it cold or nearly frozen because it needs to be in the fridge for a few hours.

It is possible to serve pudding at room temperature or completely cold. You can even pipe some whipped cream on top if you keep it in the fridge.

5. Pudding can be used in cake filling

If you have leftover pudding, you can make a cake filling out of it. You need warm butter and a pudding that’s not too thick. Make sure you cut the butter into small cubes. It might look strange at first. It should mix right in if the butter is soft and the temperature is not too hot.

There is something extra in this cake filling that will make it a very thick and creamy filling.

Mousse can’t be used as a filling because it needs all those bubbles. It would deflate if you were to sandwich it between two cake layers. It’s best to use it as a decoration on top or as a crumb coat.

Both are creamy desserts

If you look at the dessert fridge in an establishment, you might be wondering which one it is. There’s no telling them apart if you can get up close and personal. Both have some form of topping, usually fruit or whipped cream.

Both are served in a similar dish. If your mousse look hard enough, you’ll see a few bubbles on the sides of both. Most of the time you’ll only notice this when you look inside.

Learn More:  Can you drink coffee before giving blood?

I don’t know if pudding has eggs or not, but there are some things that mousse does have. It’s a very blurry line, but most of the time you will notice it is thinner than a pudding.

It is possible to make pudding thinner so that you can’t easily tell them apart. In short, custard doesn’t usually have cornstarch, and instead relies on egg yolk and cream to cook.

Do all of these distinctions mean anything in the end? It doesn’t matter if your dessert is a custard, pudding, or mousse as long as it comes straight out of the box. It may be anything you want it to be.

Puddings are thicker than mousses. That means they take longer to bake. They tend to be more dense and less airy. They are sometimes called "pies" because they are baked in pie pans. This isn’t true though. A pie crust is different from a pastry shell. You can eat pudding any day of the week. I think they taste better during the holidays. But who am I kidding, everyone loves them!

Contents show
1 Mousse vs pudding
2 What is mousse ?
3 What is pudding ?
4 1. Pudding is thickened with cornstarch
5 2. Mousse is light and airy
6 3. Pudding is cooked
7 4. Mousse is always served cold
8 5. Pudding can be used in cake filling
9 Both are creamy desserts
10 What about custard ?
11 Conclusion
11.1 Related Posts
Haley Schroeder

It seems like every day there’s another new word or phrase popping up in our daily lives. What is womb? How did it get its name? Womb comes from the Latin word meaning "womb". The term was coined in 1818 by English obstetrician John Bell who used it to refer to the uterus. Womb is…

If you’re looking to save money on your energy bills, then you might want to consider buying a mini fridge instead of a regular sized one. However, there’s one thing you should keep in mind before making such a big purchase. How much power does a mini fridge use? A mini fridge uses less electricity…

Ovens are designed to maintain temperatures within a certain range. Most ovens have a self-cleaning feature that allows you to clean the interior of the oven while it’s still hot. This process usually takes about 30 minutes. After cleaning, wait until the oven cools down completely before opening the door. Once the oven reaches room…

Raw crab meat has become very trendy lately. Are they really worth the hype? Raw crab meat is considered a delicacy in some parts of Asia, particularly China and Japan. The meat comes from live crustaceans (crabs) that haven’t been cooked or processed. While it might seem strange at first, raw crab meat does contain…

Spaghetti is a staple food around the world. But did you know that the word comes from the Italian language? The word Spaghetti means “spider web” or “web of threads” in Italian. This name was given because the strands of pasta resemble the web of a spider. It’s true that spaghetti is a type of…

Cherries are delicious fruits that come from trees. They are also known as sour or tart cherries. The name comes from their sour taste. Cherries are native to Asia and Europe. They are grown worldwide today and can be found in supermarkets. Cherries are high in fiber and contain antioxidants that fight free radicals. They…