Pepper seeds are the ones that are missed out in most of the recipes and this can be done by you too. Imagine you are making a very tasty bell pepper recipe and you carved out the seeds and the whitish membrane. 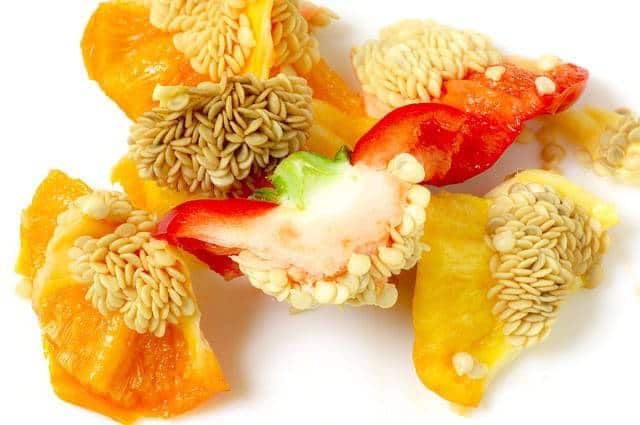 This is done pretty often just because people think these seeds are just waste or they aren’t edible. I’m not blaming you for this because this is something that has been followed for a very long time and you must have seen your parents and grandparents do this which is why you do it. Many chefs all over the world also have a practice of removing these seeds and I bet you have never thought about this anytime before.

If you want a short and sweet answer to the above-mentioned question then let me make it clear to you that pepper seeds are edible. One thing that you should keep in mind is that they are very spicy as well. 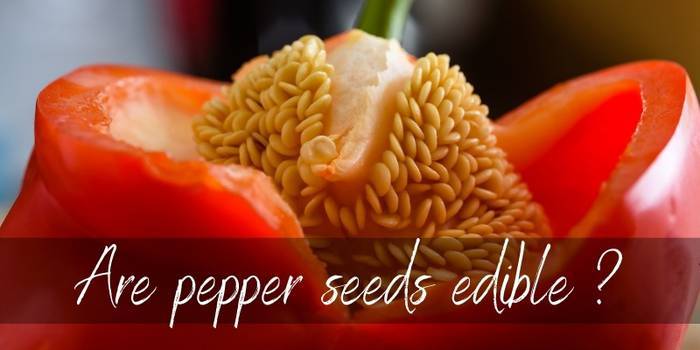 The seeds that come from the jalapeno, bird’s eye chili, and you can also consider a habanero to be very spicy and extremely hot which can be felt. If you are thinking of cooking with hot peppers then you need to keep in mind that cooking with their seeds will provide you with something extremely spicy. You need to remove the seeds before cooking if you do not want to experience the spiciest dish of your life.

Seeds have most of the heat

This simply means that if the seeds and white membrane are removed then most of the heat can be reduced directly. If you want your food to be a little spicy then you should remove them and leave the placenta as it is.

Learn More:  Can you eat watermelon seeds straight from the fruit?

You must have had tacos, pizzas, burgers, etc before but have you ever wondered why the middle part that contains the seeds is so hot? This is only due to the hotness that the seeds contain. The decision of leaving the seeds in the pepper is all up to you because they are edible without a doubt but let me tell you that they are very spicy which can be a problem later.

If you want to prepare the best spiciest sauce then you can do it by simply using some of the very simple ingredients. Chili seeds or any kind of hot pepper seeds can work.

You need to heat them lightly in plain vegetable oil. Now transfer it to a small dish and use a spoon to put it over your meal. You need to be careful because this can be the hottest thing you will ever make. The reason behind it being the hottest is because capsaicin is capable of dissolving very quickly and easily with fat and oil and when you heat it, it becomes more powerful and hotter.

The best thing about this sauce is that it can stay for a long time which is at least 2-3 weeks if you seal the lid tightly.

Are you looking to buy pepper seeds, Click here to buy Pepper Seeds

The short and crisp answer is Yes, bell pepper seeds are edible and you can use them in your recipes as well. However, bell pepper seeds come with a very specific taste that is earthy and bitter which won’t be preferred by some people. 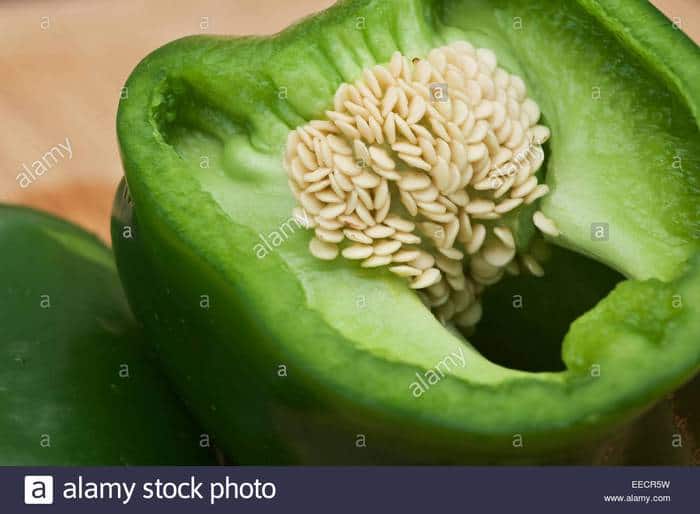 If you are someone who likes green bell pepper then I think you will also like the seeds. One problem that bell pepper seeds have is the texture because they can be tough to chew when compared to the seeds of hot pepper. They are also larger and that’s why they are easily noticeable while chewing. This thing can be a problem to some people and they might not like it and it’s completely understandable.

If you are thinking of cooking a meal for several people and using bell pepper seeds for that then you need to bear in mind the bitterness of these seeds.

There are some seeds from red and orange bells that might not be as bitter because they are the ones that are the most matured and they might be sweet as well. You should always try avoiding the green bells because they will be so bitter that you will have to omit them. If your guests are okay with the taste then you can go ahead with it otherwise go for a better option.

Can we eat bell peppers that have black seeds?

There are chances that when you cut open a bell pepper or any other pepper you may find seeds that are black and brown. They aren’t something to worry about. 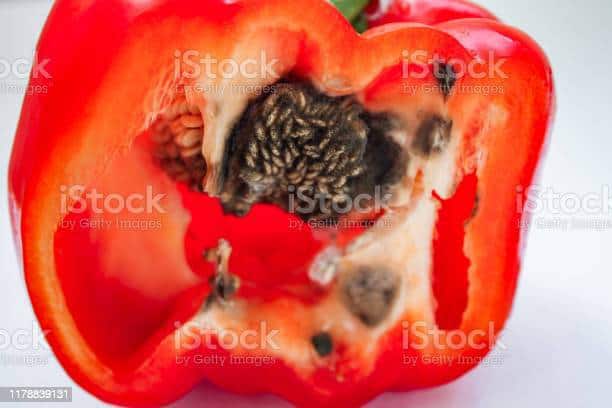 These seeds are just fine and the color is a result of pepper that has grown worse. This can be a defect in the whole pepper lot or it might also be a problem with that selective bell that didn’t receive enough sunlight. However, these black and brown seeds aren’t a huge problem. It is okay to remove the seeds but you don’t have to remove the whole bell. In case you found mold on the pepper inside or outside then you will have to throw them away.

What to do with bell pepper seeds?

There are several reasons due to which the bell peppers you just bought from the market won’t sprout and it also won’t create a shiny bell.

This happens when the seeds are not open-pollinated or the bell peppers were immature, which is anything from green to orange.

There are many reasons and due to one of those, the bell peppers that are made for commercial use are unable to and won’t reproduce. You will have to get yourself a pack of bell pepper seeds whenever you want to sow a new crop.

Why is a pepper present inside my pepper?

To be funny, the first fact that comes to anyone’s mind is that the pepper is having a baby when you see a pepper inside a pepper but this is not the case.

Learn More:  Can you die from inhaling gas from the stove?

Just like any other fruits or vegetables, peppers also reproduce the same way which is by spreading their seeds on the ground. After that, a plant with a flower grows from that seed. The pepper in pepper that is The ‘baby’ pepper you see is an anomaly, like pepper that has been double fertilized. Rather than a baby, consider it to be a less-developed twin. What causes this and why things like this happen remains a mystery to science. Oranges exhibit the same behavior.

However, you do not have to worry because your pepper is still edible and I am talking about both the small one and the regular one.

Pepper is widely used in millions of recipes and it helps in adding taste to any dish and it is one of the best spices out there. However many people doubt its seeds.

Are pepper seeds edible? This is the most discussed question. By this post we understand that yes pepper seeds are edible and you can use them in your recipes but you must know that they are extremely hot and spicy which can make any recipe very spicy so you should be aware of the taste you want and the spiciness you expect. We also learned a lot about bell pepper seeds. I hope this article was useful and informative.

White rice has long been considered a staple food in Asian countries. In recent years, however, some nutritionists have begun to question whether or not it’s really good for us. Can you eat white rice on the keto diet?White rice is a type of grain that contains high levels of carbohydrates. It’s also rich in…

Stir fry is great — especially when paired with rice or noodles. This quick and nutritious recipe can go from stovetop to table in no time. But how long does stir fry last in the refrigerator? And what should you do with leftover stir fry? There are two types of stir fry, Chinese and Western….