Plum tomatoes versus Roma tomatoes: Are they actually different? 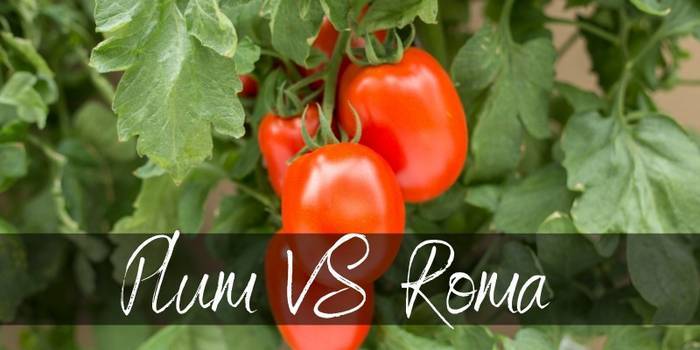 Are you juggling with the thoughts of which is better, Roma tomatoes or plum tomatoes? Do you often pick them up from the nearby grocery store without having any slightest idea about what makes them different?

Almost all vegetables and fruits have a lot of types and subtypes. Knowing them or identifying their benefits becomes really challenging for us. So, we are here to help you differentiate between them and know their specialties.

Tomato as we know is an edible berry of the plant Solanum Lycopersicum, commonly known as the tomato plant. It is originally from South and Central America. It is eaten in various forms, both raw and cooked, all over the world.

In temperate climates, different varieties of this plant are grown in greenhouses to allow all-year cultivation.

Roma and plum tomatoes are among these varieties of tomatoes found in Pennsylvania. These two are two distinct types of tomatoes.

Roma tomatoes are large and oval or pear shaped. They have fewer seeds than other tomatoes and are more flavorful.

When talking about plum tomatoes, any kind of tomato sauce or paste is made out of this type. That is why it is also known as processing tomatoes or paste tomatoes. 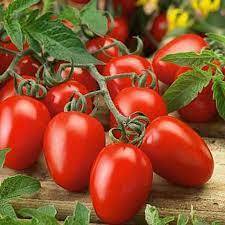 Plum tomatoes are red, oval, or cylindrical shaped, medium-sized tomatoes that are used as the raw ingredients for manufacturing tomato sauce and tomato paste. Their higher solid content makes them more suitable for processing purposes. They also have relatively fewer locules as compared to standard round tomatoes.

How can you identify plum tomatoes?

The plum tomatoes are soft from the outside. If you press it too hard to check its type, it can get squeezed.

On the contrary, they have a solid and tender texture inside and also contain a fewer number of seeds. Less number of seeds also implies that they don’t have much liquid substance in them.

How can you use plum tomatoes?

All of us dislike watery tomato paste or tomato sauce. Plum tomatoes are the ideal type to make nice and thick pasta sauce or homemade tomato ketchup.

Their tangy taste is due to the presence of citric acid in them. They are also a bit sweet, which balances their flavors and makes them ideal for cooking purposes.

Another plus point is that the flavors they contain are not extremely strong. You can simply add more spices which will, in turn, enhance their original flavors.

There are many varieties of plum tomatoes. Their appropriate taste, color, and texture make it highly preferred by home cooks and chefs. The varieties are namely Roma, San Marzano, Amish Paste, grape tomatoes, and Big mama.

Roma tomatoes are the most popular variety and having said that let us move on to its characteristics. 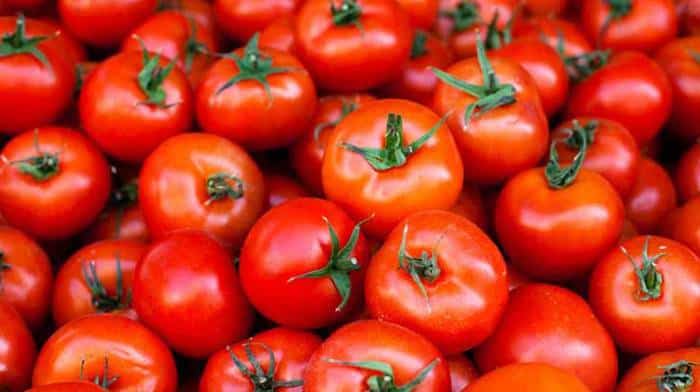 Roma tomatoes are also known as Italian plum tomatoes. The variety of tomatoes you generally come across in any supermarket is likely to be Roma tomatoes. They are usually available in red or yellow color where the shape is pear or egg like. Some of the major producers of Roma tomatoes are the United States, Australia, and Mexico. Having less number of seeds and smaller seeds facilitates the process of canning them and increases their shelf life. In addition to that, Roma tomatoes have other advantageous characteristics. Roma tomatoes grow as vines and have a determinate kind of growth. Therefore, it has a high ability to bear fruits. Some genetically improved types of Roma tomatoes are resistant to common diseases such as fusarium wilt and verticillium.

Other varieties of plum tomatoes

Other than Roma tomatoes, there are two other popular varieties of plum tomatoes: Grape and San Marzano.

These tomatoes are actually quite similar to a variety of small tomatoes popularly known as cherry tomatoes. Their balanced flavor of tartness and sweetness makes them a filling snack. Interestingly, grape tomatoes are believed to have originated in southeast Asia.

Grape tomatoes are ideal to be grilled or baked and used as a complement to pasta, grilled chicken dishes, and much more. Their sweet and sour taste can enhance the flavor of any dish.

San Marzano is the most expensive variety of plum tomatoes, originally produced in San Marzano, Italy. Now, it is available elsewhere as well.

These tomatoes have a characteristic sweet, less acidic taste, easily recognized by their long shape, with a point at the bottom. San Marzanos are quite different from the other varieties of plum tomatoes due to their indeterminate type of growth. This means that they produce less fruit once in a year or so. The plant survives more than one season but the yield is very low. That is why they are more expensive and in high demand. It is generally grown by home gardeners.

San Marzano is an heirloom tomato. There has not been any cross-breed or a hybrid variety of it in the market. This also means that these tomatoes have a high chance of getting wasted. They also get rotten more quickly than other varieties of plum tomatoes.

I hope this article could clear up all your doubts related to plum tomatoes and Roma tomatoes. Prepare a beautiful tomato sauce at home or enjoy them in your regular dishes.

Cilantro is a culinary herb that has been used for centuries. It’s often used in Mexican, Asian and Middle Eastern cooking. Are Cilantro flowers edible? Are they just part of the plant or can you eat them too? We found out by doing some research! Is cilantro edible? Yes, it’s both an herb and fruit…

Hello Bakers and Gingerbread lovers, welcome to the Gingerbread House!! The most memorable moment in everyone’s life- assembling the mom’s special-baked Gingerbreads and making a house, decorating them with your favourite candies and toppings and then? Demolishing them, haha. Wasn’t it fun? Clinging on to that, we came across many questions and discussions on whether…

How to store yeast? Yeast is a living organism that needs to be stored properly. It is important to keep it away from direct sunlight and moisture. Yeast should be stored in a cool dry place where it won’t get wet. Store it in an airtight container. Make sure the container is clean and free…

Are you making the most delicious cake ever, but can’t decide what to use on the outer layer- frosting or ganache? Well, both of them have their strong points and both help lock the moisture in your cake. But then again which one is better? What is the differentiating point between ganache and frosting? Out…