Shrimp has very few calories, healthy fats and is high in protein. Just three ounces of shrimp can provide you with 84 calories, 1 gram of fat and an amazing 18 grams of lean protein.

If you want to obtain the benefits of shrimp completely then prefer steaming or baking instead of frying. 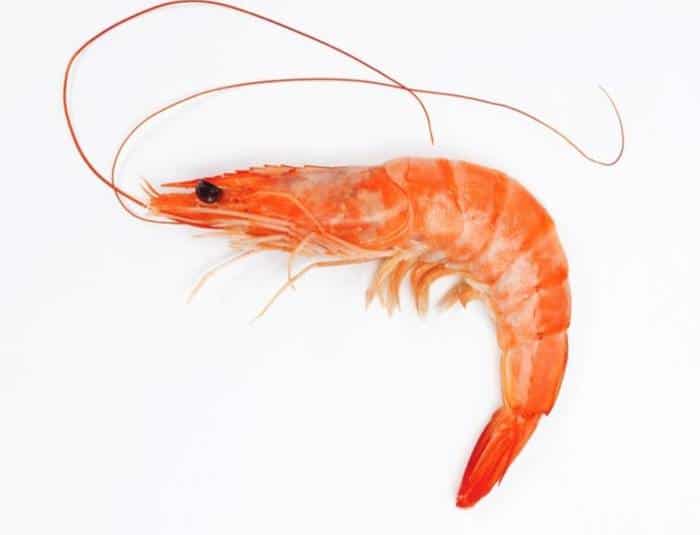 Contents show
1 Well! This was a little information on shrimp nutrition but what is it exactly?
1.1 Are shrimp fish?
1.2 Shrimp has an exoskeleton!
1.3 Is shrimp seafood ?
1.4 Is shrimp shellfish?
2 Should I be worried about shellfish allergies?
2.1 These are crustacean too like crabs or lobsters:
3 Questions on Shrimp:
4 How does shrimp vein made-up off?
5 In which water you will find shrimps?
6 Can we consider shrimp and prawn the same?
6.1 Related Posts

Well! This was a little information on shrimp nutrition but what is it exactly?

Still, many cultures are confused about shrimps whether they are fish, seafood or shellfish. Here all the questions or doubts related to shrimp will be resolved.

The simple answer is no, shrimp doesn’t fall into the fish category.

Even though they are aquatic creatures, shrimp is not classified as fish.

The reason is that fish has some specific characteristics that shrimp don’t acquire.

they don’t have limbs or members

they have a complex nervous system

Shrimp doesn’t meet all these characteristics that fish have and due to this reason, they do not come under the fish category.

You may have noticed while eating fish that there are many tiny bones inside it and that creates an internal skeleton for it. Whereas shrimp is a complete flesh without any bones, not even a tiny bone.

Shrimp has an exoskeleton!

It means that shrimp have a skeleton outside the body and that is referred to as an exoskeleton. The exoskeleton design outside their body is completely different from fish.

While the neck, head and thorax of fish are flexible with muscle under the skin.

Whereas shrimp has a thick, hardened casing that gives as a sort of protection.

So in short shrimp and fish vary in many ways. They both live in the sea with different body structure and living habitats. Shrimp may be classified as a type of Fish because some folks refer to any seafaring creature as "Fish".

Shrimp is nominated as a type of seafood. This is a kind of umbrella term that comprises animals like crab, crayfish, lobster, oysters, clams, squid, octopus, sea urchins, and fish.It has been around for many years in the basis of dishes and traditional foods in regions where the seaside is vast.

Shrimp are native to the coastal floor, and don’t go very far into the sea. They can also see them in freshwater,in rivers and lakes with their numerous species.

Yes, Shrimps can be classified as Shellfish.

This term Shellfish was first coined by fisheries and fisherman in relation to seafoods which have an exoskeleton like the shrimp, crab, lobster but may also include oysters, mollusks, scallops, and very rarely starfish.

Should I be worried about shellfish allergies?

Yes, those who have allergies should maintain the distance from shrimps as well as other seafaring animals that have an exoskeleton.

It’s best to get diagnosed, so your experts can tell you exactly when food to avoid.

For example some seafoods may be allergic to shrimp, lobsters, prawns, crayfish but somehow be good at eating oysters, mussels or scallops. 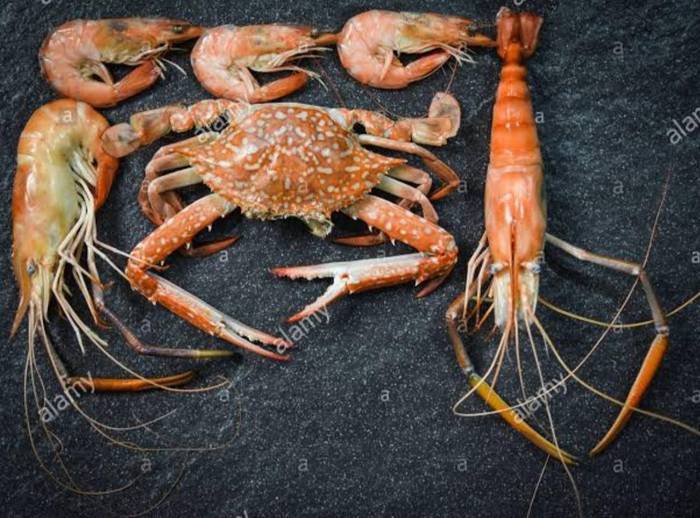 Shrimp is a seafaring animal and belongs to the same family as crab , lobsters , prawns and crayfish.

Shrimps are composed of exoskeleton like it’, and no skeleton in the inner side And much like its family members it gives a reddish, coral color when it is heated or exposed to fire despite it being gray and a little translucent initially.

Shrimp is common seafood in many places all over the world because it is a very common sea animal.

Common species of shrimp that you will get are tiger prawn (Southeast Asia), northern prawn (in the North Sea), and whiteleg shrimp.

Not all the shrimp is eaten as there are many species and most of them are too tiny to be enough food source.

America and Europe that import shrimp, as most other markets have the producers (like East and Southeast Asia

Shrimp is mentioned as one of the easiest seafood to eat on the basis of flavour. It’s perfectly paired up with other foods and super easy to cook. Most of the recipes that have started from coastal areas embody shrimp too, Spanish dish, a sort of Italian food (pasta marinara), and lots of East and Southeast dishes (most notably sushi).

Shrimp are therefore so common in recipes that you’ll realize they are enclosed in additional western foods, therefore you’ve in all probability got an issue or 2 on your mind. Whenever we talk about shrimp are have some doubts and questions like:

How does shrimp vein made-up off?

You can see dark vein in shrimp is actually its digestive tract. The shrimp is definitely a simple animal with a simple digestive system too.

The vein itself doesn’t carry blood, however is instead a tube that serves constant purpose because the intestines in humans.Most often it’s stuffed with grit, or rather no matter what was left within the shrimp’s epithelial duct at the instant it absolutely was harvested.

In which water you will find shrimps?

Whereas prawns are found in fresh or brackish water.

Can we consider shrimp and prawn the same? 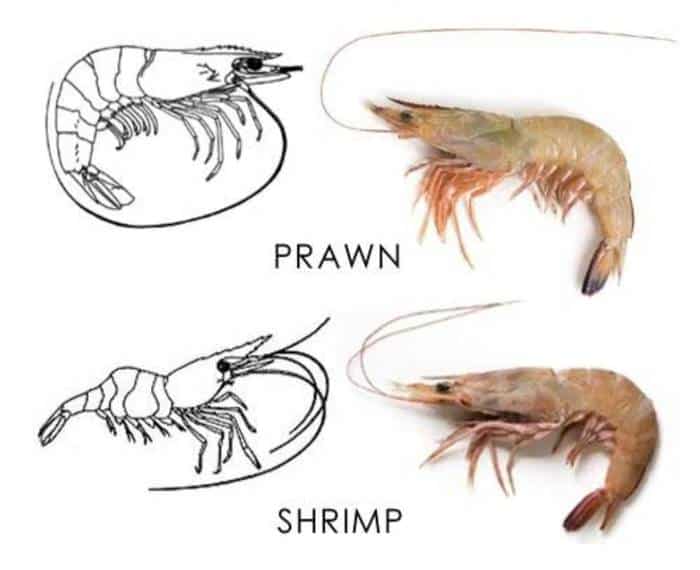 No, they are not the same.

Yet they both look alike still they are different.

They both also fall in the same category as crustaceans and are shellfish too.

The exoskeleton is also the same for both with 10 legs yet they are different.

Prawns are larger when compared to shrimps and you can also consider them dwarf in front of prawns.

Like shrimps, prawns do not fall in the fish category either.

Shrimps have curved bodies with different bends while prawns do not have bends or curvatures in their bodies.

Can you freeze pork ribs? Pork ribs are delicious but they are also very fatty. This means that if you don’t cook them properly, they could end up being too dry and tough. I’m going to explain you how to freeze pork ribs and then thaw them out at a later date. How to safely…

Gallstones are solid lumps of cholesterol or bile that form inside the gallbladder. They can cause severe pain and other symptoms such as nausea, vomiting, fever, and jaundice. Gallstone disease affects nearly 2 million Americans every year.The gallbladder stores bile, a fluid produced by the liver that helps digest fats. When the gallbladder becomes blocked,…

Yellow perch is a delicious fish that has become a favorite for anglers across North America. The question is, can you eat it?Yellow perch is a member of the salmon family and is often marketed as a sustainable seafood option. In fact, it’s considered a gamefish because it’s typically caught using light tackle and is…