I am a seafood lover and I have eaten almost all kinds of seafood.From salmon to lobster to prawns to shrimp(yes, prawns and shrimps are different) and one thing that I love about seafood is they are super healthy.

As a seafood lover ,I have researched a lot about best seafood , best places where we can get seafood and I am a shrimp lover but one thing that is really confusing is some people say I can eat shrimp tails ,some say they are not edible.This is the worst confusion I have ever had about seafood.I have seen thousands of people removing shrimp tails in front of me but to be honest guys they are edible.They taste delicious especially the one I have had in Japan.

I know you are going to tell me that they are not even food.But I am here to tell you that they are delicious.By removing those tails you are actually missing out something.

What is a Shrimp? 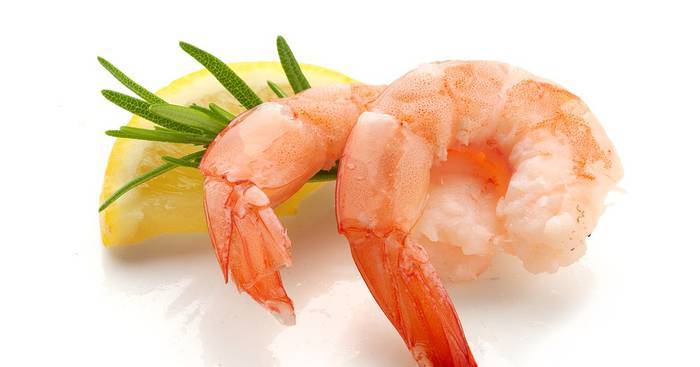 Shrimp and fishes are kind of the same but shrimp is not same as fishes.In fact it is a seafood.Shrimp is a very common sea animal that is why it is a really famous seafood around the globe.Shrimp is definitely a great source of nutrients, especially protein.

Do you enjoy shrimp?

Have you ever thought why restaurants don’t remove those tails while serving shrimp dishes?

When I was around 16, my dad and I thought of having some seafood and together we decided that we will have shrimp.As a shrimp lover I didn’t notice much so instead I started eating by removing the tail. But a thought came to my mind that if these tails are toxic or not edible then why restaurants don’t just remove them.

Yes, it’s totally up to you . If you want to eat that tail you can have it ,if you want to cut the tail and only want to enjoy that juicy shrimp,it is totally okay. They aren’t toxic and they are edible.

Restaurants don’t remove shrimp tails because of the presentation.Some people only have meat and some eat the whole shrimp.

If the shrimp is large in size the tails are really hard and very difficult to chew.You can avoid eating larger shrimp tails . But the small shrimp tails have a lot of flavour.They are really delicious.Still you can remove it if you don’t want to eat shrimp tails.

The larger the shrimp the harder the tail. Shrimp like colossal and jumbo are really big.So it can be really tough to chew them.So avoid eating large shrimp tails.

Shrimp tails are made up of chitin. Chitin is hard and acts as a very tough shield.This is the reason why people avoid eating shrimp tails.

Can you digest Shrimp tails?

Yes,you can easily digest Shrimp tails.Especially in countries like China and Japan all they do is lightly coat shrimp with cornstarch and little salt and black pepper and deep fry them. This makes those shrimp really tasty and crunchy.

Yes.Shrimp is a meat.If you see it from a vegetarian point of view ,all animals are meat.This includes seafood too.

Can we eat all kinds of shrimp?

No,there are a variety of species and most of them are quite small to make a good dish out of it.

Is eating shrimp good for you?

Shrimp is high in vitamins , minerals and proteins.Eating shrimp promotes heart and brain health because it contains omega-3 fatty acids and antioxidants.

Can we eat raw shrimp?

How long should you cook shrimp?

Shrimp is very easy to cook . There is always a chance of burning if you don’t cook it properly.Raw shrimp is of light grey colour and when you start cooking them it changes its colour to red- orange. When its tails take a shape of C then it is cooked properly.Usually it takes around 3 minutes.When cooked with butter it enhances the shrimp taste and makes it extra crunchy and juicy.

China,Brazil,Japan,India, Indonesia,Thailand and Bangladesh are some of the largest producers of edible shrimp.Most of the shrimp recipes come from coastal areas like Italy ,Spain and some eastern countries.

Learn More:  Is Cream Cheese Vegetarian? Yes, And Here's Why

Contents show
1 What is a Shrimp?
2 Do you enjoy shrimp?
3 Are Shrimp tails edible?
4 Large shrimp or Small shrimp
4.1 Can you digest Shrimp tails?
4.2 Reasons to eat shrimp tail
5 Is shrimp meat?
6 Can we eat all kinds of shrimp?
7 Is eating shrimp good for you?
8 Can we eat raw shrimp?
9 How long should you cook shrimp?
10 Largest producer of shrimp
11 Facts about Shrimps
11.1 Related Posts
Haley Schroeder

Is it ok to eat cereal with water ? Cereals are grains from grasses (belongs to family poaceae) that yields starchy seeds suitable for food. They are rich in Carbohydrates and most commonly cultivated from wheat, rice, oats, rye, barley, corn and sorghum. Cereals are the most important source of world’s total food. It is…

Hello Bakers and Gingerbread lovers, welcome to the Gingerbread House!! The most memorable moment in everyone’s life- assembling the mom’s special-baked Gingerbreads and making a house, decorating them with your favourite candies and toppings and then? Demolishing them, haha. Wasn’t it fun? Clinging on to that, we came across many questions and discussions on whether…

If you’ve heard about something like mushrooms and you’re way more curious about what they are? and what do they taste like ? And many more things about it . Then you’re at the perfect place. I’m here with some very interesting and exciting facts about mushrooms. How Do Mushrooms Grow ? Mushrooms are neither…

From an early age, we have been taught in science lessons about how fibrous and nutritious a fruit skin or peel is. You must be thinking if it is true for avocados or not. As a person who is fond of avocados, one may want to use all of the avocado’s parts efficiently. Let us…

Whenever you are off to a departmental store, raspberries are one thing you will always find there. Raspberries invoke a sense of summer with their delicate sweetness with a subtle tart taste. They are all citrus-like when you take a bite. The weird thing is that raspberries have an ulterior sweetened taste although most of…

Egg whites are a staple ingredient in many dishes, from omelets to pancakes. But did you know that they also come in handy for other things too? How much does one egg white weigh? Eggs are one of the most versatile foods out there. They can be eaten raw or cooked, and they contain protein…