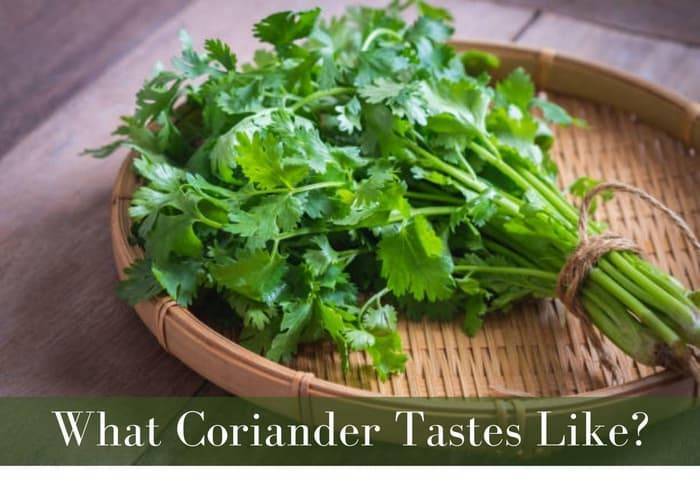 "Coriander" – one of the most popular tasty herbs with a pleasing combination of flavours. We are sure you must have encountered it at least once as it is commonly used worldwide in different cuisines. Due to its distinct flavour and aroma, it is used to make dishes from curries, sauces and dips to desserts.

Yet, the taste of coriander is entirely subjective. It seems that you may either hate it entirely or be head over heels for it, nothing in between.

So, today let’s discuss in detail all those queries and questions revolving around the herb coriander.

First thing first, let us elaborate on what coriander actually tastes like.

A fresh piece of coriander or cilantro tastes a bit sharp and lemony with a herby aftertaste. This taste changes when it is cooked.

Now, talking about their seeds. They have a rather sweet smell compared to the leaves and this aroma gets changed completely on grinding or roasting them.

Coriander seeds smell floral and contain a mix of citrus, sweet and spicy before grinding. If you ever had curry, that flavour is what we are talking about. When these seeds are roasted and then grounded, the nutty flavours in them get enhanced. And they also taste a bit lemonier.

Coriander has a diverse and multifaceted flavour profile. The flavour and taste of fresh coriander leaves, the dried ones and the powder are completely different from one another.

When talking about the fresh leaves, they have an earthy, musk-like smell with plain citrus notes. It is hard to replace in many dishes due to its pungent aroma.

The flavour and taste of coriander depend greatly on how long it is cooked. However, the best part is the cooking time doesn’t affect its pungent taste. It doesn’t mellow on cooking at all.

Fresh coriander leaves are widely used especially as a garnish on prepared dishes. But they can also be used in “tadkaa” (oil splutter) for making various Indian Cuisine Dishes. You can even add them while cooking to make various Asian dishes if you like.

Coriander stalks and roots are used in some Asian dishes and are especially a staple ingredient in the Thai region to make various soups, curries and gravies.

Learn More:  What Dragon Fruit Really Tastes Like, And How To Eat It

On the other hand, roasted and ground coriander seeds have a slightly vanilla-like flavour. Hence they are used in many deserts preparations all over the world but especially in Asia.

Coriander in its final form, coriander powder is a widely used basic spice in Indian and other Asian cuisines. It tastes mellower than seeds and fresh leaves. The flavour can be defined as rather warm and musky. It is used widely as a spice in curry powder along with chilli, turmeric and roasted cumin powder. Actually, a combination of roasted coriander powder and cumin powder is a staple spice in every Gujarati ethnic household in India. 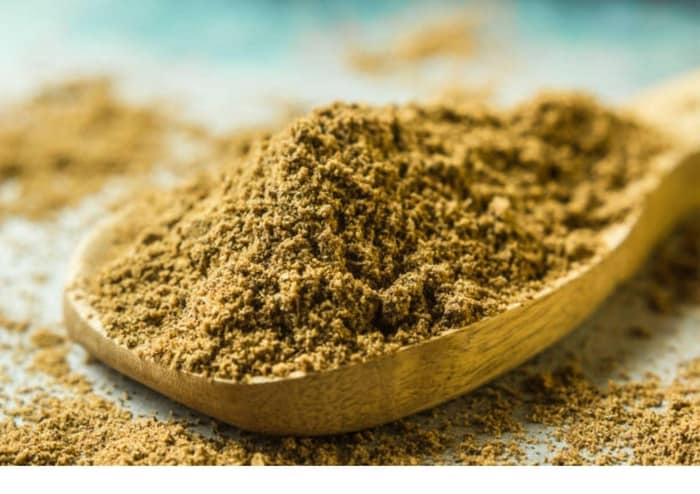 Now let’s look into why some people dislike it and what to do if you are one of them.

Why Do Some People Dislike Coriander?

The dislike maybe something completely depending on a person’s preference of taste and flavours but some people associate coriander’s flavour with that of soap. And if you are one of them, this phenomenon has a scientific explanation for it. Let’s dig into it further.

So for those cilantro-haters for whom the plant tastes like soap, this issue is genetic. Yes, these people have a variation in a group of their olfactory receptor genes allowing them to strongly perceive the soapy flavoured aldehydes which are present in coriander leaves.

Although this genetic issue is only found in a small percentage of people, it varies geographically.

So, if you are one of them then you are amongst the 20% population of the world who suffers from this issue. While this issue is difficult to deal with, surely there are alternatives for it.

What To Do If You Dislike Coriander?

It depends on which part of coriander you dislike. If you don’t like the leaves you can always substitute them for celery or fennel leaves which are both flavourful but in different ways. Fennel is more on the spicier side while celery is more on the herby side.

If the seeds are something that you don’t like you can replace them with fennel or cumin seeds.

Another option is to simply not add coriander at all to your dish. If what you are making is a curry, then buy a premade powder mix then look for one with less coriander in it. That should be checked in the ingredient list. 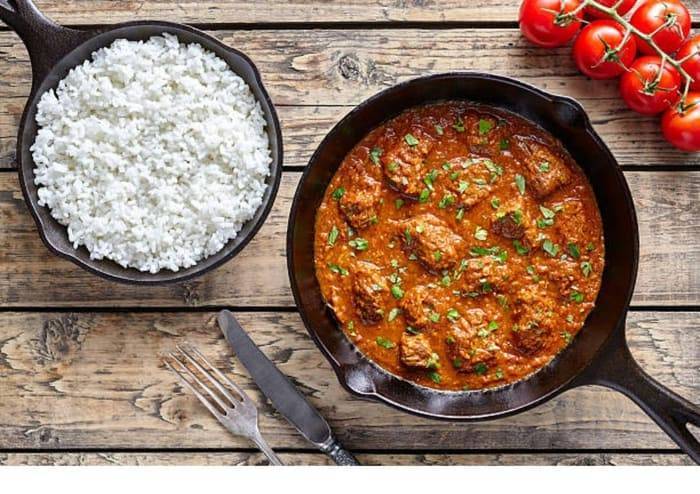 Taking inspiration from curry, a good way to cover up coriander’s flavour is by adding ginger or lemongrass to the dish.

How To Add It To Your Daily Diet?

Coriander goes well with almost all kinds of savoury dishes and a few sweet dishes as well. But there are some ways to use this spice to take your dish to the next level. Below are some of the ways to use coriander in your diet 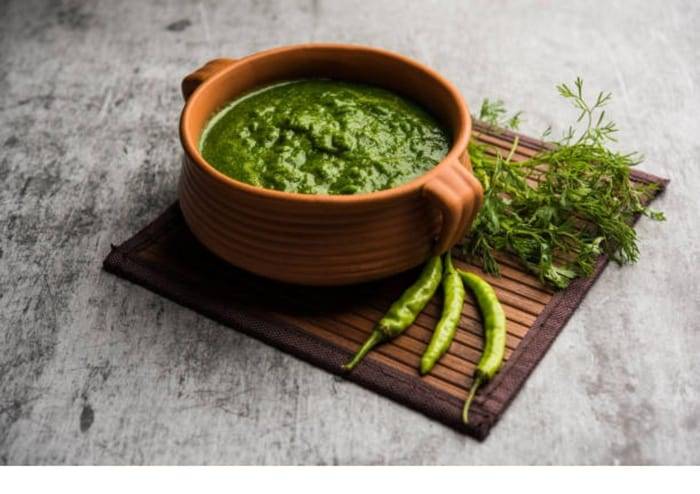 There are so many ways to use coriander as the main ingredient in Asia, especially in Indian Cuisine. So if you are willing to do so, do try them out.

Are Coriander And Cilantro The Same?

But globally, cilantro and coriander these two terms are used interchangeably. So, yes cilantro is coriander indeed.

Are Coriander And Parsley The Same?

This is another popular confusion revolving around coriander. Due to the similarity in appearance, people often get confused between parsley and coriander. While they look a little similar, these two are totally different plants (herbs).

While Coriander is also known as Chinese Parsley, its flavour differs a lot from the real parsley. Coriander is more sharp and full of flavour whereas parsley is mellower. Parsley tastes a bit grassy to the people used to coriander. In appearance, coriander leaves are round and flat while those of parsley are slightly long and curly.

Another difference between the two is their origin. While coriander has West Asian and East European origins, parsley has a Mediterranean origin.

That is all about the aromatic, flavourful, multifaceted spice or herb- coriander. We hope we were able to answer all the popular queries revolving around coriander. If you have any more food curiosities, do write back.

Performing daily activities is a cakewalk for people who have a normal functioning body. But, have you ever attempted to see from the perspective of a handicapped person? Doing the same task for a handicapped person can be difficult. It’s even harder if you’re using a hand-held can opener. So, here we are back again…

When I was younger, my mother would always tell me to put pies in the freezer because they taste better after freezing. Nowadays, I don’t really see much difference between frozen and fresh pies. Is she wrong or am I?Pie crusts are notoriously tricky to make. They tend to dry out quickly, and even though…

Eggs are considered to be one of the healthiest foods around, but there’s no denying that they can also be quite fattening. So what’s the best way to eat them? Eggs are a staple food in almost every culture across the globe. In fact, they are often seen as a symbol of fertility and prosperity….