Carob is a fruit that grows in pods. It has a sweet taste and is used in baking. Carob is also known as a locust bean because of its appearance. The beans inside the pod are called carobs.

Carob is rich in antioxidants and fiber. It is often used as a natural food coloring agent. It is also used in making chocolate and other sweets.

If you go to the grocery seeking your favorite chocolate chips, you’re likely to stumble across carob chips. They resemble our all-time favorite chocolate chips in appearance, but they are not the same. Chocolate is created from cocoa pods, and carob is made from carob pods. It’s mostly accessible as a powder or a chip. So, what exactly is a carob? What does carob taste like?

Contents show
1 What is a carob?
2 What does carob taste like?
3 Is raw carob naturally sweet in flavor?
4 What is the best way to utilize carob powder, raw or roasted?
5 Are carob chips similar to chocolate chips in flavor?
6 Can carob chips be melted?
7 How long does the carob last?
8 Can I use a carob to replace chocolate?
8.1 Related Posts

What is a carob?

The word "carob" comes from two Latin words: caro and Bovis. This means it was originally derived from the name of an animal – cow or ox. In fact, this plant is related to cacao trees which produce chocolate. However, unlike chocolate, the carob does not contain caffeine. 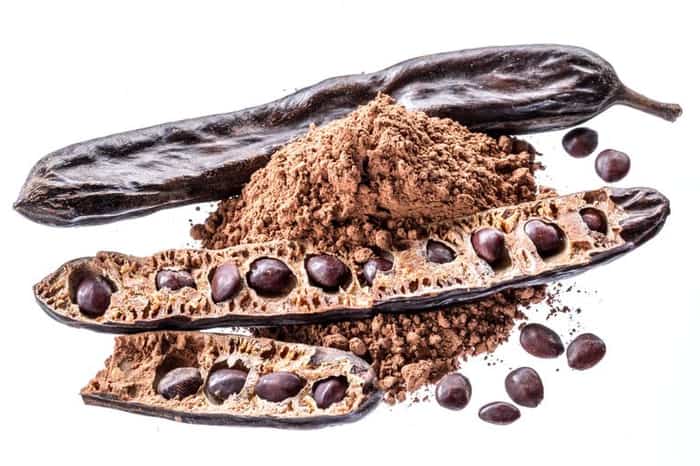 Carob is native to the Mediterranean. It comes from the pods of the carob tree. The tasty flesh is usually taken from the ripe pods, dried, and ground into a fine powder.

This material is known as carob powder, and it resembles cocoa powder in appearance. It is also the main ingredient in the manufacture of carob chips. When it comes to resemblance, the carob chips and powder have a similar color and texture to chocolate chips and cocoa powder.

However, while these products share some similarities with each other, they do differ significantly when compared to regular chocolate chips. For example, carob chips don’t melt well; instead, they tend to crumble apart. On top of that, their texture isn’t smooth either.

In addition, carob chips aren’t very flavorful. Their sweetness tends to be milder than that found in chocolate chips. Also, they lack any kind of aroma.

The first thing you need to know about carob is that it tastes very much like chocolate. In fact, some people say that carob can be mistaken for real chocolate. However, this isn’t true. There are two main differences between these two foods: one being texture and another being color.

It doesn’t have the same flavor as chocolate and isn’t nearly as fattening. It has a wonderful earthy undertone and a slight sweetness. The flavor is reminiscent of delectable caramel. Because carob is inherently sweet, it requires less sugar to make carob chips. Although they are not as sweet as chocolate chips, they are nevertheless delicious.

Yes, raw carob contains no added sugars. Raw carob is simply unprocessed. That said, if you want to make sure that the product you buy doesn’t contain any artificial ingredients, then you should always check the label carefully before buying them. 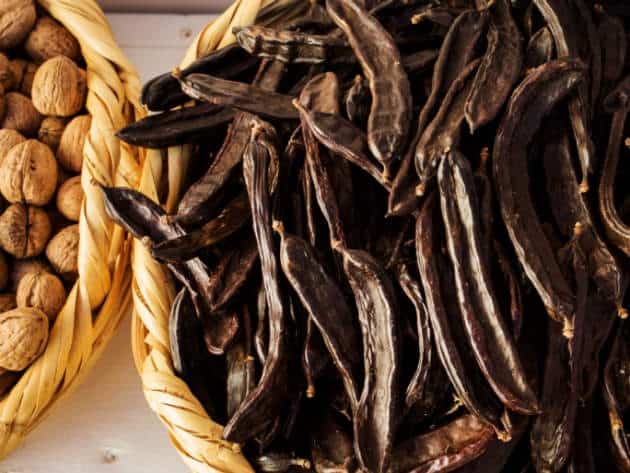 Carob has a somewhat sweet taste. Our taste buds have a subtle, chocolate-like flavor that is extremely addictive.

It’s a great choice for sugar-free people because it may be taken without any added sweetness. You may easily change the sweetness of the sweets to your liking by adding more sweeteners. Because raw chocolate has a strong and bitter flavor, you may replace it with carob to give your baked goods a stronger and sweeter flavor.

What is the best way to utilize carob powder, raw or roasted?

You can add carob powder directly to recipes where you would normally use chocolate. You’ll find many uses for carob powder, including baking, cooking, making desserts, and even using it as an ingredient in drinks.

If you’d rather roast your carob powder, there are several ways to go about doing so. One way is to put the powdered beans on a cookie sheet and bake at 350 degrees Fahrenheit until dry.

Carob powder is versatile and may be utilized in a variety of ways. The powder has two different tastes in both forms. When roasted, it becomes more sweet and nutty, with a wonderful caramel flavor. Roasted carob may be used in brownies, cakes, and cookies because it darkens in color. Similar to how raw cacao varies from roasted cacao, raw carob has a milder flavor than roasted carob.

Are carob chips similar to chocolate chips in flavor?

They don’t, in fact. While they resemble chocolate chips in appearance, they have an entirely distinct taste character. Chocolate chips have a sweeter, deeper flavor. 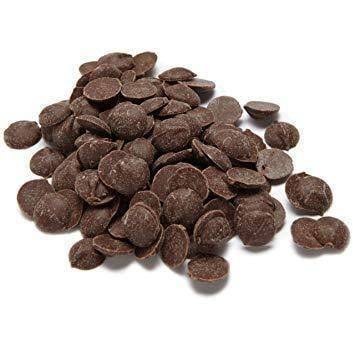 They also have a stronger smell because of all the oils present in chocolate. This makes them perfect for snacking. On the other hand, carob chips are made up mostly of carbohydrates, which means they won’t give off such a powerful scent.

No, carob chips are not the same as chocolate chips. Make a mental note of this while you’re out shopping for carob chips.

If you’re buying carob chips for the first time and want them to taste like chocolate chips, look for ones that contain cocoa powder, coconut oil, or coconut butter on the ingredients list. However, they can serve as a good chocolate alternative. Just don’t expect them to be as mouth-wateringly delicious as chocolate.

Can carob chips be melted?

Sure! If you’ve ever melted chocolate chips, you know how easy melting carob chips are too. Simply place the chips into a microwave-safe bowl and heat them on high power for 30 seconds. Stir well after each interval. Continue heating until the chips become soft enough to stir easily.

Carob chips can be heated in the same way as chocolate chips are melted. In fact, you may use them in similar recipes like cookies, cakes, and milkshakes. When melting them, though, you must be extra careful since they like to cluster together. Stir frequently over low heat to ensure that they melt evenly. Carob chips don’t need to be tempered and will melt a little slower because they don’t contain cocoa butter.

How long does the carob last?

Raw carob will keep indefinitely in airtight containers. Roasted carob lasts longer, though it tends to lose its aroma over time. The best thing to do with carob is to buy small amounts and store them away from light. They should stay fresh for months if stored properly.

Can I use a carob to replace chocolate?

Yes, but only if you’re looking for something less intense. You’ll find that most recipes call for 1/2 cup of carob per pound of flour. That amount works just fine in baking.

For example, one recipe calls for 2 cups of carob plus 3 tablespoons of water. Add those three things to an 8×8 inch pan and mix thoroughly. Bake at 325 degrees F for 20 minutes.

The resulting bars will be very moist and dense.

Any dish that calls for chocolate may be substituted with a carob. It may be used in cakes, cookies, puddings, hot beverages, and other baked products. However, don’t expect it to taste like chocolate.

It will have a unique flavor, maybe even superior to chocolate. It has a delicious nutty and caramel taste to it. Add some genuine nuts, such as hazelnuts or pecans, to enhance the flavor. Although you may use carob powder instead of cocoa powder and chocolate chips instead of carob chips, don’t do so the first time you make the recipe. Swap the half components to get a clear sense of the taste and flavor.

In conclusion, we hope that our article about what does carob tastes like helped you understand whether carob is right for your diet. We also hope that you found useful information here. Please share this page with others who might be interested in learning more about carob.

Is it possible to freeze cooked lasagna? If yes, then why don’t we see frozen lasagnas at restaurants?Lasagne is a classic Italian dish consisting of layers of pasta, meat sauce, cheese and other ingredients. The dish is typically baked or steamed.Yes, it is possible to freeze lasagna. In fact, freezing lasagna is a common practice…

Have you ever wondered if eating old cheese could cause you to get sick? Well, there’s a reason why it’s called ‘old’ cheese! Old cheeses contain bacteria that has been around for years. This means that it’s possible to catch food poisoning from eating these foods. Old cheese contains bacteria that can cause illness. If…

Brie cheese is delicious but also very perishable. How long should you keep it in the refrigerator? Brie cheese has a shelf life of around four weeks if stored properly. However, once opened it should be consumed within two days. j6JX2d5wQP0 This article explains how to store brie cheese and how long it lasts in…