Did you know that integrating fresh herbs into your recipes will enhance and alter your dishes? They give a depth of flavor to your cuisine that no other sort of food can match. Countless distinct herbs, such as parsley, thyme, and oregano, are utilized in various sorts of cuisines across the globe. 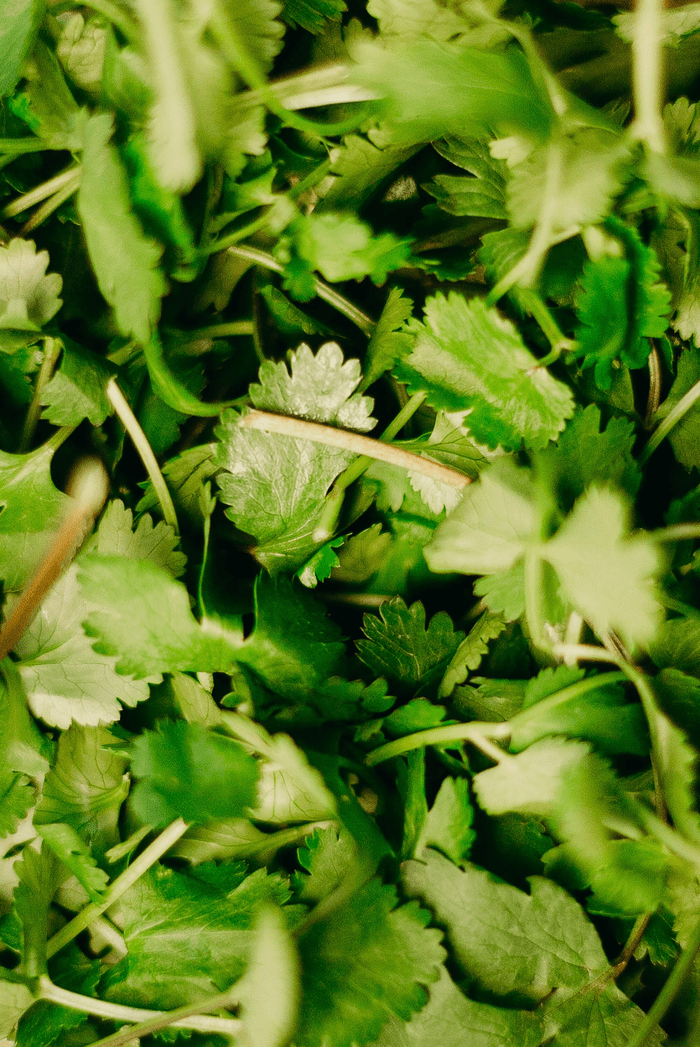 One of the most widely used herbs in the planet is cilantro, which is also one of the most divisive. Cilantro is a divisive herb, with some people adoring it and others despising it. The flavor of cilantro differs greatly from individual to individual due to a single gene. Now, how does cilantro leave you feeling, and how does it smell?

Cilantro: Did you Know

Have you been a cilantro fan? Do you enjoy eating salsas, curries, and pesto recipes that use this delicious herb? Or is its flavor repulsive to you, and you avoid it at all costs? Cilantro, sometimes referred to as Chinese parsley, is a divisive herb. Regardless of whether you like it or not, there’s no denying that this fragrant plant is one-of-a-kind!

Cilantro is among the world’s most commonly consumed herbs. Have you ever cooked with it? Even if you haven’t, you have undoubtedly tasted cilantro. It is also one of the world’s oldest plants, having been utilized for thousands of years. The plant’s seeds, commonly known as coriander, have been discovered in Egyptian tombs. 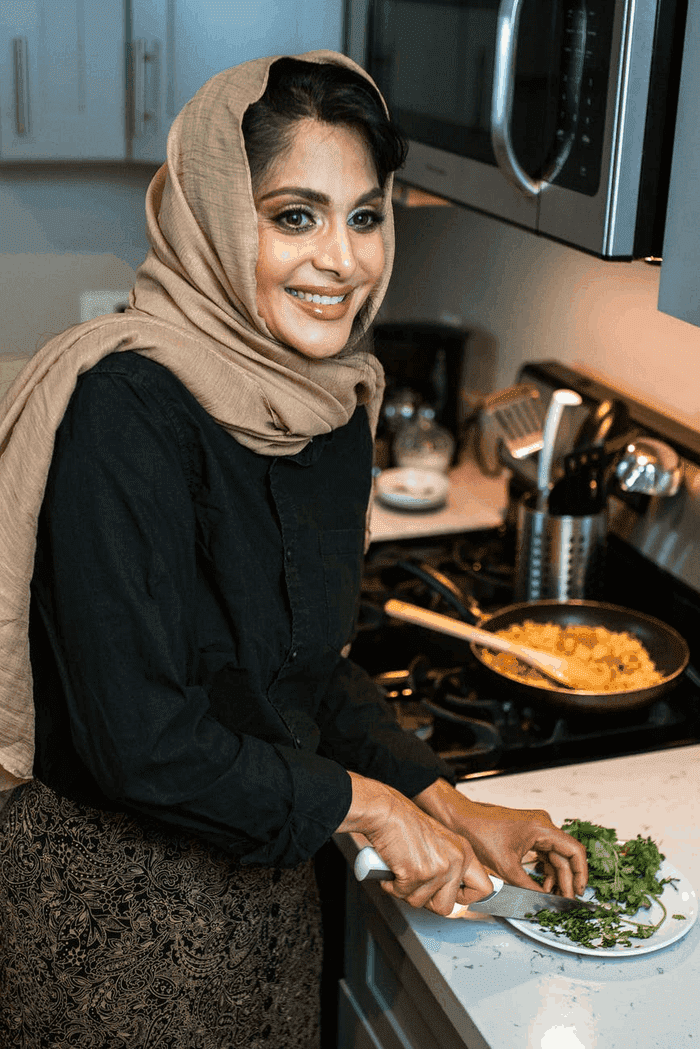 Cilantro is a leafy herb derived from the coriander plant and seed. It belongs to the Apiaceae family, which includes parsley. It is a lively green herb with long, delicate stems that produce beautiful leaves in bunches. Cilantro is frequently referred to as Mexican or Chinese parsley, which may be due to the plant’s leaves resembling parsley.

Learn More:  What Does Gouda Taste Like? Here's The Truth 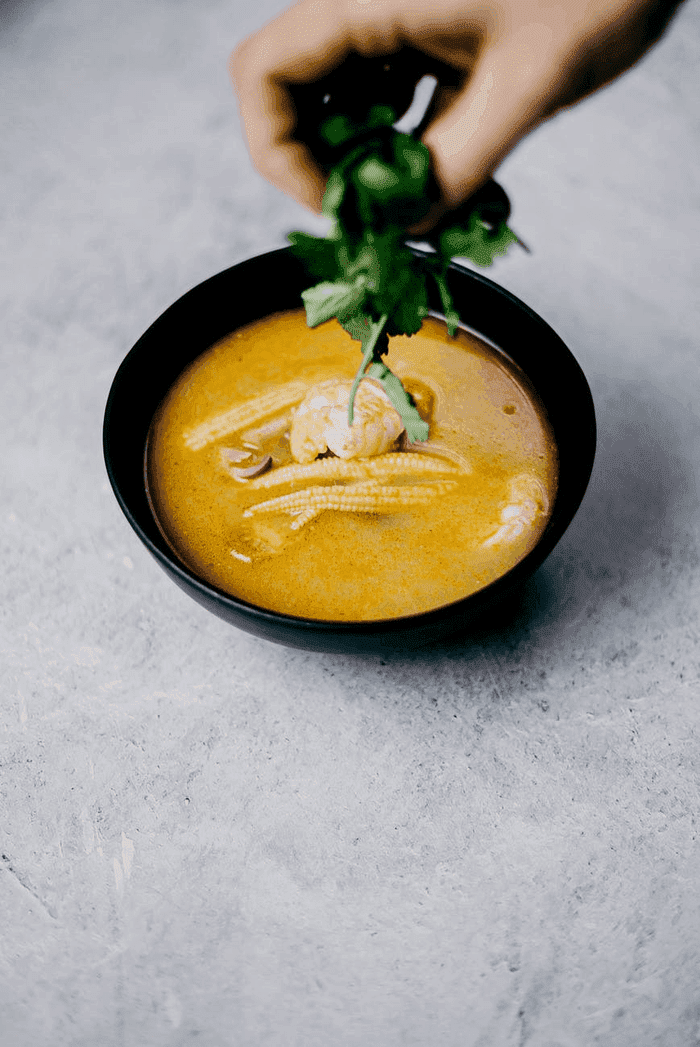 The aroma of cilantro fluctuates from individual to individual. Cilantro does not smell nice to those who have the gene for aldehyde sensitivity. It will have a soapy scent, but it may also be exceedingly bitter and even rotten. Did you ever think that the odor might be the reason why individuals with the gene dislike cilantro?

It is because roughly eighty percent of what we taste comes from our sense of smell. As a result, those who have the gene can’t eat or smell cilantro without sneezing. Nevertheless, for those who love cilantro, it has a pleasant aroma. It is incredibly fresh, rustic, and peppery sometimes, with undertones of citrus like limes.

Fun fact: According to a 2012 research of over thirty thousand individuals, there may be a particular gene in the olfactory regions of our brains that some human beings have. The fact of the matter is that, unlike certain inherited differences such as height or eye color, our judgments of cilantro may alter with time.

If you are allergic to cilantro, one option is to smash the leaves prior to eating them. For instance, in a pesto. Enzymes are released as a result of this process, which transform the soapy compounds into gentler ones.

Cilantro is a herb that may be eaten raw or cooked. It is utilized in a wide variety of cuisines across the world. It is popular in Indian, Mexican, Central American, Thai, Vietnamese, and Caribbean cuisines. Although cilantro is originally found in these areas, it has risen in popularity and is now grown all around the Earth, making it a widely available herb for most individuals.

Cilantro is minimal in calories and contains a wide variety of nutrients. It includes a lot of phytonutrients, which are plant-based chemicals with a lot of health benefits. Hippocrates and other ancient physicians utilized it for therapeutic purposes.

Cilantro is high in vitamins A, C, as well as K, among others. Vitamin A is an antioxidant that is required for healthful eyes, teeth, and skin, and also cell development and immune system function. Vitamin C, a potent antioxidant, aids in the immune system’s enhancement.

It possesses anti-inflammatory and antibacterial effects as well as being a strong antioxidant. It has cholesterol-lowering properties and is also used as a digestive aid to help with nausea.

In conclusion, cilantro may be found in both meat and vegetarian meals in Indian cuisine, such as lentils and rice. It is difficult to picture Mexican or Southwestern American cuisine without cilantro, which is used in salsa, guacamole, burritos, and chili. It is used in curries, pickles, kabobs, and chutneys throughout the Middle East. It is also a common component in Thai curries and Chinese cuisines.

Cilantro has a distinctive aroma that cannot be matched with anything else. It is adaptable and may be used in a variety of dishes. Raw or cooked, the leaves are delicious. Salads, sauces, dips, dressings, chutney, salsa, and pesto all benefit from its taste. Since heat degrades its taste, it is usually added shortly before serving or as a garnish on top. I hope you found this blog article on Cilantro interesting!

Contents show
1 Cilantro: Did you Know
2 What is Cilantro
3 What Does Cilantro Smell Like
4 Use of Cilantro
5 Health Benefits of Cilantro
5.1 Related Posts
Haley Schroeder

Among a plethora of intriguing food inventions, the concept of magnificent food art found in restaurants and events around the world deserves special mention. The edible gold leaf is one of the food decorations that everyone admires. It’s certainly appealing to have food served with some gleaming garnishing on top. Edible gold has been around…

Pasta is a great food to cook at home because it takes less time and effort than other dishes. But how long does cooked pasta last after being refrigerated? And what happens if you overcook pasta?Pasta is a staple dish in Italian cuisine. In fact, it was the first food ever eaten by humans. The…

Do you ever find yourself wondering if there’s anything you can do to keep your favorite drinks cold longer? There are lots of ways to keep your drinks cold but nothing beats using a thermos. Thermoses are designed to keep hot liquids warm for hours at a time. 1 In this blog post I’m going…

Are you looking for ways to save time and money at home? If yes, then cooking frozen meat might be a good option for you. Frozen pork has become very popular because of its convenience.Frozen food is convenient and saves a lot of time. There are several benefits of freezing meat such as preserving freshness,…

Is Marmalade Gluten-free ? Marmalade is a fruit preserve made from the juice and peel of citrus fruits boiled with sugar and water. It is commonly made from Seville oranges. The word "marmalade" is derived from the Portuguese marmelada, from marmelo ‘quince’. Quince is a fruit similar in appearance to Pear. Does Marmalade differ from…

Did you know that canned beans are often loaded with preservatives? They are also full of sodium and other additives that aren’t good for you. If you want to save time and money, try cooking them from scratch instead.Canned beans are convenient because they come pre-cooked and ready to eat. However, they are often loaded…