Figs are delicious fruit that can be enjoyed raw, cooked, dried, or juiced. They are a popular snack food around the world and are often used as a dessert topping.

They are a rich source of dietary fiber, potassium, and vitamin B6. They are also high in protein, iron, copper, magnesium, phosphorus, calcium, manganese, folate, pantothenic acids, riboflavin, and thiamine.

Figs are among the most incredible fruits you’ll ever come across. They have the appearance of ‘alien’ fruit while also appearing to be old and wealthy. Something about them, particularly the crunch of the seeds, drives people insane.

However, you’ll notice that figs are a touch pricey every time you see them at your neighborhood store. Depending on where you are, the price may be prohibitively expensive. In general, colder regions must import hot climate fruits, and figs are among the fussiest of the lot.

Contents hide
1 Why Are Figs So Expensive?
1.1 Figs have a very short shelf life
1.2 You have a higher chance of finding dried figs than fresh
1.3 Birds and gophers frequently damage fig crops.
2 Black Mission and Brown Turkey figs are the finest.
3 California figs are the most common in the United States
3.1 Related Posts:

Why Are Figs So Expensive?

Figs are often considered a luxury fruit. They are expensive because they require a lot of care and attention to grow. The fig tree needs lots of water and fertilizer, and it takes years to produce fruit. 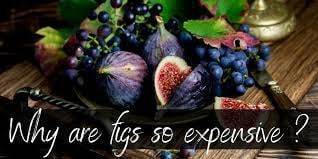 But there are other reasons why figs are so expensive. One reason is that they are seasonal fruits. They only grow during certain times of the year. Another reason is that they are perishable. Once picked, they quickly spoil. So if you want to eat fresh figs, you need to buy them at the peak of their season. If you wait too long, you won’t get the freshest figs. And if you buy them too late, they will start to rot before you even open them.

If you want to enjoy fresh figs, you should buy them when they are in season. Then you can enjoy them while they last. Figs are so costly because they only have a three-day shelf life before they have to be sold or dried and packaged. They spoil rapidly, and farmers risk losing whole crops as a result.

Another issue is that figs must be plucked from the trees, which generates a milky sap that causes skin irritation. When harvesting figs, workers must be extremely cautious and wear safety equipment. Finally, fig predators like starlings and gophers exist. They can chew and puncture holes in fruits at breakneck speed, rendering them useless or unsellable. Farmers are losing a lot of money, therefore there will always be a markup simply for this.

The first thing you might think of when buying figs is how much they cost. But what many don’t realize is that once you’ve bought them, they’re not going to stay fresh forever.

Once you pick up a bunch of ripe figs, you’ll probably find yourself eating them within just a few days. However, after that point, they begin to lose flavor and become less appetizing. This means that you’ll have to keep replacing them with new ones.

When we state that figs have a short shelf life, we mean just that. Even avocados have a longer shelf life! Because figs are chosen when they’re ripe (or just under), they ripen quickly after they’re off the tree. They decompose so quickly that they begin to decay after only three days. This means that every fig that is ever plucked must be transferred to a market as soon as possible. If you live in a fig-producing nation, you’ll have a good chance of getting fresh figs at a reasonable price.

You have a higher chance of finding dried figs than fresh

Dried figs aren’t actually made by drying out fresh figs. Instead, they’re dehydrated using heat and pressure. Drying removes moisture from the figs, making them more compact and easier to transport. It also makes them harder to mold and preserves. 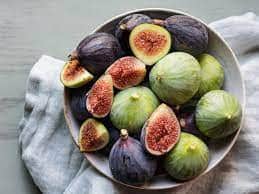 Because dried figs take such a different process to make, they tend to be pricier than fresh figs. You’ll pay about twice as much for dried figs compared to fresh ones. Figs are frequently sold dry due to their extremely limited shelf life. This makes logical because a lot of figs would be ruined during transportation.

They are shipped dry and shriveled to ensure that none of them deteriorate during shipment. However, it also implies that you have a very limited chance of acquiring fresh figs. However, there is some good news. Even if the figs you find are just dried, they may be rehydrated. They won’t have the same color or appearance, but they’ll be juicy and plump again.

There’s no doubt that figs look delicious. The problem is that they’re incredibly fragile. Once picked, they need to be transported immediately to avoid spoiling.

Unfortunately, these conditions create an ideal environment for pests. Birds love to eat figs, especially young ones. Gophers dig into the ground and destroy roots, causing plants to wither away. These problems lead to huge losses for growers. In order to combat these issues, farmers use pesticides on their crops.

In a fig crop, there is a lot of fruit loss. The fruits are growing well, but they are being eaten by birds and animals. It’s a tolerable quantity in certain situations, but it’s just too much in others. Gophers, for example, may consume a lot of figs from a tree before anyone notices. Starlings poke holes in many fruits at the same time, seeking insects or works. Farmers lose money as a result of this, and they must raise their prices to compensate.

Black Mission and Brown Turkey figs are the finest.

Black mission figs are grown primarily in California. Their flavor has been described as "sweet with hints of vanilla." They can range between $1-$2 per pound depending on where you buy them. Brown turkey figs come from Turkey. 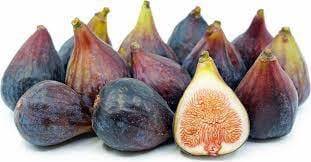 They taste like sweet apples, which is why they were named brown turkey. They cost around $3-$4 per pound. Both varieties are available year-round.

Figs are one of the most popular fruits worldwide. Black Mission or Brown Turkey figs are the finest to buy if you want the best figs. These are the sweetest figs available, and they’re rather simple to get by (as figs go). They’re also more expensive, but they’re well worth it. When ripe, you’ll find that Black Mission are smaller and wrinkled, and shriveled. Brown Turkeys are bigger than Black Missions and have brown exterior skin.

California figs are the most common in the United States

Californian fig trees grow all over the state. There are several types of figs found here: black mission, brown turkey, green valley, and white zinfandel. All four kinds are widely cultivated throughout the United States.

These varieties differ slightly in terms of size, shape, and texture. Some people prefer the larger sizes of the black missions while others enjoy the smallness of the brown turkeys. White Zinnendels are usually quite large, although not always. Green Valley figs tend to be medium-sized.

The main difference among these different varieties lies in how long they take to ripen. Most Californians will tell you that the black mission figs are the tastiest. This isn’t necessarily true though. If you live near a farm stand or farmer’s market, then you might be able to try out new varieties. You should definitely do so!

If you’ve ever wondered about what makes some foods more expensive than others, then you need to look no further than your local grocery store. While we don’t know exactly why figs are so pricey, we do know that they are very delicious when they’re fresh. We hope our article helped clear up any confusion regarding the price of figs.