So you’re at a party with all kinds of ice cream. The chocolate flavor won’t scoop nicely, that’s just one problem. It takes more time to form a single ball. There is no problem with the strawberry or the vanilla, so what is the problem?

There is something special about chocolate ice cream that makes it different from all the others. Here’s what’s happening. 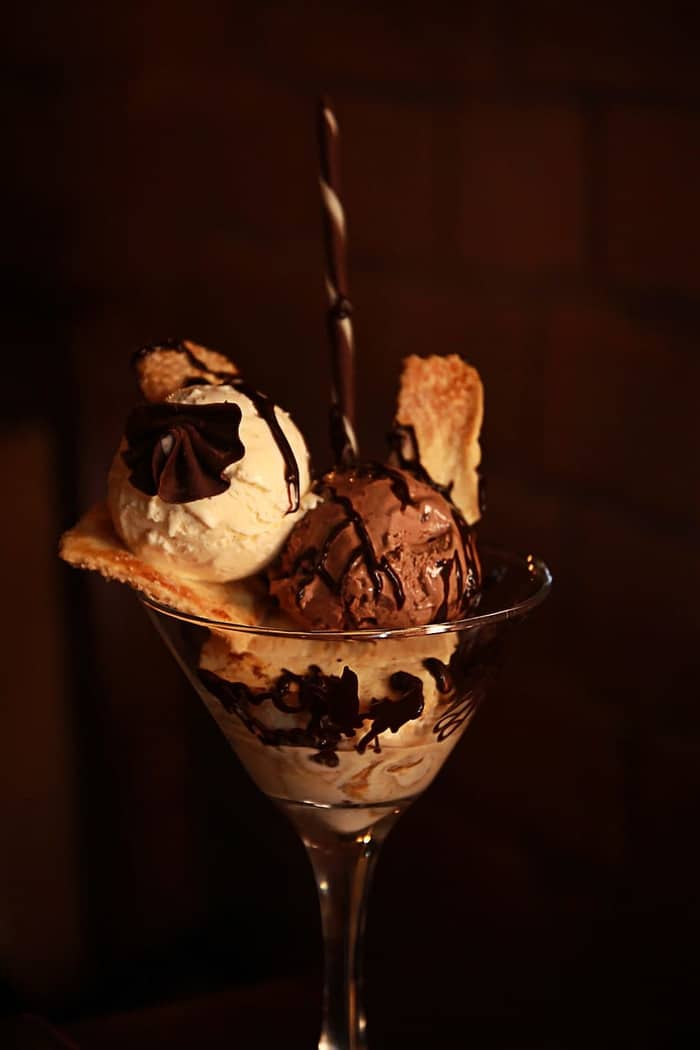 Why is it hard to scoop chocolate ice cream?

Even if you use the same recipe for all the flavors, chocolate ice cream still ends up being a more solid product that makes it harder to scoop. Extra cocoa is what makes the ice cream stick together much more. Cocoa is not the same as powdered milk or freeze-dried fruit.

To get a good flavor in chocolate ice cream, you need a large amount of cocoa. Depending on their prestige, how much each company adds depends. Most companies have two lines of products, common and high-end. The higher end products often have more than one ingredient, and that makes them taste better.

Compared to chocolate, the amount of products is less in vanilla and it’s easier to make. Milk, sugar, cream, and eggs are some of the things most of them contain. Some of them may even have actual vanilla beans.

The alcohol based extract loosens the ingredients and makes it easier to scoop vanilla ice cream.

The salt in caramel doesn’t allow it to full freeze

Salted Caramel has an unusual texture because of its unique combination of sweet and salty. When making this type of ice cream, there needs to be enough salt added to prevent the ice crystals from forming too early. If they do form before the right temperature is reached, then the ice cream will become grainy instead of smooth. This can happen when using regular table salt. You’ll want kosher salt which dissolves easily into liquids.

This happens with salted caramel in a different way. If you remember, salt is often thrown on sidewalks and roads to thaw ice, and this one has more salt than other ice cream types.

We’re not entirely sure how salt works on ice, but we’ve noticed that it’s also a factor when it comes to how thick a salted caramel ice cream will be.

It will be a little thicker than chocolate, but it will be easier to scoop.

There are a number of ways you can fix a tub of ice cream that’s just stubborn. We’re assuming it’s ice cream that you’ve bought. If you’ve made chocolate ice cream, you should know that you can loosen the final product by adding more sugar or alcohol-based extract.

Here’s how to scoop some ice cream, chocolate or not. 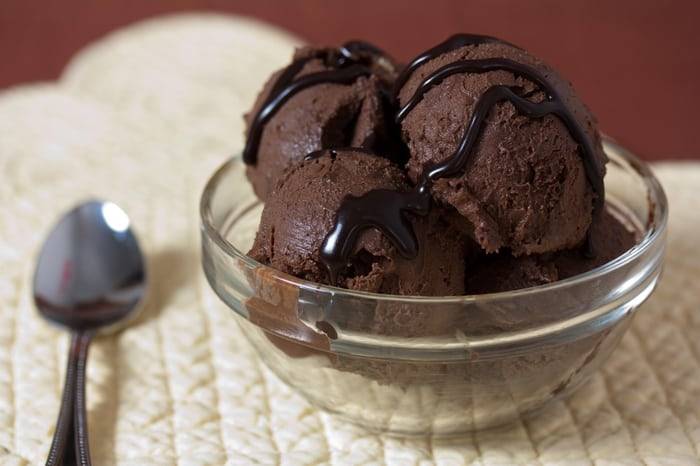 If your ice cream was frozen overnight, let it sit at room temperature until soft. Then put it back in the freezer so it gets cold again. Throwing it straight out of the freezer won’t work well since it might melt faster than normal.

The ice cream needs to be put in the fridge for 20 minutes before we serve it. Yes, the whole thing. If it’s only half empty you can leave for 10 minutes.

The goal is to provide an even thaw. If you leave it on the counter, the sides will get soft, and eventually liquid, when you get to the middle. You don’t want just the sides of ice cream that’s in three colors.

You can pick from any of the parts you want, if you thaw it in the fridge.

One idea is to make sure the scoop is warm. Dunk the scoop before each scoop if you get hot water in a bowl.

It makes for a faster serving by reducing the amount of ice cream left on the scooper.

You can chop ice cream up with a knife if it’s really stubborn. It’s a good idea to run it through any pattern you want, but the point is to create smaller bits that will be easier to scoop.

You should thaw chocolate ice cream a little bit longer than other flavors. Not all ice cream is equal. Lighter colored ice creams will melt faster because they have more water.

Chocolate ice cream is harder to scoop because of the high fat content. Salty caramel ice cream melts slower as well. There are many factors involved here, including the ingredients used.

When buying ice cream, look for brands that use real milk products like heavy whipping cream and butterfat. They tend to produce smoother results.

For those who love their ice cream extra creamy, try mixing in whipped topping after freezing. That will help keep everything together better.

Leeches are blood suckers that live off other animals. They have a long history of being used as medicine and food. Can you survive without them?Leeches are parasitic flatworms that feed on the blood of their host animal. The leech sucks out the blood through its mouthparts, then deposits the blood into its stomach where…

Hollandaise sauce is a classic French sauce that has become a staple in American cuisine. But did you know that it contains high levels of trans fats? What can you use instead of hollandaise sauce?Hormel Foods Corporation was founded in Austin, Minnesota in 1866. The company produces canned meats and other food items. In addition…