If you’re looking for a dairy alternative, then you may have heard of goat milk. It’s one of those milks that doesn’t get a lot of attention because of its price, and then people don’t really touch it due to that. The smell as well.

Why is goat milk so expensive? There are not as many people wanting to get some like cow milk. It turns out that goats are difficult to milk and that the milk is usually used for something else. Take a look at it. 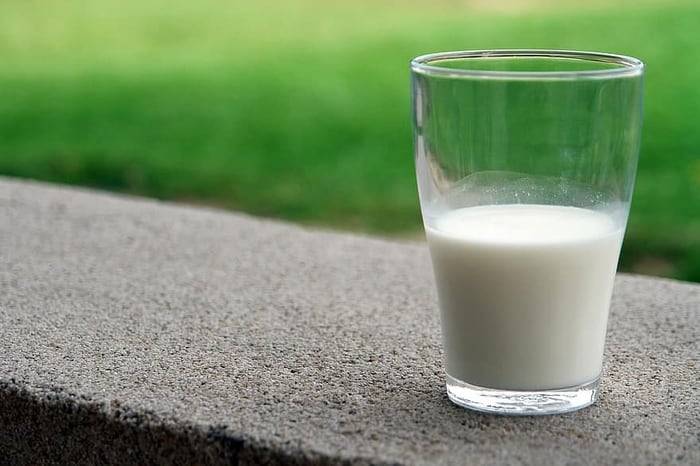 Why is goat milk so expensive ?

Goats produce less milk than cows, and this leads to the high cost of goat milk. A healthy goat can produce up to a gallon of milk a day, compared to a cow who can produce 3-4 gallons. It’s important to keep a goat farm clean and well maintained, especially if you want to produce a lot of milk. More work for the goats.

Another reason is that goat milk is often used in personal care products. Not many, but you will find it in a variety of products like in some lotions, soaps, moisturizers, and even supplements.

Goats are not the most profitable, at least from a practical point of view. Compared to cows, goats are smaller and can produce less milk per day. There are two types of goats: goats bred for milk and goats bred for meat. The ones made for milk are only able to offer so much in a day.

A whole lot of goats is needed by any goat farmer that wants to produce consistently and reliably goat milk. A lot of mouths to feed, a lot of feces, and a lot of space for goats to live.

The goats are fun, but they are very stubborn. Did you attempt to make a goat do anything? Milking isn’t as straightforward as with cows because they have a lot of personality.

The goat milk needs to be sold at a premium price so farmers can cover their expenses and make a profit.

Some people think goat milk may be less allergenic than cow milk. This is usually supported by claims of children being allergic to goat milk even though they are allergic to cow milk.

Lactose can be found in both goat and cow milk, and it’s usually the cause of allergies. There’s no evidence that goat milk is better than cow’s milk. We’ll explore the differences between goat milk and cow milk right now.

Butterfat is found in both cow and goat milk in the form of small globules. The fat globules in cow milk are larger, making the cream rise to the surface in raw cow milk.

This is the main reason cow’s milk is homogenized, because it has to be broken up into smaller pieces by a high pressure sieve. The milk will not separate from the emulsion if this is done.

The fat globules in goat’s milk are very small, so it doesn’t need to go through the same process.

The goat’s milk is thought to be slightly different from cow’s milk in that it is easier to digest.

It also has a much stronger taste 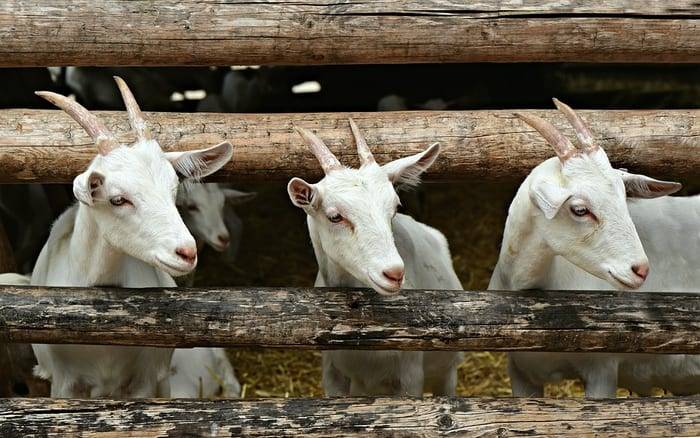 Both cow and goat milk has a smell that is similar to an animal. The way goat meat tastes is very gamey and goat’s milk tends to be much stronger.

Learn More:  How to know if milk is spoiled (5 common ways)

Depending on your personal preferences, this can be either a good thing or a bad thing. Some people are not fans of a strong taste, and some people love the taste and think it adds to the overall flavor. You definitely need to try it, if you’ve never had it before.

There are other factors involved when comparing these two milks. For example, goat milk does contain lactoferrin which helps fight off infections. Cow milk lacks this protein.

Goat milk has more fat than cow milk. 100 gr of cow’s milk contains 1 gram of fat, while the same amount of goat’s milk has 4 grams of fat. The cheese you make from goat milk is going to be creamy.

The fat in goat milk is very evenly dispersed, meaning that the cream will not rise to the surface and make for an evenly creamy milk.

Can you substitute goat milk for cow milk ?

We don’t see why it wouldn’t be possible. The milks are similar in terms of nutrition, but cow’s milk has more B12 and folate than goat’s milk, and less fat.

If you like the taste then everything’s fine, because they would behave the same in a recipe. If you’re looking for an alternative to cow’s milk, this switch could be a good one.

Avocados are exotic superfoods that are very expensive. But paying for avocados is worth it as they are also a great source of vitamins, minerals, dietary fibre and healthy fats. However, if this superfruit is in your budget then you should include them in your daily diet as they have many health benefits. But guessing…

Wood stoves are great for heating homes during winter months, but they also pose some risks. How hot can a wood stove really get?Wood stoves are very efficient at producing heat, but they also produce carbon monoxide CO gas. CO poisoning is a serious health risk, especially for children and older adults.According to the US…

Starbucks has been around since 1971. The company offers over 20 million customers a year their signature drinks. In order to create these delicious beverages they use Blenders. Have you ever wondered what type of blender they use? If you want to make coffee at home and don’t want to mess with beans or grinders,…

Bath bombs are fun and relaxing, but they also contain chemicals that can cause skin irritation. Can you really eat them?Bath bombs are little balls filled with bubble bath or other scented ingredients. They come in various shapes and sizes, from small to large.You can eat bath bombs because they aren’t food. They are usually…