Bread browning is a natural process that occurs when bread is baked. It’s an essential part of baking bread because it gives bread its characteristic crusty texture.

When the bread is first placed into the oven, it is usually white and soft. As the bread bakes, the starch inside the dough turns into sugar, which caramelizes and creates a golden crust.

Bread is an essential part of our daily lives. It’s used in sandwiches, wraps, salads, soups, stews, casseroles, and even desserts. To get a golden-brown bread crust, make sure you use the perfect amount of steam and the optimum temperature. You can be preventing your bread from browning if you use too much steam, and too low a temperature won’t give you the best crust caramelization.

If you’ve ever tried baking bread, you probably noticed that it doesn’t always turn out perfectly browned. If you’re looking for a way to get your bread to brown evenly, then keep reading. I’m going to share with you five tips for making the perfect crust. These tips will help you achieve the perfect crust every time.

Why You’re Not Getting Good Browning?

The most common reason why people don’t have good browning on their bread is they are using too little heat or not enough steam. When you bake bread at home, there should be plenty of steam coming off the top of the loaf. This helps create a nice crust by creating moisture pockets within the crumb. Too little steam means fewer moisture pockets, so the bread ends up dry and hard. 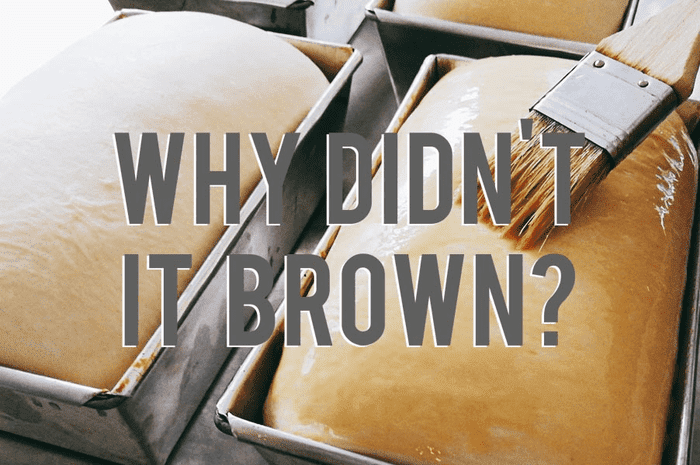 You also need to ensure that the oven isn’t too hot. A lot of times we think that the oven needs to be hotter than what it actually is. We want more coloration, but this causes the outside of the bread to burn before the center has had a chance to cook through. So instead of getting a dark crust, you end up with a burnt exterior and undercooked interior.

Another thing that could cause poor browning is overmixing the dough. Over mixing makes the gluten develop faster, causing the bread to rise quicker. But as soon as the bread comes out of the oven, all those bubbles burst, leaving behind holes in the crust.

So how do you know whether you’re doing it right? There are two ways: 1) look at the bottom of the pan; 2) listen to the sound of the bread. Look at the bottom of the pans after about 10 minutes. If the bottoms aren’t starting to brown yet, then increase the heat slightly. Once the bottoms start to brown, reduce the heat again. Listen to the sound of the loaves while they’re still warm. They shouldn’t crackle like popcorn. Instead, they should just pop gently. If they crackle loudly, then decrease the heat.

The type of oven matters too. Some ovens produce less steam than others. And some ovens may require different temperatures depending on the size of the loaf. In general, though, you want to aim for around 350°F. The recipe and the temperature listed here were tested in my own kitchen. Feel free to adjust them based on your preferences.

How To Get A Better Crust?

Crusty bread is a thing of the past. It’s hard to find a loaf of bread these days that doesn’t have a soft, chewy crust.

But if you want a better-tasting crust, there are a few things you can do.

First off, buy a loaf of bread that has a higher gluten content. Gluten is the protein found in wheat flour that gives bread its elasticity. The higher the gluten content, the softer the crust.

Second, try baking your bread at a lower temperature. This will give you a crunchier crust because the bread will cook faster.

When you use less steam during cooking, you’ll notice that the crust turns darker sooner. That’s because when you add water into an already heated environment, it evaporates quickly. As a result, the surface gets drier much faster.

This is especially true when you make pizza. Because the toppings sit directly above the dough, they absorb the excess moisture from the air. Then, once the topping starts to bubble, the moisture escapes back down onto the dough.

This effect happens even without any added liquid. Just take a piece of paper towel and place it underneath the pie plate. You’ll see that the paper towels get soaked pretty fast.

To avoid this problem, simply put a lid on your dish halfway through cooking. Or cover half of the food with aluminum foil. Either way, the steam won’t escape until the food is done.

Use A Dutch Oven

A dutch oven is basically a cast iron pot used for stews or slow cooker recipes. These pots work well because their thick walls retain heat very efficiently. Plus, they don’t leak easily either.

If you’ve never cooked anything in one before, I recommend buying a new one. Cast iron heats unevenly, so you might not realize that something was burning unless you smell smoke coming from inside the oven. You also need to be careful not to overfill the pot. Otherwise, the contents could overflow out of the top.

You can actually bake bread at 450 degrees Fahrenheit. But most people prefer 400 degrees F, which allows the bread to develop more flavor. 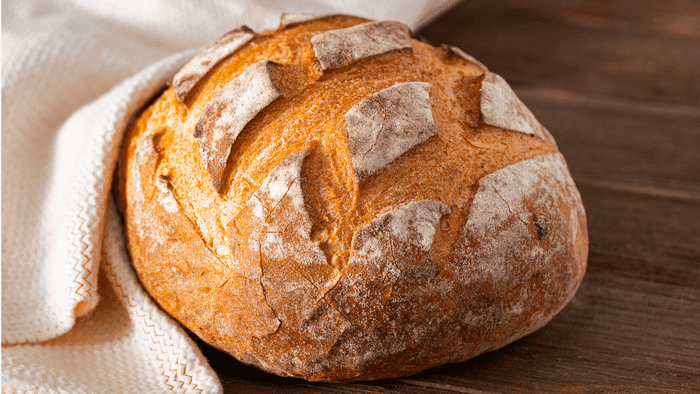 However, keep in mind that high heat makes the crust darken quicker. So if you plan to eat the bread within 30 minutes, stick to 400 degrees F.

Add Some Form Of Sugar To Your Dough

As those pockets grow larger, they eventually burst open. At that point, the bread becomes lighter colored. And since the color comes from the trapped gases, adding some sugar creates a deeper golden hue.

The best part about using sugar is that it works great with other ingredients too. Try sprinkling cinnamon sugar on your next batch of banana bread!

Glazes are essentially sauces made from honey, molasses, maple syrup, etc. They’re usually applied after the bread cools completely. However, glazing doesn’t have to wait until then. In fact, you can apply them while the bread is still hot.

Just brush the glaze all around the edges of the pan where the bread touched. It should soak right up. If there isn’t enough time, just dip the edge of the bread into the sauce instead.

When making bread, proofing refers to letting the dough rise slowly overnight. This process gives the gluten strands time to relax and strengthen. As a result, the finished product will hold its shape better than if you tried baking it immediately.

In addition, proofing lets the bread’s internal temperature reach room temperature. That means the loaf has plenty of time to cook evenly throughout.

So what does this mean for you? Simply leave the dough sitting somewhere warm overnight.

And remember: Don’t forget to enjoy your delicious homemade loaves!

Do you ever get chest pains after drinking coffee? If yes, then you might want to read this article. Coffee Coffee has been around since ancient times. In fact, it was first discovered in Ethiopia. Coffee beans contain caffeine, which is a stimulant. Caffeine helps increase alertness and improves concentration. Chest Pain There are several…

Garlic: Garlic is a member of the lily family and is native to central Asia. It is used as a spice and medicine. Garlic contains sulfur compounds called thiosulfinates (S-alkenylthio) that give garlic its characteristic odor and flavor. These compounds are responsible for the pungent smell and taste of garlic. Amino acids: Amino acids are…

Vegetarianism has become very trendy lately. Many people are now choosing to go meatless because they believe it’s healthier or even better for the environment. But does it really matter whether you eat meat or not?The term “vegetarian” means someone who eats no meat at all. There are also those who follow a vegan diet,…

Bell peppers are a staple in our kitchen. They come in various colors and sizes, and they add flavor to dishes. The question is, how long does a bell pepper plant last?Bell peppers are grown from seeds. Seeds are tiny pieces of tissue that contain genetic material. When planted into soil, these seeds develop roots…

Pumpkin is a type of squash that has been around since ancient times. It was used as food and medicine. The word “pumpkin” comes from the Native American language. In English, the word means “winter squash”. Pumpkins are an excellent source of vitamin A, potassium, fiber, and iron. They also contain beta-carotene, which is converted…