Limes are citrus fruits that are grown in tropical areas around the world. Limes are used in many cuisines around the globe. They are usually eaten raw, but can also be juiced or added to other dishes.

The limes we buy at our local grocery store cost about $1 per lime and they weigh between 1/2 pound and 2 pounds each. A large bag of 10-12 limes costs less than a dollar! But why do limes cost so much more when you go to an exotic market like Whole Foods Market? Why is it that one lime from Mexico will cost almost as much as two limes from Florida? And what makes them so expensive anyway?

Limes are a type of exotic citrus fruit that originated in Southeast Asia. Around 1000 C.E., Arabian traders began transporting these little sour jewels to eastern Mediterranean countries, and their popularity has since risen. They’re used in tacos, ceviches, key lime pie, cocktails, and other dishes in modern cuisine. However, the price of limes has been steadily rising in recent months.

People have begun to notice and inquire, but answers are proving to be elusive. So we set out to figure out why limes are so costly in general, and why they’ve recently become more expensive. Continue reading to find out.

Contents show
1 What are Limes?
2 Why are limes so expensive?
2.1 The lime situation in Mexico
3 How does climate change impact the retail price of limes?
4 How to keep limes fresh for a long time?
4.1 Related Posts

Limes are a citrus fruit that has been used for centuries in cooking and medicine. They are also known as Citrus medica Limonum. The limes are native to Southeast Asia and India. They are commonly found in grocery stores and supermarkets. They are usually sold in their whole form.

Why are limes so expensive?

Limes are expensive because they are susceptible to citrus disease and are impacted by severe weather, and lime shipments (like avocado shipments) are sometimes kidnapped by drug gangs in Mexico. 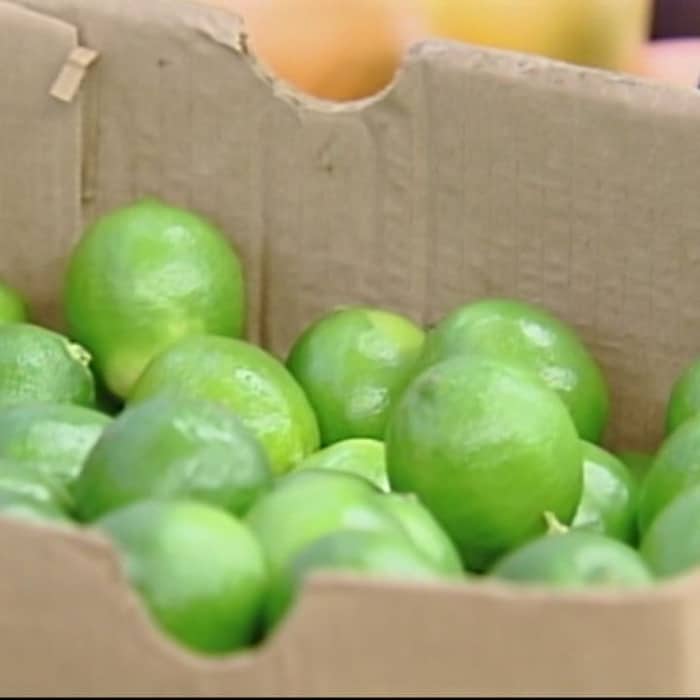 In order to grow healthy limes, farmers must use pesticides and fungicides on their crops. These chemicals kill off pests and diseases that affect the plant’s growth. Unfortunately, this means that some of those pesticides end up getting into the water supply. This causes problems for people who live near farms where limes are grown. It’s not just humans though; animals living nearby may get sick too.

In Mexico, there has been a prolonged drought, and lime production has suffered as a result. Because they have a superior environment, Mexico supplies virtually all of America’s limes. Limes are only in season in New Zealand from March to September, after which they are imported from America and/or Mexico. New Zealand and Australia cultivate their own limes and have a close relationship with Southeast Asia in terms of imports and exports.

Because of the high demand for limes worldwide, prices tend to fluctuate based on availability. In addition, the quality of the product can vary greatly depending on how well the crop was cared for during its growing process. For example, if the farmer didn’t spray his or her crop properly, then the resulting fruits could be bitter. If the farmer sprayed too heavily, then the fruit might be overgrown and misshapen.

Nonetheless, output in Mexico always exceeds the overall quantity, so any big crop loss there will be felt across the world. The cost of a 40-pound case of limes in 2019 was $52-55. This is the retail price, not the amount you’ll pay at a shop. You might easily end up spending $2 per lime due to middlemen, shipping fees, and supermarket retail price markup.

The lime situation in Mexico

A number of things have contributed to this. Mexico produces 98 percent of the limes consumed in the United States. This implies that anytime manufacturing and supply are interrupted, the repercussions are severe, raising import costs. 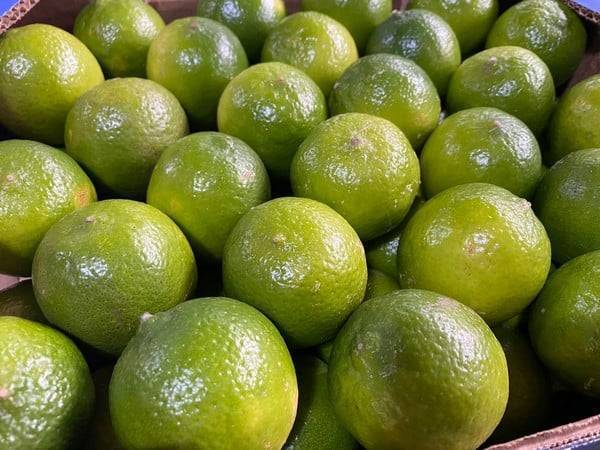 The retail price rises if the farmer does not produce as much as expected due to weather or crop disease. Limes are twice as costly as their sour relatives, lemons. Fresh Lime production is in low supply, notably in Mexico. The present drought is the primary cause of the slowdown in production. Not only is the number of limes in jeopardy, but so is the quality.

Mexico also suffers from an ongoing problem with kidnappings. Drug cartels kidnap workers and force them to work under dangerous conditions. Some of these laborers die while working in the fields. Others escape and tell authorities what happened. As a result, many Mexican farmers no longer feel safe bringing their products to market.

This leads to fewer sales and higher retail prices. Farmers don’t want to risk losing money when it comes time to sell their goods. They’re more likely to hold back until the next harvest. That way, they won’t lose out on potential profits because of bad luck.

This isn’t good news for consumers either. When the supply chain gets disrupted, retailers raise retail prices to make up for lost revenue. Retailers often pass along the added expense to customers by increasing the retail price of other items sold alongside the limes. A key piece of information is that Mexico is obligated to supply water to the southern states of the United States under a deal made in 1944. The issue is that Mexico has a drought every year, which is becoming increasingly difficult to handle. Mexico’s dams now have insufficient water to supply its own crops, let alone export them.

For months in 2020, there have been riots and protests over water shortages, which have harmed all crops, not only limes. Because this is an ancient and contentious topic, it is unlikely to be resolved anytime soon. Mexico produces about 90% of the world’s limes. However, it suffers from an ongoing problem: citrus greening. Greening is caused by a fungus called Huanglongbing. HLB affects many plants including oranges, lemons, grapefruit, tangerines, pummelos, kumquats, mandarins, sweet orange trees, citrons, and even avocados.

It spreads quickly through the tree via sap running along branches and leaves.

How does climate change impact the retail price of limes?

Climate change is having an effect on the cost of limes. As temperatures rise, it becomes harder for plants to produce enough food to sustain themselves. When you consider that many tropical regions rely on agriculture to survive, this makes sense.

But when you think about what happens when a region experiences droughts, floods, hurricanes, tornadoes, earthquakes, tsunamis, and other natural disasters, things start looking pretty grim. And these events aren’t limited to one country either. Climate change affects us all!

Where can I get inexpensive limes?

Lime prices have impacted not just consumers but also eateries. Due to the average price disparity, restaurant owners have been substituting lemons for limes in recent years. “How can one locate inexpensive limes?” remains the question. It’s possible that the solution isn’t as tough as you believe. 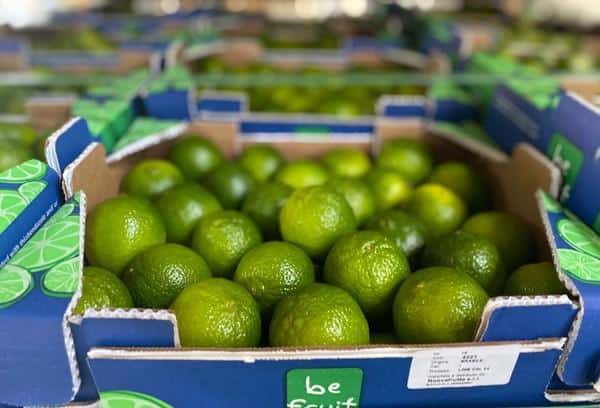 To get the greatest bargain, you won’t have to go south of the border. When compared to grocery shops, shopping at your local farmers’ market may save you a lot of money. When opposed to purchasing items individually, buying wholesale in bulk saves money. Limes should also be in season, which can help you save money.

If you live near a farm or grow your own fruit at home, then you can save some cash. You’ll need to know how much lime juice you use each week so you can plan accordingly. If you buy fresh-squeezed juice, you should expect to pay around $1 per cup. This means that if you drink two cups of lime juice daily, you could end up paying as little as $4 per month.

How to keep limes fresh for a long time?

You’ll need to know how to preserve limes once you’ve found a great bargain on them. Limes, unlike other citrus fruits, have a lengthy shelf life.

Limes can be stored in the refrigerator for up to a month. Just toss them into the crisper drawer. If you want your limes to last even longer, put them in a Ziploc bag and vacuum the air out. They can be stored for up to six months.

You don’t want to waste any precious resources like limes. To ensure they last longer, store them properly. Keep them away from direct sunlight and extreme cold. Store them upright with their stems facing upward. Don’t place them directly into plastic bags because moisture can seep inside. Instead, wrap them loosely in paper towels before placing them in airtight containers.

When stored correctly, limes are likely to stay fresh for several weeks.

As we continue to experience climate changes, there will be fewer crops available year-round. In addition to this, natural disasters such as drought, flood, hurricane, tornado, earthquake, tsunami, etc., will become increasingly common.

These factors combined mean that people will find it difficult to obtain affordable supplies of certain foods. For example, due to rising costs, limes might no longer be readily available. i hope this post helped you understand why limes are so expensive and helped you with all your food curiosities.

Do you ever wonder whether you should keep your beer cool or warm? Beer has been around since ancient times. And while there are many different types of beers out there, the basic recipe hasn’t changed much. P3b_DnHcX5E Today’s beer is brewed using malted barley, hops, yeast, water and other ingredients. What are the factors…

Semi-ripe Plantains Semi-ripe plantains are not ripe enough to eat raw but they are ready to eat if cooked. To know whether plantain is semi-ripe or fully ripe, you can cut off the tip of the stem end and see if the skin turns dark greenish yellow or light greenish yellow. If it is light…

You’ve probably heard that raw chicken should be refrigerated after being cooked. But how long does it stay good in the fridge? Is there a time limit?Raw chicken has a short shelf life because bacteria grows rapidly at room temperature. The USDA recommends that raw poultry be kept below 40 degrees Fahrenheit 4.4 degrees Celsius….

Tea has become a favorite drink around the globe. While some people prefer black tea, others enjoy green or white teas. There are also various types of tea, such as oolong, chai, pu’erh, and matcha.Tea is believed to have originated from China. The Chinese emperor was said to have discovered its medicinal properties after he…

Rotisserie chicken is a popular food item that has been around for decades. It is usually cooked in an oven and then placed on a rotating spit. The chicken is then rotated until it is done. Rotisserie chickens are often sold at grocery stores and restaurants. They are also sometimes found at farmers’ markets. These…

Do you ever wonder if meat really goes bad after a certain amount of time? Meat has been around since prehistoric times. In fact, our ancestors would often eat raw meat because it was easier to digest than cooked food. JXqx_VH6fNk In this article I’m going to explain you 5 ways to tell if meat…